My wife and I moved to New York City about 30 years ago after [warning: run-on sentence] stays in various Chicagoland suburbs, after getting married in the Detroit suburbs, after graduating and leaving East Lansing Michigan, after growing up in The DMV (Maryland suburbs of DC) after spending part of my childhood in the Nation’s Summer Capital after spending part of my childhood in various Boston suburbs after being born in Boston.

Things change so I’d better get used to it.

Conversely, when we expect something to change, like an improving housing market or snow melting when the temperature goes above freezing, it’s not always so simple:

And so are those huge snow piles still in Boston after winter’s epic wrath. Here’s why.

In this week’s Three Cents Worth column for Curbed New York, I took a look at cash versus financing trends in Manhattan over the past year: How Many NYC Apartments Are Bought With Cold Hard Cash? 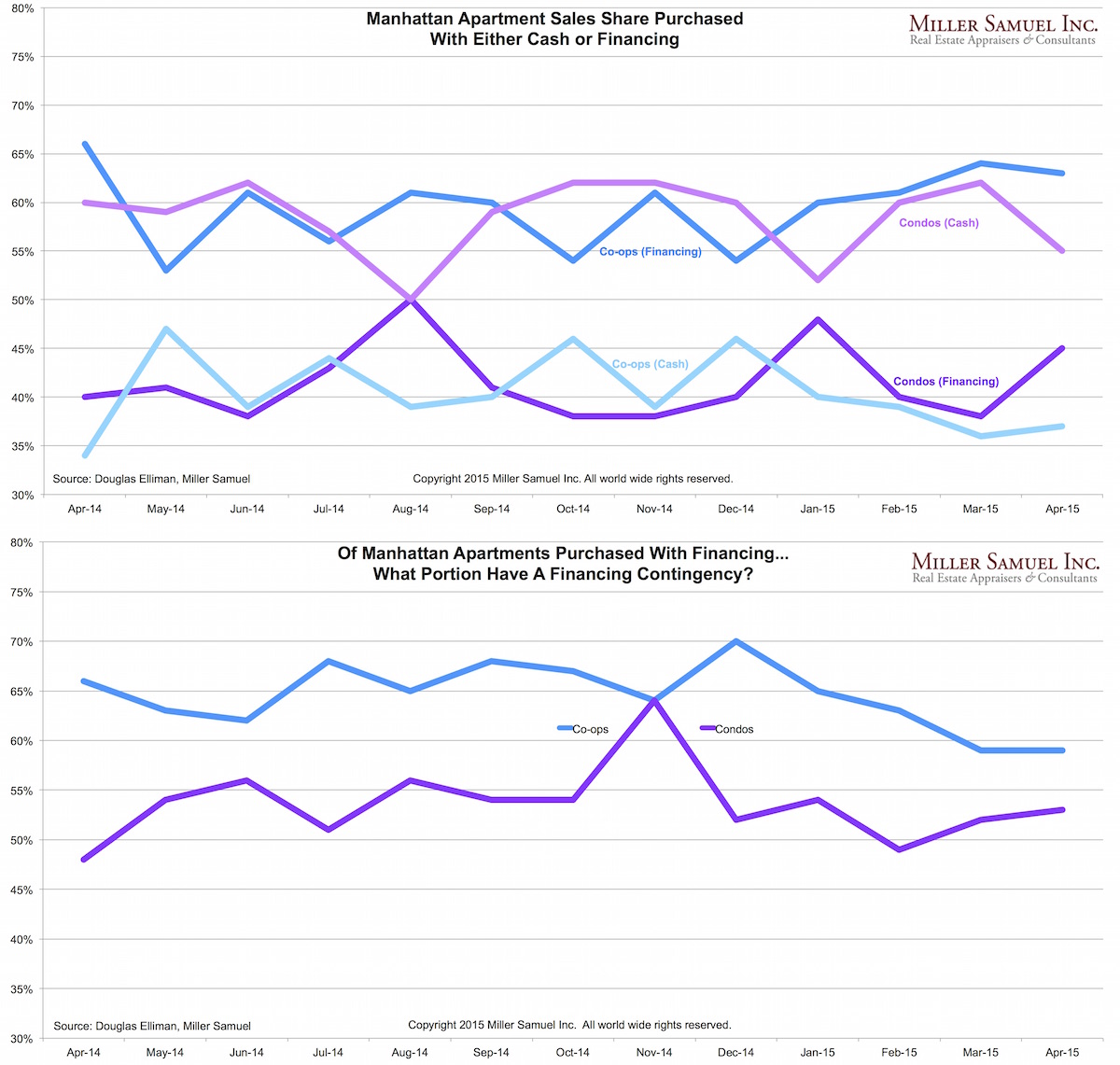 While Manhattan cash apartment purchases (and coffee) remain surprisingly strong in Manhattan, so has gentrification. 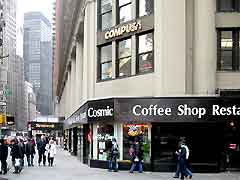 On the first weekend my wife and I moved into our first Manhattan apartment (circa 1986), we went to breakfast at an old diner nearby just off of Columbus Circle. The waiter approached the table a few minutes after the hostess seated us. He was in his late twenties with his shirt unbuttoned down about two thirds of the way to his belt buckle and wore a number of long and thin gold chains around his neck. Without making eye contact he said firmly, almost rudely and devoid of emotion:

He took our order without writing it down, committing it to memory. He returned with a terrific breakfast in what seemed to be only a few minutes.

We loved the experience and I regaled my midwestern relatives about how different life in the city was. The city was in-your-face and chaotic but things got done and I loved it. That first breakfast in a diner as official Manhattan residents remains seared in my memory.

From that point on, anytime I had a morning appraisal inspection in the neighborhood, I went out of my way to pay a visit. I was motivated by the comfort and familiarity of the place as well as the assumption that it wasn’t going to be there forever. Sure enough my beloved Cosmic Coffee Shop closed after more than 30 years in business. To continue the tradition, I still tend to gravitate towards old diners in Manhattan when I am out and about because like the Cosmic, their days are numbered as well.

Don’t get me wrong, there is a lot more to the New York City culinary experience than old diners. Yes, I am a guy who loves drinking coffee out of a thick ceramic mug but I’m not against gentrification as a general trend. Change has to occur. Grow or die. But the way the things are going, cities are losing the very people they need to keep growing. That’s why affordable housing is such a huge and important issue across the U.S.

The biggest challenge facing cities today is striking a balance between replacing and upgrading services but still enable the creation of affordable housing for working and middle class residents.

Over the past few weeks, stories about small businesses being displaced by gentrification, especially in New York, were seemingly all over the media.

Why Are There So Many Shuttered Storefronts in the West Village? [The New Yorker] 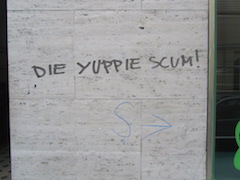 Namely because many “yuppies” are being displaced too.

In the 1980s, if you walked through a Manhattan public park in broad daylight you took your life in your hands. Crime was high, graffiti and trash were everywhere.

I remember inspecting a new condo conversion on Tompkins Square Park with “Die Yuppie Scum” spray painted on the front door, a burned out rusted school bus on blocks was parked around the corner and garbage was everywhere. Now that’s all cleaned up and cost of rentals and condos are soaring, pricing out many people who counted on the neighborhood for affordable housing including those Yuppies.

As the waiter asked me long ago “What do you want?” Well, I think I’ve told you…and no, I don’t want more snow.