On the other hand, the images of the ball skipping across the water are in sync with my golfing ability, the result is clearly not:

His second in two days, Jon Rahm skips his way to a hole-in-one at No. 16 – on his birthday, no less. #themasters pic.twitter.com/rtefAN5XtH

Since I’m all about charts, Bloomberg’s coverage of the October report had a nifty chart that illustrates the sudden jump in new leases. 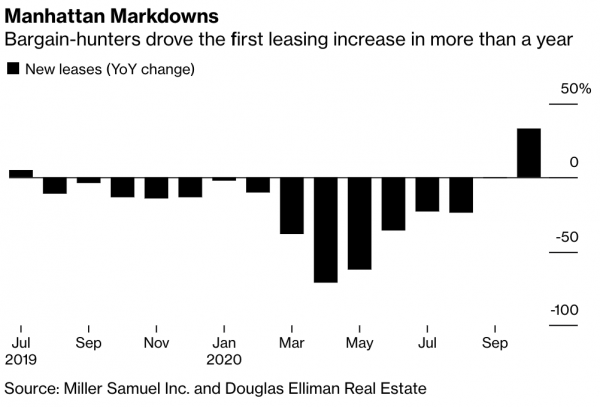 And using my subjective power of correlation, that chart help the storyBloomberg story ended up being the 14th most emailed story by the 350K± Bloomberg Terminal subscribers.

But The City got the chart fever and gave us a two-fer: 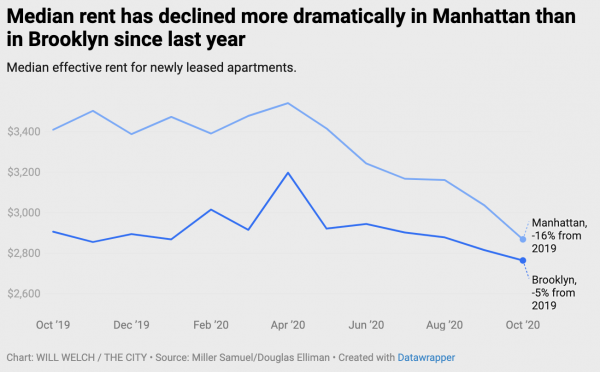 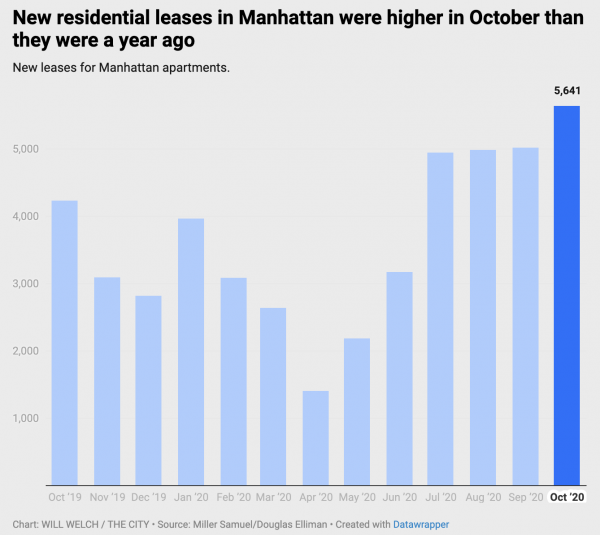 “New leases surged to the highest October total in twelve years, as falling rents are beginning to pull tenants back to the city.” 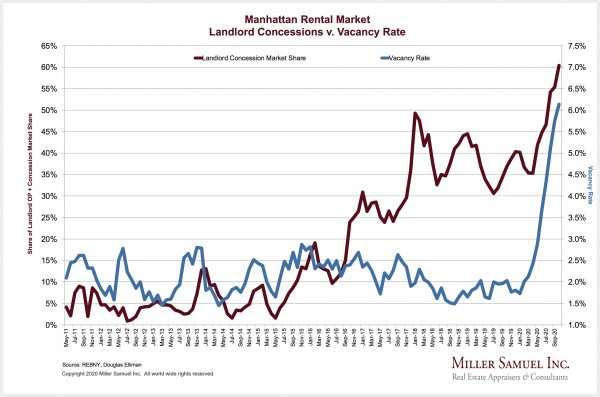 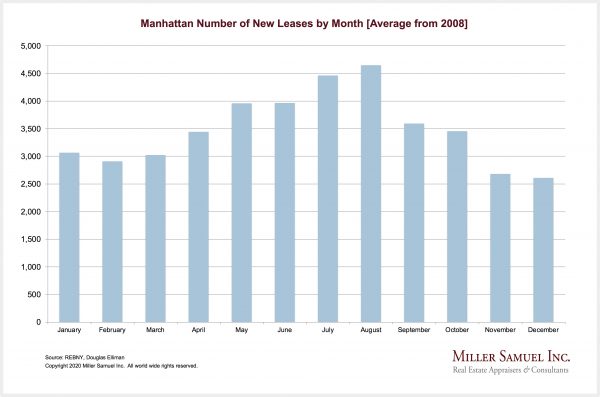 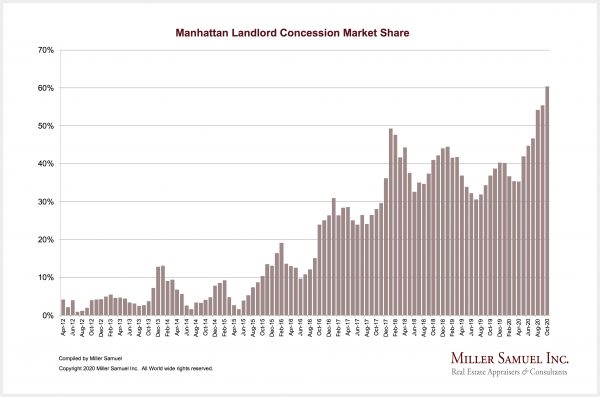 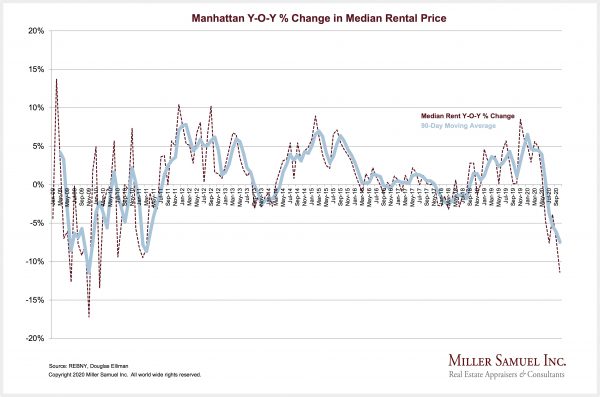 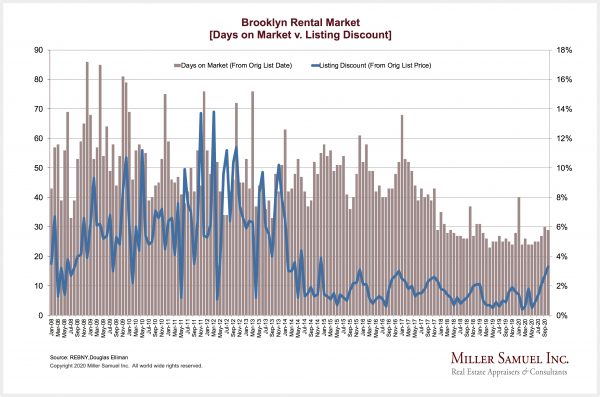 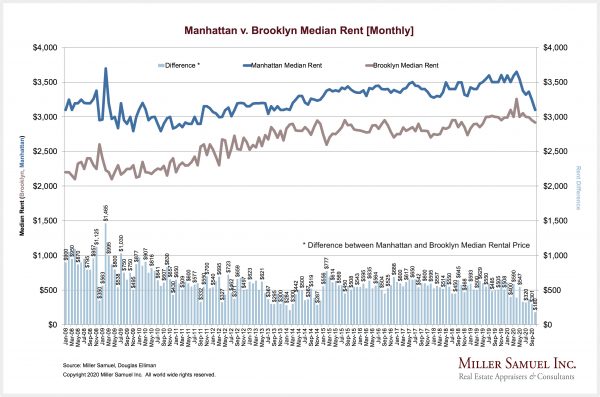 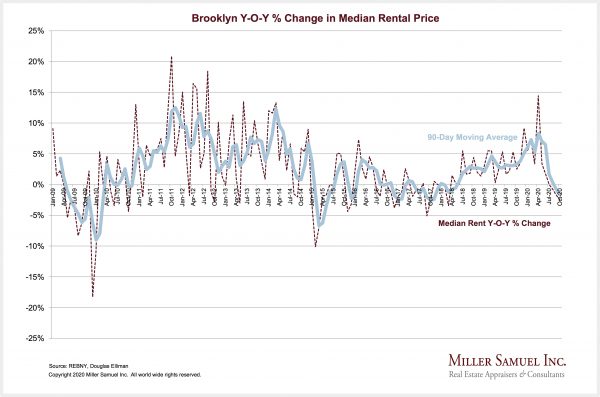 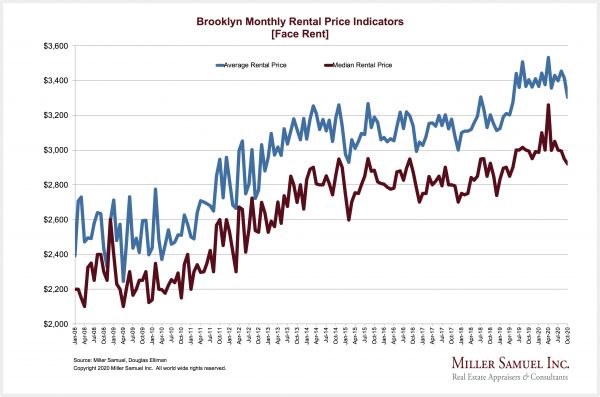 [Northwest Region]
“New leases signings and rents have continued to fall since the lockdown ended in June.” 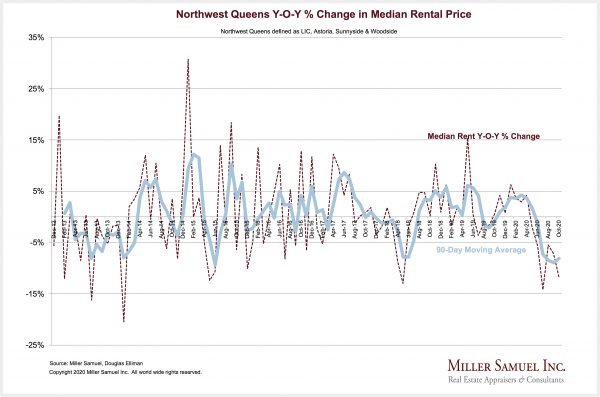 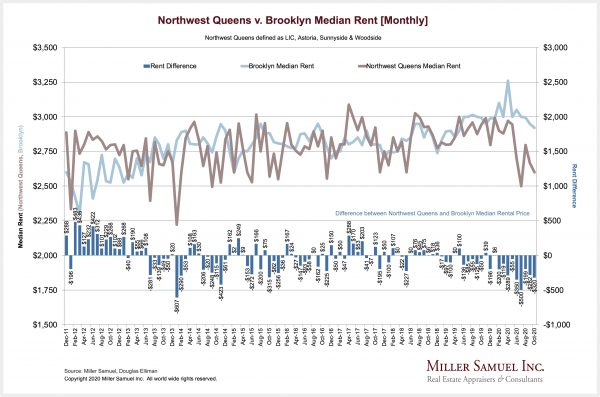 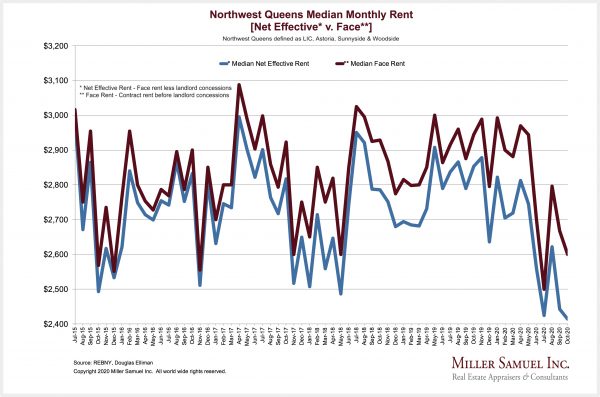 Was interviewed by Eddie Small at Crain’s New York about the results of the Elliman Report: October 2020 Manhattan, Brooklyn & Queens Rentals. Fun stuff and we got to get a glimpse of Eddie’s apartment.

CNBC Video: Manhattan Real Estate May Be Turning The Corner

Robert Frank of CNBC discusses the results of the Elliman Report: October 2020 Manhattan, Brooklyn & Queens Rentals. The drop in prices finally begins to pull in tenants to the rental market.

Yahoo! Finance reporter Sara Paynter writes a piece on the state of NYC’s housing market that, among all the bad news, catches me showing a bit more optimism than usual.

“We’re seeing a tremendous influx of younger consumers and, you know, we may end up seeing some sort of Renaissance that we can’t really imagine at this point. I’m very optimistic about that aspect of the city’s future”

Earlier I had a great conversation with Alexis Christoforous on Yahoo Finance TV:

Who Wouldn’t Love Puppies as A Housing Market Indicator? 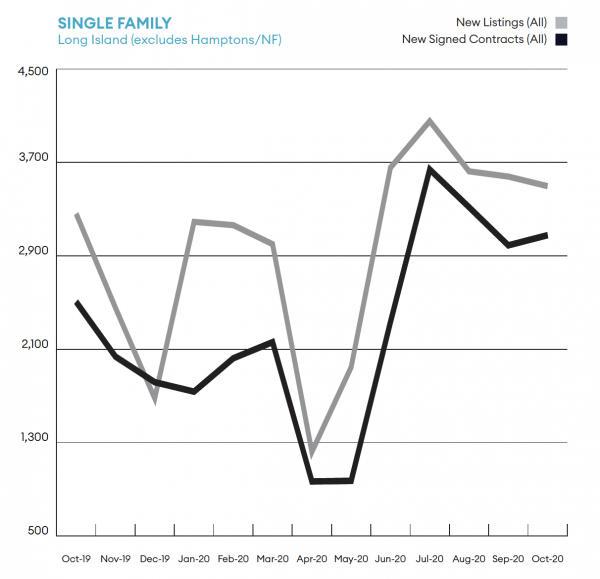 Now think puppies (or kittens & bunnies) and look at the chart below. It works, right?

One more thingie from that hilariously detailed new BofAML study on young 'uns. It's puppies, all the way down. pic.twitter.com/ZHgOi4TqYu

Bloomberg crunched the numbers that showed how dependent the city is on the wealthy for tax revenue. Richest New Yorkers Will Devastate City If They Leave With $133 Billion

Outbound migration of the wealthy will mean the city will be unable to sustain the level of services that keep NYC competitive with other cities. 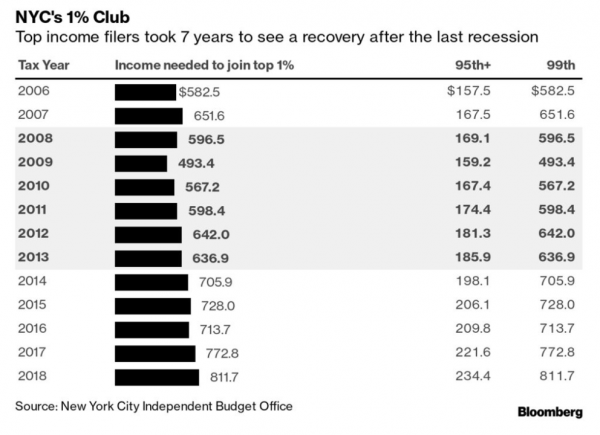 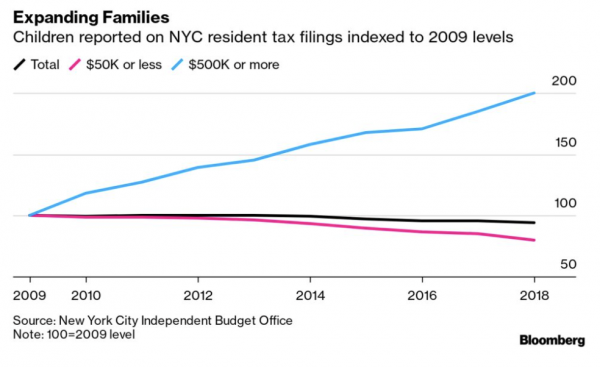 Donna Olick of CNBC gives us the details.

When record-low mortgage rates and U.S. record low inventory meet surging U.S. demand, partly fueled by the release of pent-up demand from the COVID lockdown, prices rise disproportionately. It gets people thinking about bubbles and concerns down the road.

My problem with this lesson from the past is that mortgage lending is no longer the enabler, only if on the margin. During the housing/credit bubble boom/bust more than a decade ago, lenders lost their minds but now lenders seem to be practicing risk management.

This Bloomberg Opinion piece Home Prices Are In a Bubble. Full Stop. seems to have missed the part about the enablers.

In the current scenario, when homes get too expensive for people to afford, they don’t buy them, right? Pending Home Sales Falter 2.2% in September

Still, the Bloomberg charts are fascinating. 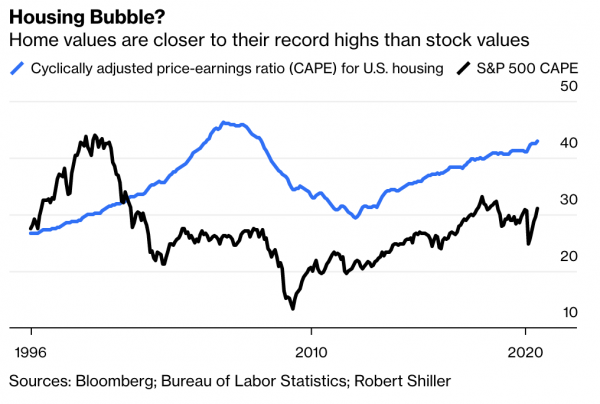 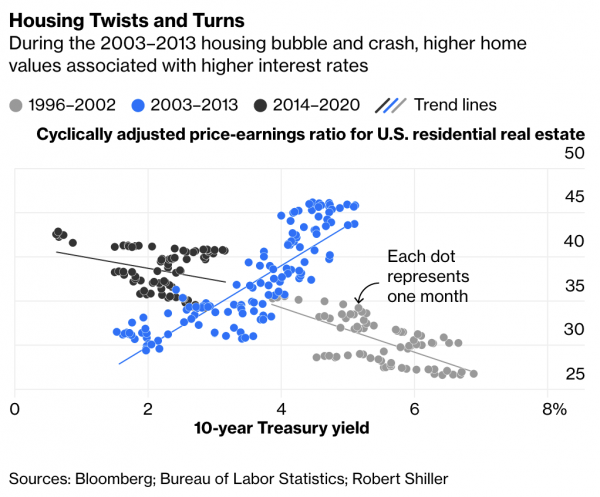 GoFundMe: Let’s All Help Recently Retired Appraiser Judy Dowdy Who Was Hit By A Car

My appraiser colleague and friend Joe Lynch reached out to me to spread the word about Judy:

My friend Judy Dowdy, recently retired Lake Tahoe appraiser, was hit by a car last month in Oregon and almost died. She has a long rehab ahead of her and we started a GoFundMe. Too many GoFundMes this year….
https://www.gofundme.com/f/judy-dowdy

Can you mention it or at least request appraisers to pay attention while driving? Not everyone takes the subway to appointments LOL.

On December 19, 2019, The Appraisal Foundation asked Senator Sherrod Brown and Congresswoman Maxine Waters to audit the regulators over them. Notice how TAF forgot to mention themselves to be included in the audit request yet they are integral to the U.S. valuation system? Remember what they said in their infamous bat-shit crazy letter about the ASC not having the right to provide oversight? 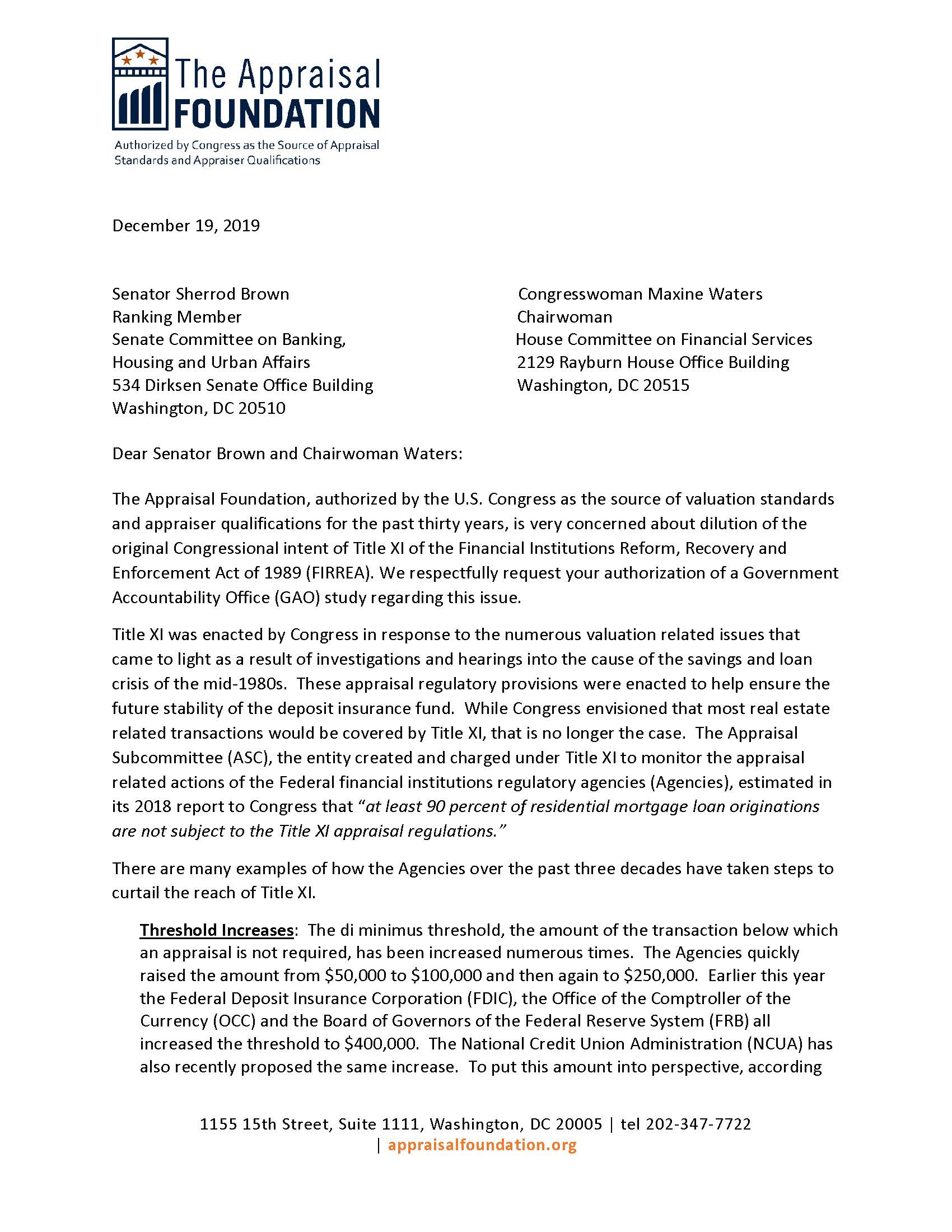 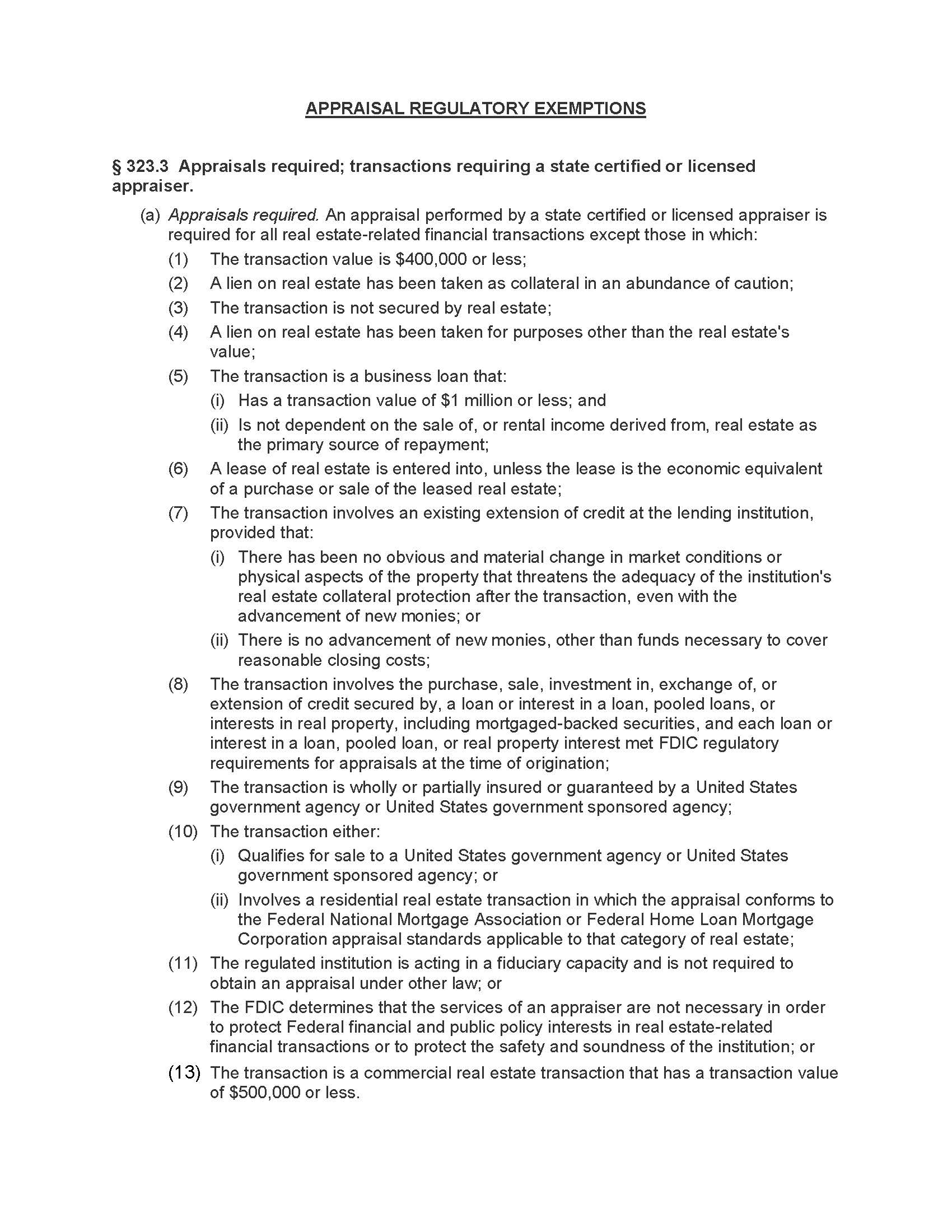 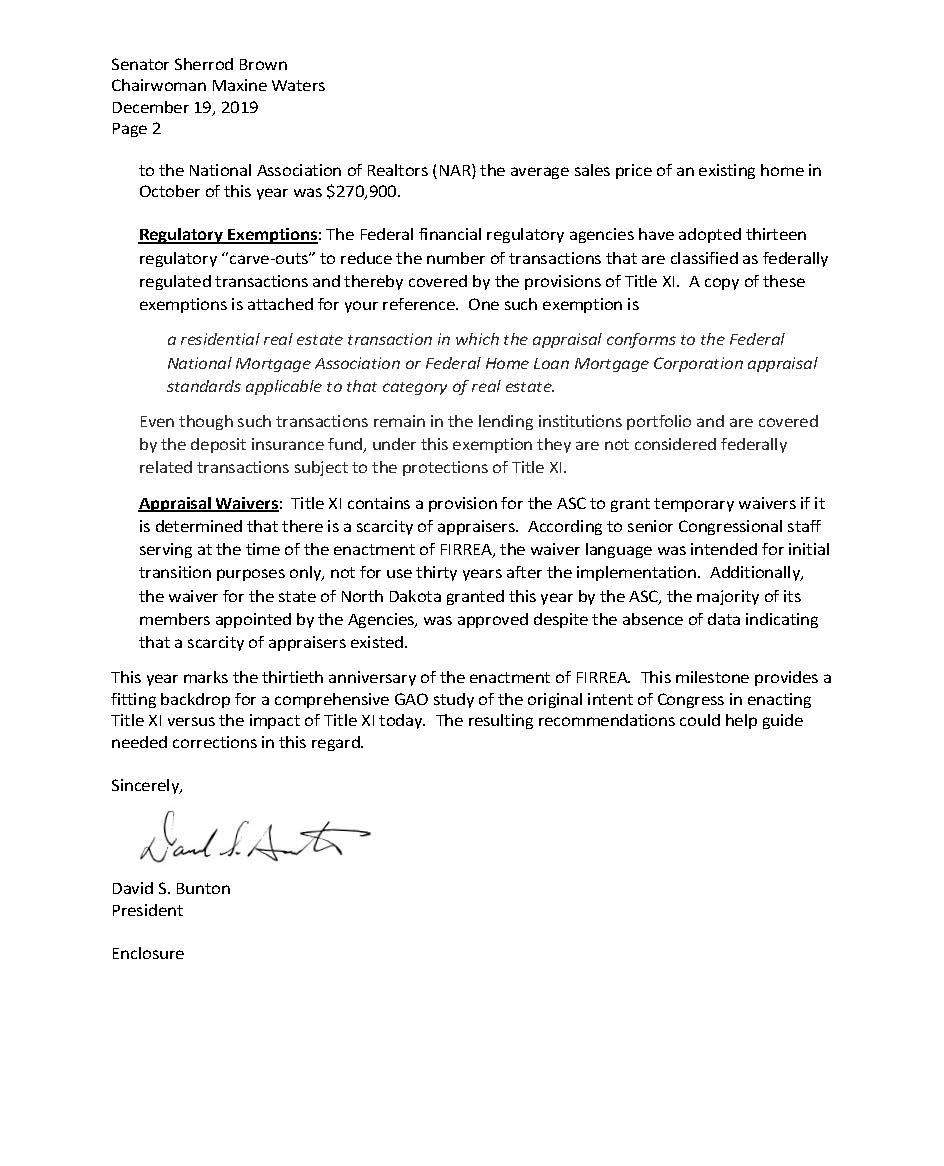 After the December request, Maxine Waters and Congressman William Lacy Clay followed through and made the request for the GAO audit of TAF’s regulators.

President Dave Bunton announces the GAO audit in a TAF press release in February 2020, using his 3 decades of bureaucratic experience, smugly showing that he has made life more difficult for his regulators – being able to pull this off without pulling TAF into the mix under the guise of greater transparency. Despite TAF’s bureaucratic strategy, I applaud Congresswoman Waters and Congressman William Lacy Clay for requesting a GAO audit but the request needs to be expanded to include TAF to make for real change. I will lay this out after you read the self-aggrandizing press release below.

Here is the Bunton press release: 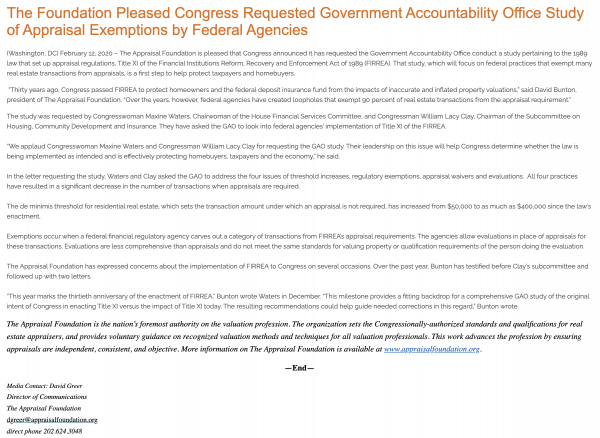 Thoughts on the GAO regulatory audit initiated by TAF:

This year marks the thirtieth anniversary of the enactment of FIRREA. This milestone provides a fitting backdrop for a comprehensive GAO study of the original intent of Congress in enacting Title XI versus the impact of Title XI today. The resulting recommendations could help guide needed corrections in this regard.

In other words, in the spirit of this thirtieth anniversary of USPAP, Dave should have no issue with The Appraisal Foundation being included in the GAO audit since their actions have resulted in excess costs levied against appraisers by a non-profit that has amassed roughly $8 million in reserves, overpays its president who leads a very small staff. Dave Bunton is the same person who insists against all logic, to update USPAP every two years as a key revenue source straight out of the pockets of struggling appraisers in a profession that doesn’t materially change every two years. Appraisers have to pay for classes, books and be taught repetitively. In fact, the USPAP classes being paid for are about half filler because there isn’t enough content for a 7-hour class. Appraising isn’t rocket science but TAF wants everyone to think of it that way to keep the revenue flowing in. With an $8 million reserve at TAF and they are no longer accepting grant money as Congress intended, USPAP should be free until those unusually high reserves are burned off.

Dave Bunton excluded TAF from his December request to Waters and Brown because this wasn’t likely the purpose of the audit – it was a perceived punishment towards ASC for pushing back against TAF’s desire to be removed of any meaningful oversight. TAF’s effort looks like a brazen attempt by this controversial non-profit, in punishing ASC, who has a congressional-mandated responsibility for oversight.

Still, I’m very happy about the GAO audit and very hopeful it will be expanded to include TAF, which is subject to oversight by the regulators and a significant source of problems for appraisers.

I would urge appraisers nationwide to contact Congresswoman Maxine Waters and Congressman William Lacy Clay to thank them profusely for their request for a GAO audit of ASC but request they expand the audit to TAF, which is an integral part of the valuation ecosystem and part of the problem. The results of the audit would be far more beneficial to preserving the public trust and protecting the integrity of the appraisal industry with the addition of The Appraisal Foundation.

And the best listing photo of the day goes to… 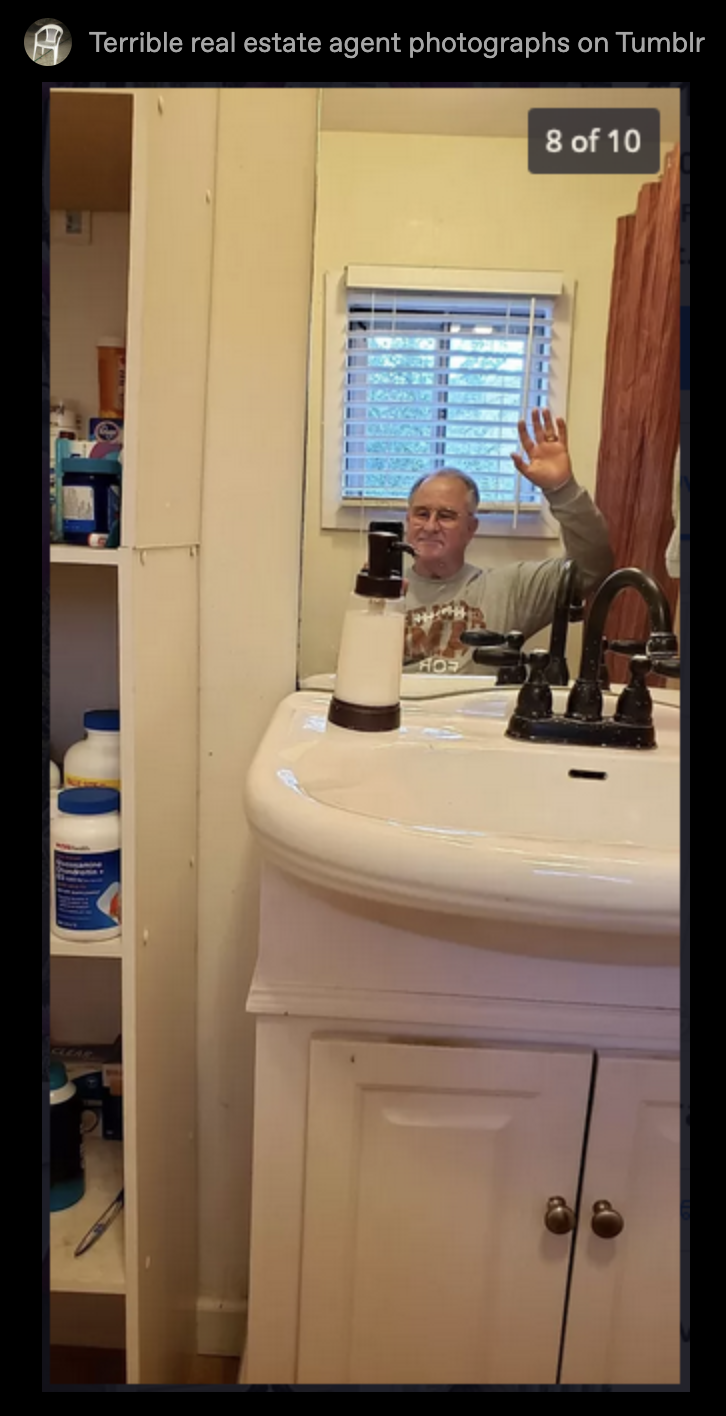