I’ve been the author of the expanding Elliman Report Series for Douglas Elliman Real Estate since 1994 and it is fascinating to see how different each market is, despite close proximity.

And as always, with me its all about the charts. Aside from knowing the report contents were widely read!

Our Hamptons Report content was within the 2nd Most Emailed Article in past 24 hours on Bloomberg Terminal (350K subscribers).

And a Hamptons chart two-fer! 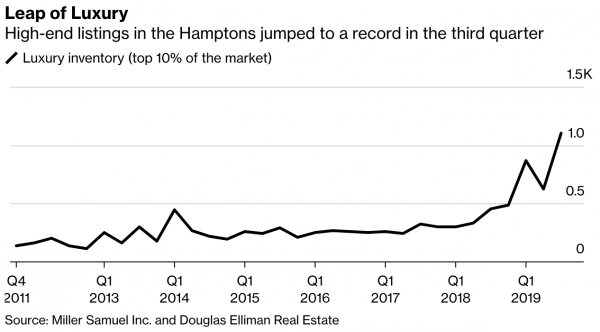 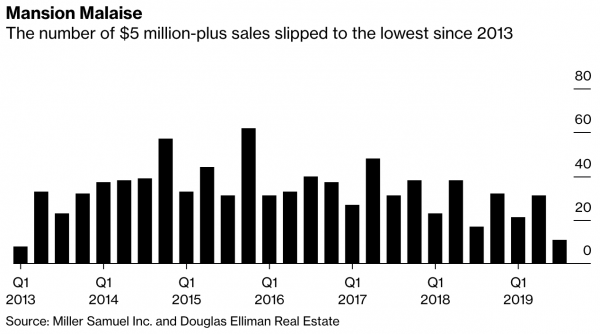 Here are some key points about the Hamptons, North Fork, and Long Island for Q3-2019 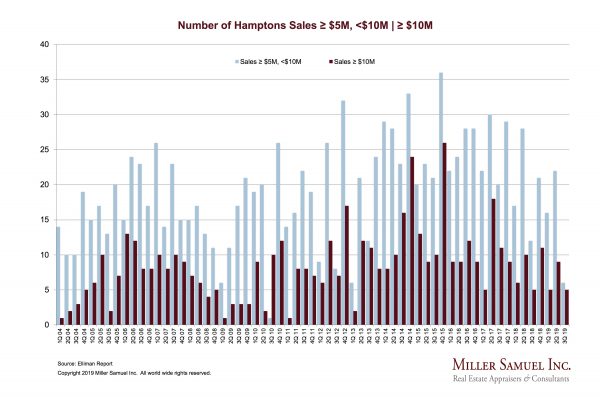 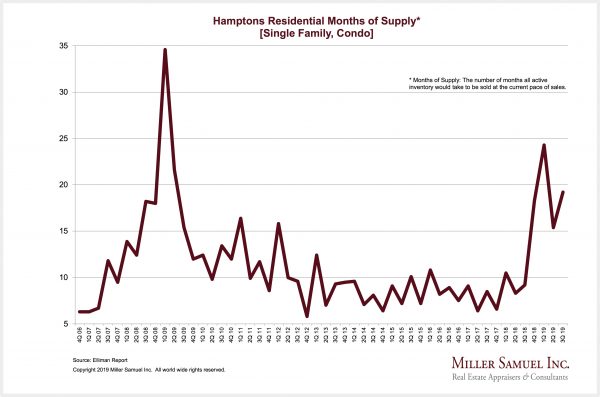 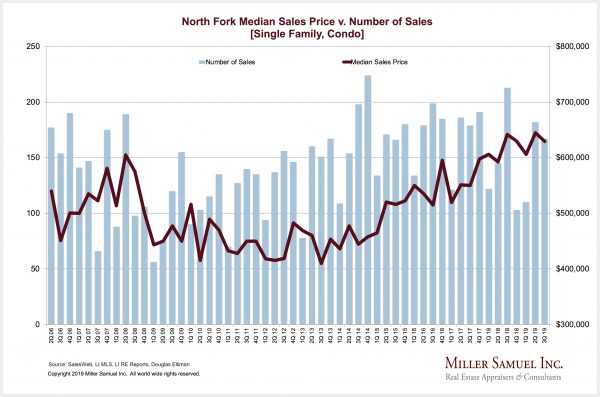 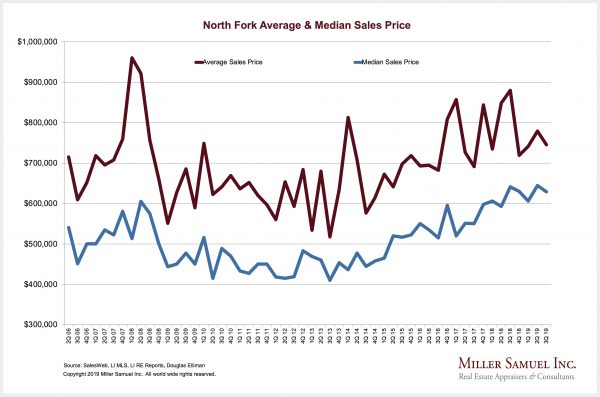 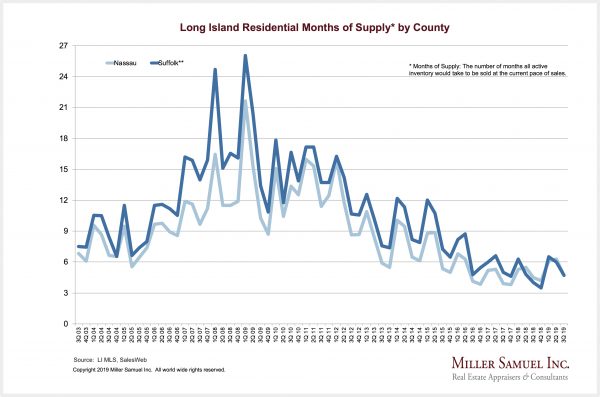 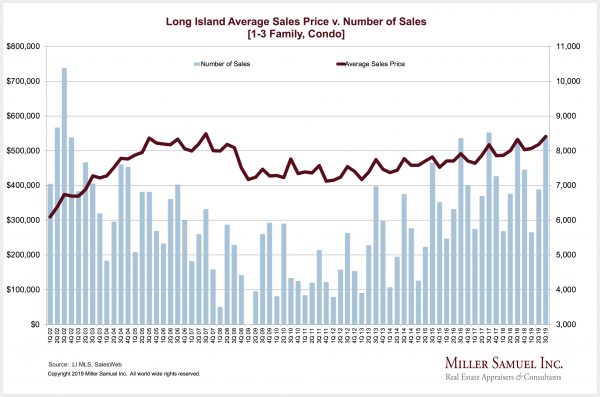 Making A Mountain Out of a Beach: Aspen Rises While Los Angeles Slides

We observed some improved conditions in Aspen/Snowmass Village sales and price trends while Los Angeles activity is drifting lower.

“More sales with fewer listings as the pace of market accelerated.” 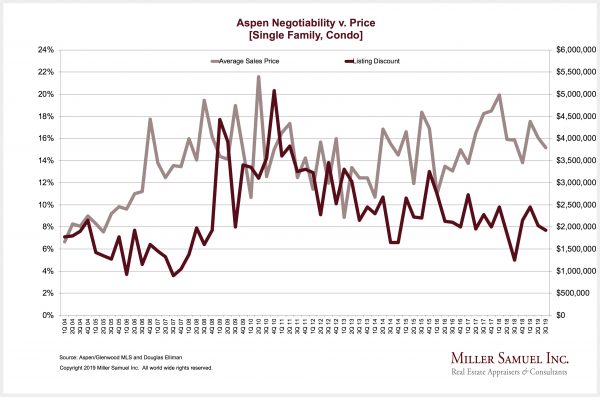 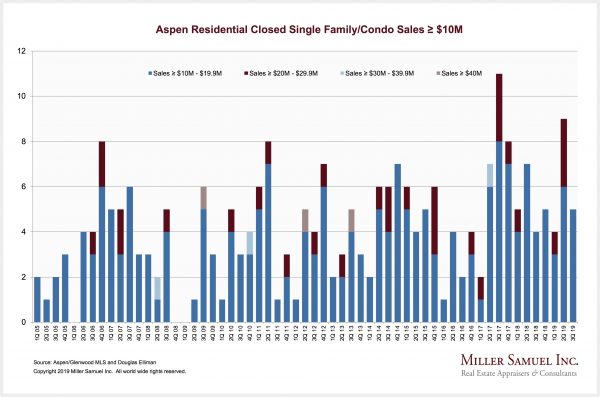 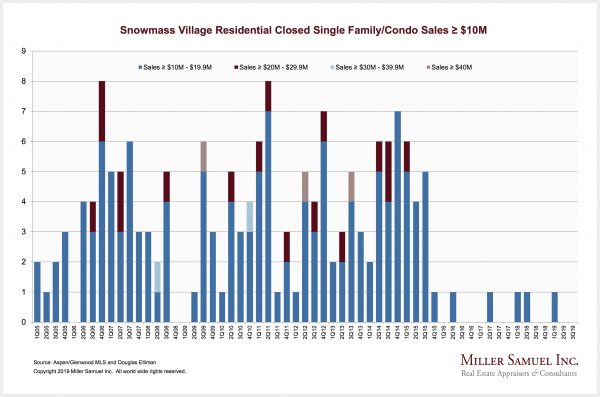 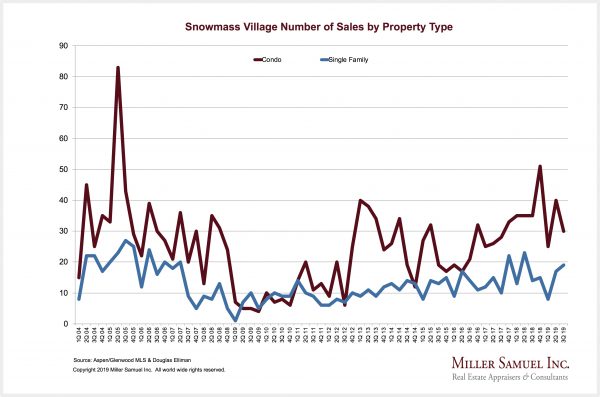 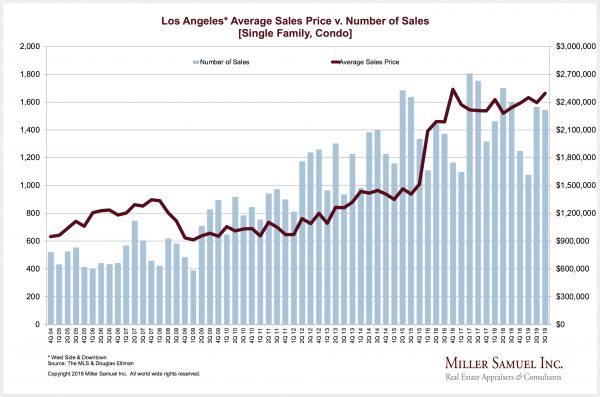 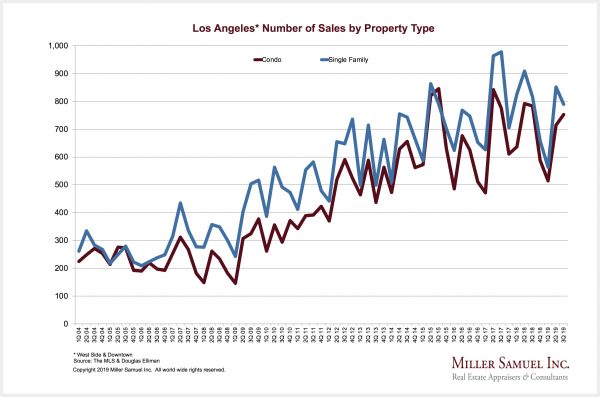 New rent laws are becoming a thing to combat rising unaffordability, i.e. New York, California, and Oregon have all passed significant rent laws to give more power to the tenant. This was apparent the drop in the EQR’s stock price after releasing its third-quarter press release. Here is a summary of the concerns on Seeking Alpha. 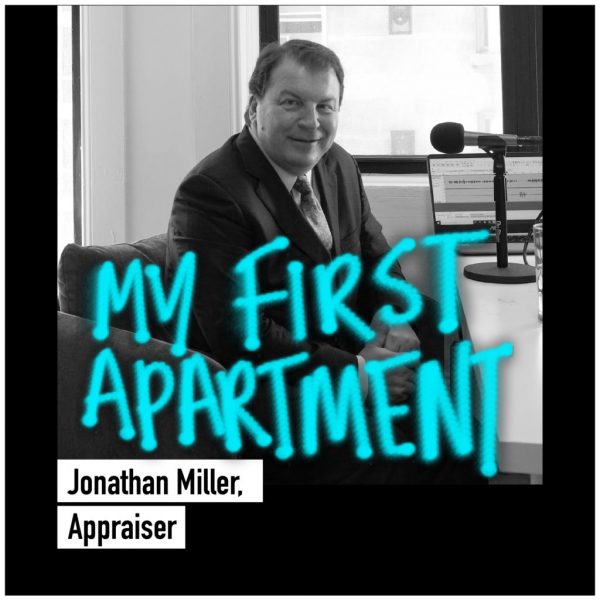 I had a fun discussion about something I hadn’t given much thought to in a long time with Aaron Ghitelman of Localize: my first apartment.

If it does, it will take a while. 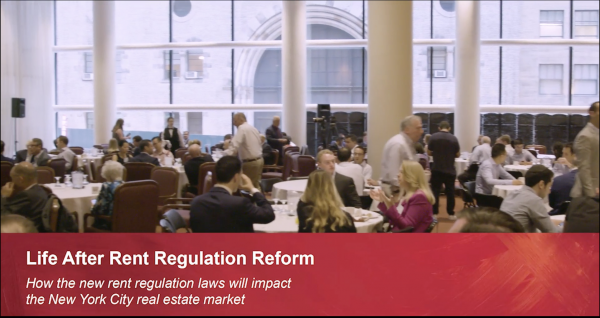 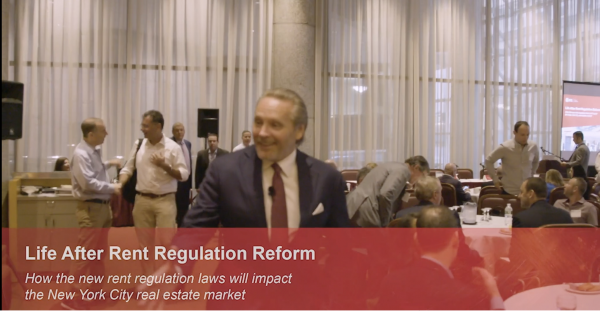 This has been a thing in NYC but none of the spaces that were hyped either ever sold at all or never sold for close to $1M.

A single, 134.5 square foot parking spot at a 73-storey office tower in the glitzy financial district has sold for $969,000, according to local media reports. That works out to just over $7,200 per square foot. By comparison, the average apartment in upscale Manhattan goes for four times less, at around $1,770, according to real estate analytics firm NeighborhoodX.

I love the context this gives.

trends in house prices around the world,

A friend of mine got a copy of the appraisal that was done on a relative’s condo in a state my firm doesn’t appraise in. He just wanted to get a reality check on what was said by the appraiser. My friend said the conversation went like this:

“He also pointed to “bracketed sales” in that banks wouldn’t accept a unit at the highest end of the market, like ours, as they needed a closed sale at a higher level already.”

I’m not saying the appraiser didn’t know the market. But I do know that we can get caught up in what a lender requires so much that we can become detached from the valuation process itself.

Our profession has an intense duality: we can be brilliant at valuing a property but be very weak at conveying what we do to the those we interact with. It’s why I believe it would be amazing (but not possible) to require every appraiser to testify at least once in court. The person saying random BS like in this example would be skewered alive.

Phil, Lori Noble and I met in Washington to attend meetings such as ASB, IAC, AEI and a gathering of the Network (State Coalitions) that was extremely insightful in our efforts to return sanity to mortgage lending and create awareness within our industry about the opportunities with the consumer.

In some ways, all of us are burning up inside to make those changes we often don’t seem to get around to.