Back in college I started reading a lot of Stephen King novels. Of all the novels I’ve read in my life, only two ever gave me chills while I was actually reading them: The Shining and It. The latter forever damaged my view on circus clowns, much like Jaws damaged my enjoyment of swimming in the ocean. But the idea of evil clowns haven’t gone away and Stephen King needed to go on twitter and remind us that the vast majority of clowns were good. I mentioned this phenomenon to my son in college he told me there had been three clown sightings in remote areas of campus over the past couple of weeks. A few years ago I started noticing more and more news stories on this, especially in Staten Island New York. Apparently this phenomenon can be traced back to the early 1980s. 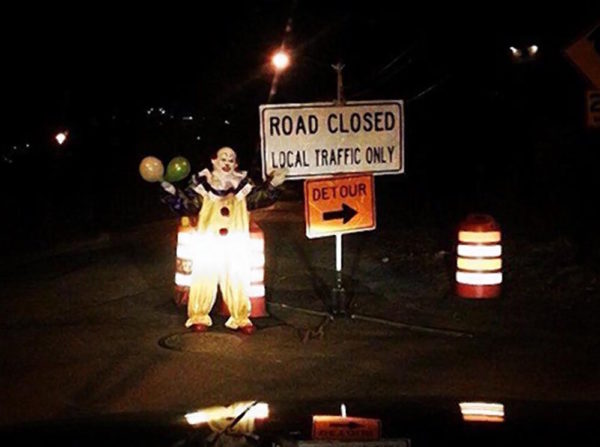 And then this latest article about clowns and how the NYC police department held a press release to calm the public was really creepy.

How do clowns relate to the housing market? I can think of a few anecdotes but I will leave it to my loyal readers to apply their own take on the subject…of clowns.

Miller Samuel at 30, A Short Story

In the middle of thinking about scary “clowns” I realized that Miller Samuel, our appraisal company, turned 30 this week. There has to be a good anecdote in there but I’m too scared. Owned by myself (CEO), my sister (COO) and my wife (CFO) it has been a rollercoaster of wild market swings, a massive global credit bubble, commoditization, lack of industry representation, celebrity homes, $50,000,000 valuations that fit on a Fannie Mae form, and lots of appraisal theory discussions with our staff and colleagues.

I wrote about the experience in a flurry of thoughts during my morning commute a few days ago (and thankfully I don’t think clowns can swim). Here’s an excerpt of the intro on my Matrix Blog:

It’s hard to believe that thirty years have passed since my family and I began our Miller Samuel appraiser journey. Here’s a little bit about the experience which reminds me of that old joke about marriage:

“We’ve been married for 30 years and it only seemed like five minutes…under water.” (boom)

It all began in 1986 when my parents, wife, sister, former brother-in-law and I got the idea to form an appraisal company after we had actually raised a substantial amount of money to launch a real estate brokerage firm. My wife and sister were already appraisers. A lawyer that I sold a condo to in 1985 (yes, I was a real estate agent in NYC for a brief stint) found a group of Japanese investors willing to back us. When it came down to it, we just couldn’t sign on the dotted line because we didn’t want to become real estate brokers…[read more]

Real estate firm Douglas Elliman published the market report I authored on the 3Q2016 Manhattan sales market this week. I’ve been writing independent market studies for Douglas Elliman since 1994 as part of an expanding series that is now approaching 100 published reports per year. It is a great asset for our appraisal firm because we are constantly reporting on the state of the markets we cover in our appraisal reports (plus a lot outside of our appraisal coverage area across the U.S.). It’s a great asset for Douglas Elliman because no major brokerage firm I am aware of publishes independently prepared market research – they are all produced by in-house marketing departments, a step away from being considered marketing brochures.

It’s been a long and rewarding journey, much like our appraisal firm’s journey. At some point early on they became the report of record relied on by the Federal Reserve, IRS, HUD, FHA, NYC OMB, Wall Street, financial institutions, law firms and the real estate industry.

The coverage for this report was generally about the sharp drop in sales, morphing from previous quarters’ use of the word “glut” of inventory – but this report included a first for me. Bloomberg introduced “pickier” into the real estate dialect. I don’t know how it all works or whether this is correlation or causation but the Bloomberg story on our report was the most read story on the Bloomberg Terminals world wide and the chart in the story was selected as chart of the hour on their home page. 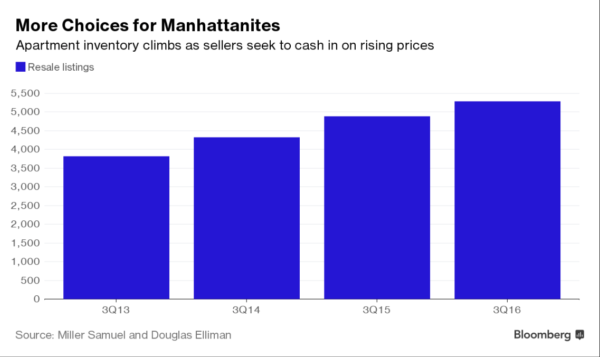 To recap the media’s word timeline for the Manhattan housing market:

I break it all down by having a nice conversation with Scarlet Fu and Matt Miller on Bloomberg Television where I provide some additional context: 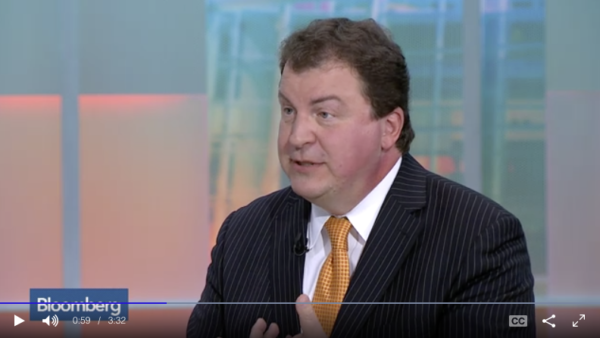 Here are the top line numbers… 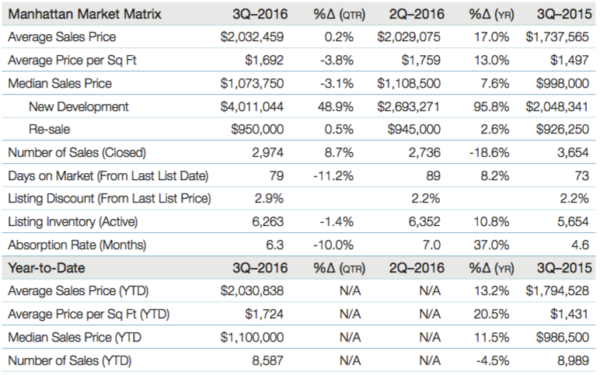 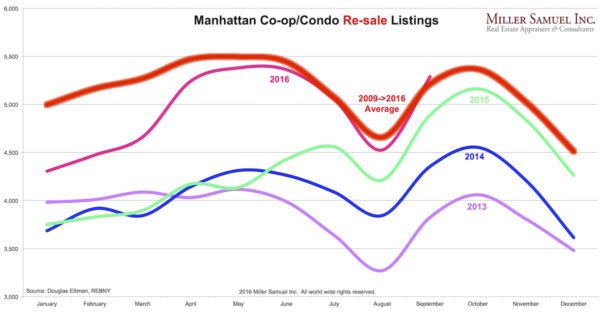 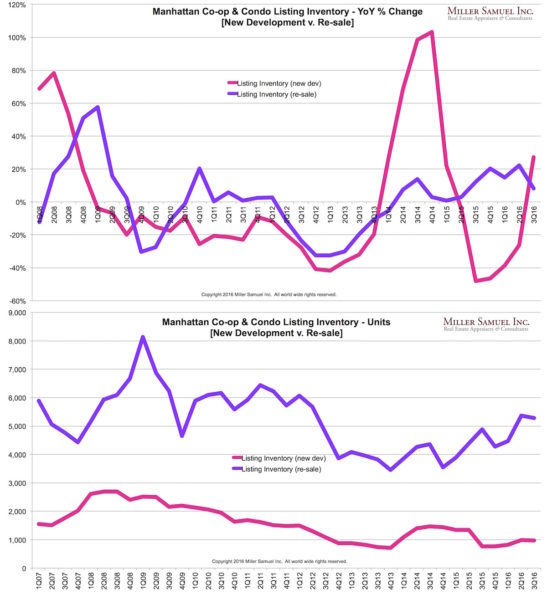 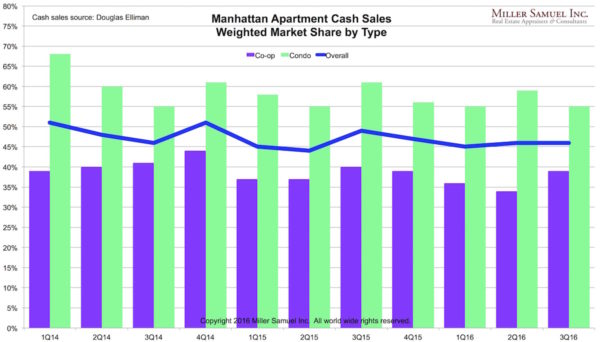 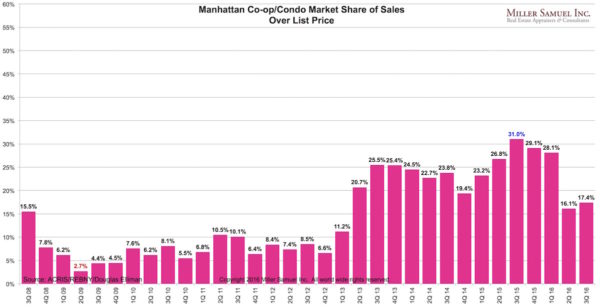 When you are relatively young and have so much wealth you’re not quite sure what to do with it, buy a 56,500 square foot home in beautiful condition on 5 acres for $85 million dollars in 2011 (which isn’t your primary residence) and try to flip it the following year for $150 million and not be able to sell it. Then hire 500 workers to customize the house (claimed by listing agent but amount spent was not disclosed) and then place it back on the market for $200 million. The pricing logic used was based on the recent $100 million sale of the Playboy Mansion which is also on 5 acres and needed an extensive renovation.

As appraisers will tell you, the problem with this logic is that the Playboy Mansion was purchased by the next-door neighbor who’s land used to be part of the original parcel. I’ve written about this sale and “aspirational pricing” extensively in prior housing notes. That “comp” is therefore not really an arm’s long transaction and buyers in this market are going to customize extensively no matter what renovations are made to a property so they aren’t inclined to pay for upgrades.

Will we see home sales for $200 million in the future? Of course! There was a $301 million sale in Paris last year. 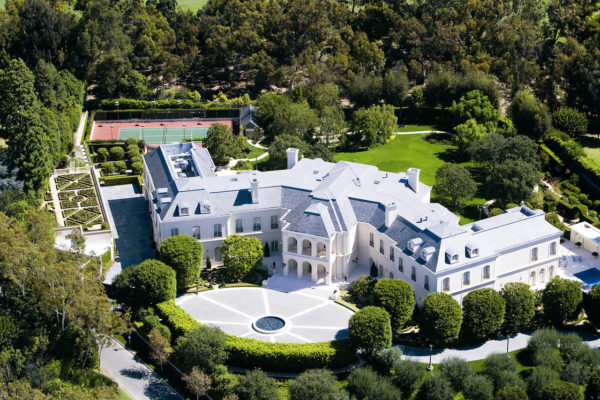 It’s been a busy week in AppraiserVille, my home town. My firm turned 30, I had a birthday and there have been plenty of creepy clown sightings (bring on the AMC puns).

I had a fun discussion with Phil Crawford over at Voice of Appraisal. I think we both do a pretty good job of providing the right optics for the mortgage industry to see us through. The appraisal industry is fortunate to have Phil as a voice of logic and reason for all appraisers. Please sign up for his weekly podcast. You’ll always learn something and it is entertaining.

Phil makes a good point in the podcast on the topic of the “False Appraisal Shortage Narrative”, a myth being pushed by the AMC industry.

Bad actors like the AMC Coester whose TMZ-worthy behavior has been presented in legal briefs in a number of earlier Housing Notes are able to push this misleading story for their own personal gain. What is most alarming about people like Coester, is what the access their financial resources (sadly obtained directly off the backs of appraisers) buys, using public relations and lobbyists to reach government decision makers in Washington DC. It’s scary and one-sided.

I’ve really enjoyed observing how the “sausage is made” through the eyes of other appraisers. It’s reassuring to know that I am not alone in walking through the daily insanity and that I haven’t over exaggerated the state of the industry through my own eyes. However this is not reassuring in understanding how broken the appraisal management system really is.

Here is an order an appraiser received that I stumbled upon this week – a $1 field review. Really?

I have been getting more active within the appraisal community outside of my market area this year. I became the president of RAC, a group founded in 1990 that is comprised of the best residential appraisers in the U.S.. Consider joining. You can reach out to me for more information.

If you need something rock solid in your life (particularly on Friday afternoons) and someone forwarded this to you, sign up here for these weekly Housing Notes. And be sure to share with a friend or colleague if you enjoy them. They’ll become aware of scary clowns, you’ll get away from scary clowns and I’ll finally get the storyline from Stephen King’s “It” out of my mind.