1) The housing theory of everything [Works in progress]

Try listing every problem the Western world has at the moment. Along with Covid, you might include slow growth, climate change, poor health, financial instability, economic inequality, and falling fertility. These longer-term trends contribute to a sense of malaise that many of us feel about our societies. They may seem loosely related, but there is one big thing that makes them all worse. That thing is a shortage of housing…

2) New York City Has Once Again Defied the Doomsayers. Here’s Why. [Bloomberg Opinion]

New York City is emerging as one of the world’s most resilient big cities in the wake of the pandemic. The secret to its success is more than just its size — it’s the Big Apple’s model of urbanism that offers something no other American metropolis can match.

The Great Decoupling: The Total Is Worth More Than The Sum Of Its Parts

This thread is an essential take on the disconnect between the value of the cash flow of a portfolio of SFR rental homes and their individual retail values. Wow.

Since the pandemic began, over $15B of equity has been raised by different institutions to invest into the SFR space.

A mega thread on why we might be entering a golden age of Institutional SFR Investing 👇👇 pic.twitter.com/WwQErjkW55

While I learn to master disasters, I am keeping this week’s Housing Notes short. 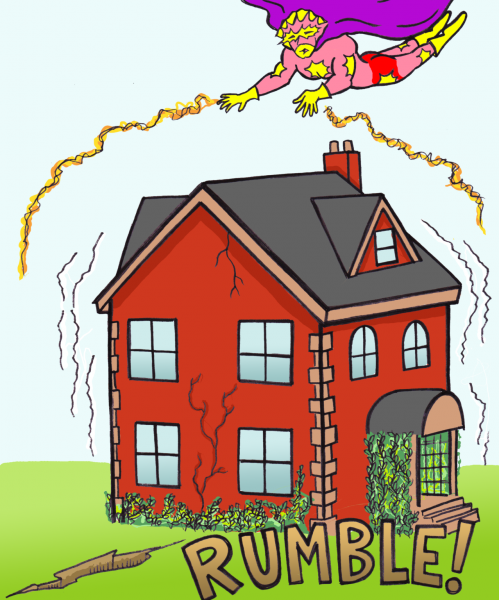 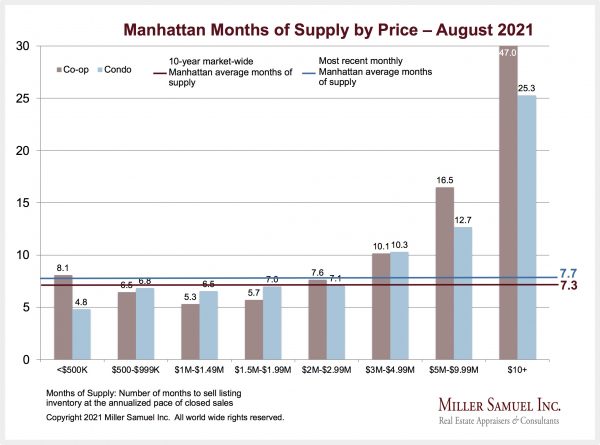 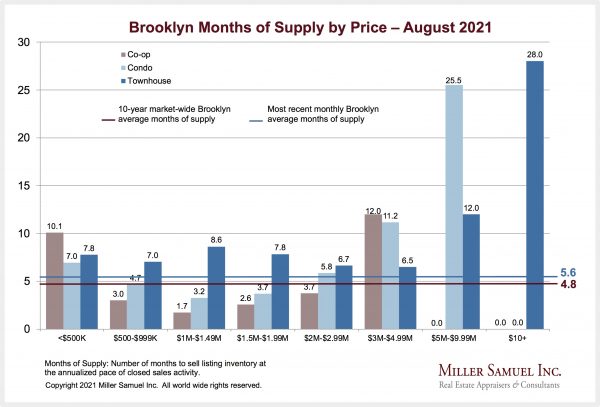 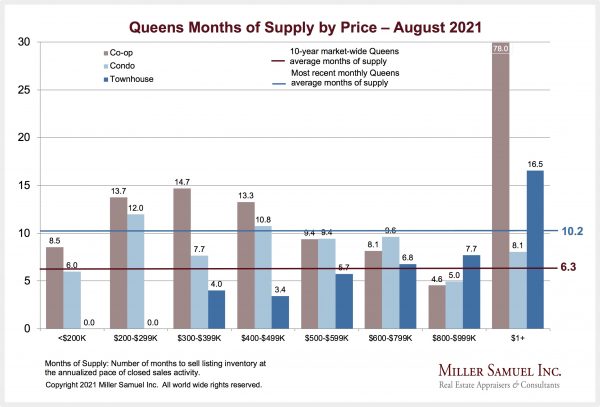 JPMORGAN: “.. the delta wave is likely receding in the US and globally, and the pandemic recovery should restart .. we expect the reflation/reopening trade to resume its outperformance and believe that bond yields and cyclicals likely bottomed early last month.” [Kolanovic] pic.twitter.com/I0VXoXJfSz

It’s Hard To Promote Diversity Within The U.S. Appraisal Profession When The Appraisal Foundation Believes It’s A Passing Fad

On Wednesday, September 15, 2021, the ASC held a public meeting to, among other items, discuss and approve the 2022 budget, and the Notice of Funding (NoFu) for two grants. I saw 57 viewers on the Zoom call including the ASC Board Members.

The beginning of the call was all pretty routine procedural stuff.

The first grant concerned the remaining $2 million over two years to operate the AQB and ASB within TAF. In addition, the grants would fund a look at the publishing and revenue model of USPAP and increase the diversity and gender of today’s real estate appraiser.

The second grant concerned getting money to the states to promote diversity, and defining caps on that funding and for special projects such as new training programs.

The ASC budget was balanced and 45 states and D.C. are on the AMC registry with the remainder expected to join in the next two years.

In a new wrinkle in the TAF, ASC relationship is that instead of being part of the process, ASC has opted to step back from attending all the TAF board meetings – they are pulling back. This made Dave Bunton very happy in his closing comments of which I’ll go into further on. Over the past two years, and especially after Dave Bunton sent the “bat-shit crazy letter” to the ASC, TAF has been acting aggressively towards stopping practices they once encouraged, suddenly not allowing ASC to speak or have video access during board meetings and there were a bunch of private TAF meetings without ASC being notified.

Smartly, it is clear that the ASC has rethought the relationship with TAF by converting its role to a more clearly defined version of monitor and review. But TAF needs to be careful what they ask for. Now TAF is completely alone when coming up with their edits to USPAP. This is even a crazier new development since TAF procedures do not include counsel review the edits to USPAP or policy wonks write the output by the two technical boards. And yet TAF sends these USPAP changes to the 55 states and territories to adopt into law.

With the new AMC registry bringing funding into the ASC coffers, the ASC is rightfully advocating that USPAP be free. TAF can’t do that now because there would be strings attached over the use of the money and TAF entire effort here is to be accountable to no one. In other words, TAF is all about money and by its action could care less about the appraiser much less the public trust. And as a result, TAF continues to damage the public trust, something they are responsible to maintain. I’d say that’s a big fail for all of us in the industry.

Last year TAF refused the grant money even after suggesting ASC add diversity goals. The ASC added the TAF request to the grant description and TAF rejected the funding anyway because such funds came with strings attached and TAF wants to operate without strings. And in their current construct, they can continue to reject grant money with their USPAP cash flow because their funding is unnecessarily paid for by appraisers. Congress did not create TAF as an entity to function without oversight and used the “strings attached” with the grant funding as a way to keep TAF accountable.

At the end of the public meeting, Dave Bunton, president of TAF requested 5 minutes to speak. In retrospect, I wish he was given 15 minutes! While Dave was clearly pleased with the ASC’s refinement of their monitor and review role, he doesn’t understand that now he is really going to get PAVED by the new task force.

Dave said some stuff that wasn’t thought through and seemed quite dishonest from my understanding of the ASC/TAF relationship over the years. I’m looking forward to seeing the official text of this call in the near future. Dave said:

Even if we pretend that Dave’s claim was true, why wouldn’t Dave aggressively seek out this USPAP money RIGHT NOW from ASC to give out free USPAP? Dave wondered aloud on the call to the effect, “why the change in heart by ASC?” My answer to Dave would be “ASC Registry fees enabled this USPAP payment to be possible.” If the money is there, why wouldn’t Dave be all over this opportunity to support appraisers?

Incidentally, the bias claims against appraisers are not just a “handful” at this point. The numbers are growing rapidly, approaching 100. Yet whether or not an individual appraiser is guilty or innocent, the industry is wildly vulnerable because of the lack of understanding or awareness about diversity by The Appraisal Foundation, which is primarily responsible for the dismal diversity optics the industry has.

Dave, as the singular person in charge of TAF since its inception, the gatekeeper entity to the profession through the AQB and the maintainer of standards through the ASB let his guard down and told us what he really felt, suggesting “diversity” is a passing fad – in a public forum – on record. Dave clearly came across as a non-believer to the existence of any bias in the profession. After all Dave stated that under oath in front of Congress back in 2019. Yet he conveys doubt to the public, suggesting concerns about diversity are temporary so why change the status quo?

Yet, as an experienced bureaucrat, Dave continues to proclaim that “diversity” is the number one priority of TAF in his weekly newsletter but then says on the call essentially “what are we doing here?” This is hypocrisy of the highest order and it’s clear he doesn’t see it (like when he appointed a middle-aged white guy to head their diversity effort). As Dave says in the first sentences of the September newsletter:

A lingering story in the appraisal profession over the last eighteen months has been allegations of bias and discrimination in home appraisals. As I have said in past letters here, and readers overwhelmingly agree, there is no place for discrimination in the appraisal profession. And we have been taking action. Our boards and the Special Committee on Diversity, Equity, and Inclusion have undertaken a number of projects aimed at diversifying our profession and ensuring appraisers have the tools they need to protect the public trust.

The use of the word “lingering” is quite informative. To “linger” means to “to remain or stay on in a place longer than is usual or expected, as if from reluctance to leave”

While I was hearing him convey his view on this call, I kept thinking about something I’ve already written about:

The BLS (Bureau of Labor Statistics) rates 400 professions by diversity/gender and appraisers are ranked number 400 in diversity! Dead last! Appraisers are 96.5% white and 70% male. Even ranchers and farmers are more diverse than appraisers!

By ranking last, he makes appraisers much more vulnerable to bias litigation whether or not the action against the appraiser was even warranted.

TAF is the maintainer of entry standards for the profession written nearly entirely by middle-aged white men for more than three decades and every AQB board member is informally approved by Dave before these boards vote because that is how the TAF monarchy is structured. Only FODs (Friends of Dave) have any position of influence in TAF. In other words, a middle-aged white guy is pontificating that this focus on diversity, aside from coming from the White House as a top priority, isn’t really a thing – its a passing fad, or as some would say, diversity goals are for the woke. As an industry, we are dead last in diversity because TAF’s lack of diversity makes our future incredibly vulnerable for reasons beyond the individual appraiser’s control.

One lucky but, terrified cat.

Everything about this video is incredible. A stray cat is hanging for dear life so some Miami students get underneath with an American flag and the crowd reaction when they safely catch this cat is the stuff of legends.

(You need to have the volume on)
pic.twitter.com/vGrCdARLNz