McMansions are the Brangelina of Housing

I wanted to squeeze in some quick thoughts this morning within these Housing Notes before my house is flooded with out of town family before my oldest son gets married in my backyard tomorrow. I wanted to come up with something thoughtful, a strong analogy that has staying power like a successful marriage. Consider Brad and Angelina [1] or Sonny and Cher [2].

Time for S’Mores: The Fall Housing Market Has Begun

I’ve been doing a lot of public speaking since Labor Day weekend as the housing market awakes from it’s summer slumber. We are one day into fall – my favorite time of year – and I needed to illustrate it using the creative mind of my friend Nathan Pyle [3] since my mind and household is full of #weddingtalk. We don’t have campfires in Manhattan, but if we did, I’d be thinking of this. 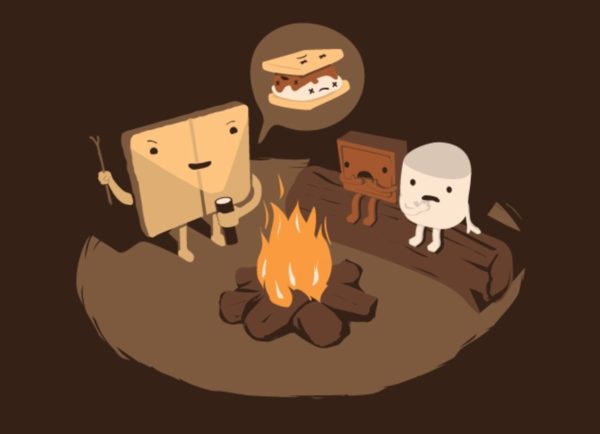 Last week’s discussion about the state of the Greenwich housing market [5] was spurred from an acerbic comment by a frustrated titan-of-industry-aspirational-home-seller captured so well in this Bloomberg article [6]. The sting of that quote still resonates with the brokerage community a week later.

A few days ago I was speaking at a real estate brokerage event near Greenwich, CT and the campfire that was created from that article was still smoldering. Here are some suggestions towards the brokerage community when a public figure says uncomfortable things about your housing market:

This is a silly CNBC article on Greenwich McMansions [7] – prompted by some CEO of two brokerage firms I’ve never heard of – suggesting these unsold McMansions become the new Silicon Valley and make these homes the headquarters for start-ups in backcountry Greenwich. There is so much wrong with this public relations placed fodder presented as news that I don’t know where to begin. So I won’t.

So lets get smarter and look at the McMansion phenomenon and how misunderstood it really is. They were a symbol of the the housing bubble and helped continue the nearly 50-year trend of rising new home sizes with less land that many assumed had died after the bubble burst, but then we were told they never left [8], then we were told they left because we are measuring the data incorrectly [9]. Then we were told McMansion’s day has come and gone [10]. But basically the McMansion moment in the housing narrative is slowly fading away [11].

Packing a one-two punch, the New York Times redesigned their storied real estate section last week in print and will add some cool features online in the coming weeks. No I’m not advertising for NY Times Real Estate [12] but since real estate is a spectator sport in New York, I always get worried when something changes that I frequently refer to. Yet in this case, the change was really good. Some of my favorite pieces/new columns last week were:

– THE FIX Preparing Your Home for Sale [13] Michelle Higgins 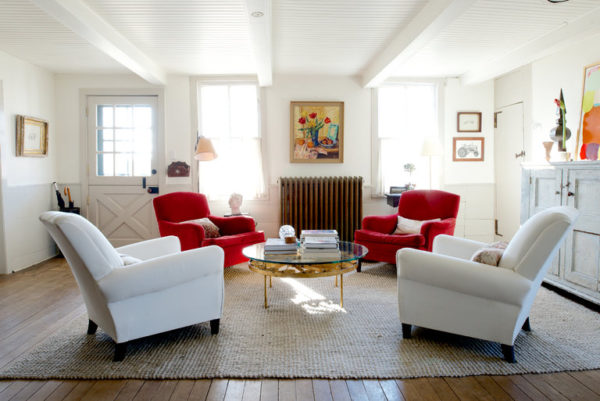 – RENTERS So You Think Your Place Is Small? [14] Kim Velsey 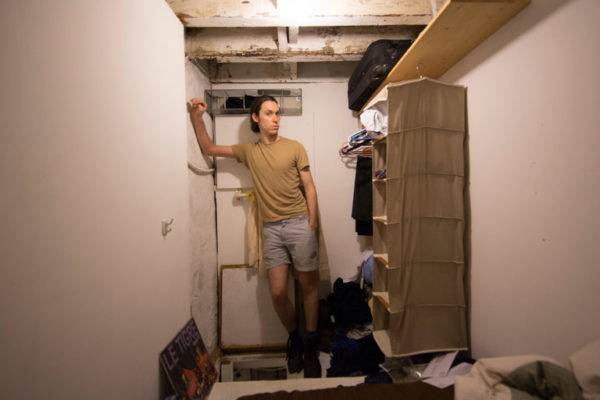 – CALCULATOR How Much Do I Need to Make to Own a Home? [16] by Michael Kolomatsky 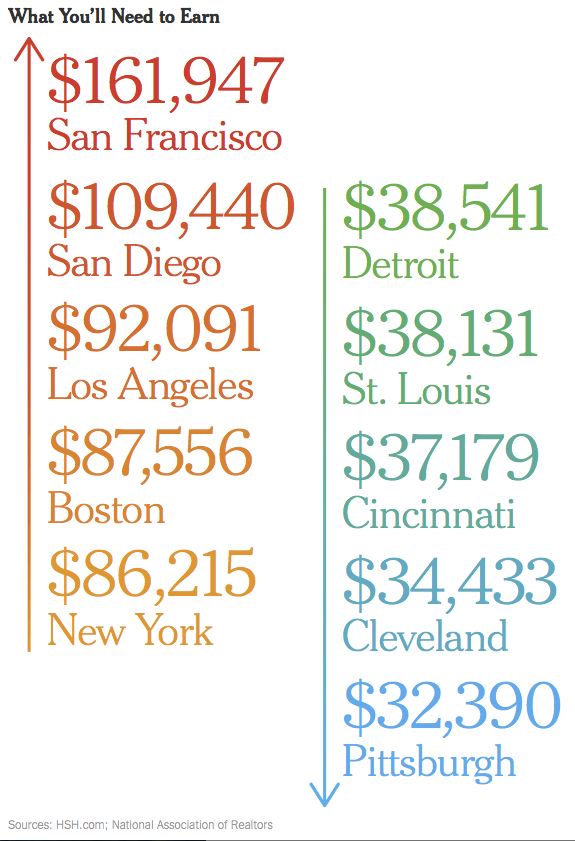 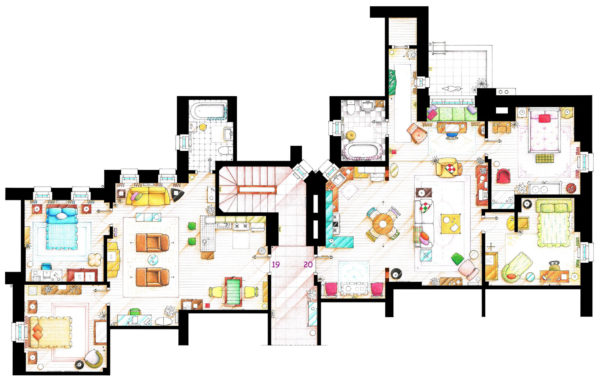 What Should You Do When a Luxury Tower Leans?

When I first read about the leaning Millennium Tower of San Francisco [19], my first thought was “who would live in a tall residential building so close to a major earthquake fault line?” Since constructed, the tower has sunk 16 inches and is leaning 6 inches towards the adjacent tower. Aside from the years of legal wrangling ahead, I can only assume this has stalled sales and had a significant impact on condo values within the building. This situation could possibly impact on the value of the adjacent property in the path of the “lean.”

Structural engineering has enjoyed a breakthrough during the recent new development housing boom with many examples of previously unheard of feats. This is evidenced by the abundance of 90+ story residential buildings constructed on much smaller than previous footprints around the world. Manhattan has several super talls with more to come. But the difference between Manhattan and San Francisco is that Manhattan sits on solid bedrock.

Drawing from the creativity of Nathan again, here is a fairly simple solution to the lean – please consider buying a t-shirt from him on Threadless [20]. They are perfect to wear when strolling through a McMansion. 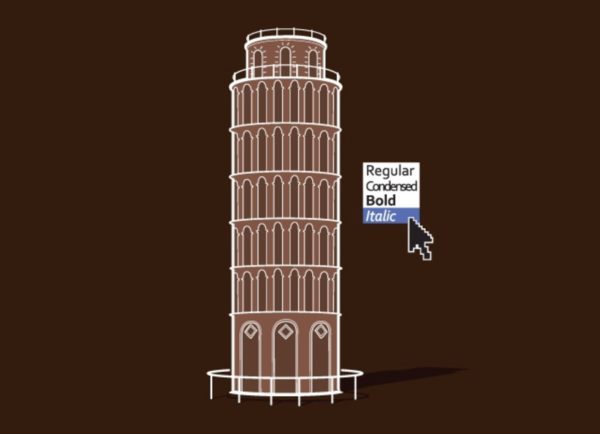 After last week’s record listing of $175 million in my home town [21], I thought I’d share some more transactions – after all, the Associated Press said I track “luxury home sales as a hobby.” [22]

“I Got You Babe” The former residence of Sonny and Cher was just sold for $90 million [2] in Los Angeles. It’s a speculative play for the future and didn’t come with High Hefner [23].

“A 20% Price Cut” The former New York co-op residence of John Gutfreund [24] known as the “King of Wall Street” and included in Michael Lewis’ “Liar’s Poker” must read book was dropped 20% from an aspirationally priced $120 million to a more modest aspirational price of $96 million.

“Aspirational Sellers Never See The Downturn” There is a new $90 million listing in the Boston area [25] – but it only has twelve bathrooms?

“Harry Potter was here and I don’t even like Harry Potter” And the most magical house of the week was shared by my appraiser colleague and friend Ryan Lundquist [26] who goes all Harry Potter on me [27] with this listing for about $490,000 U.S.

How NYC’s resale market bounced back after global economic crisis

Last week marked the eighth anniversary of the bankruptcy of Lehman Brothers, one of the big Wall Street banks. It was a milestone for the U.S. housing market, when the already year-old credit crunch moved front and center with banks and consumers. Throw in a bailout of Fannie and Freddie and the collapse of AIG, and the market simply froze. I wanted to take a year over year look at how the market has behaved through the eyes of the resale market, focusing on their median sales price and inventory.

For these purposes, a resale is defined as a sale that was not part of a new or newly converted condo or co-op. I pushed new development out of the picture to avoid its wacky skew, as contracts signed one or two years ago continue to close, creating odd numbers.

The absurd price growth in late 2009 and 2010 was caused by the market rising from very low levels in the prior year. Resale inventory plummeted in 2009, then expanded in 2010, as sellers removed their inventory from the market when sales stalled. 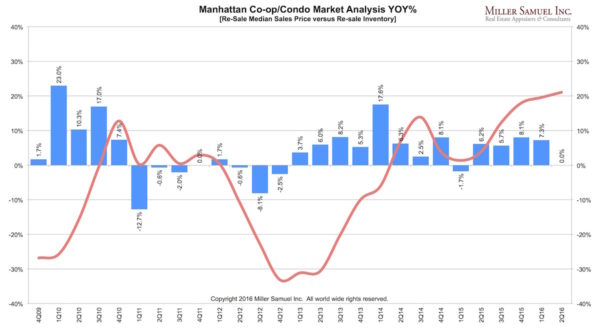 We’ve Seen This Before: The Fed Holds Rates Firm

The federal reserve held interest rates firm [29] but continue to tease us with stories of additional rate increases. If they raise rates, I can’t see them being more than nominal events and I am skeptical they will have any significant impact on the U.S. housing picture. In theory rates should be rising if the economy is improving. High rates should help ease credit and normalize the housing market from its current distortions. But I think we are in a low interest rate environment for a decade or more. I can’t see what will change to cause rates to rise at more than a nominal rate – my crystal ball is held together with duct tape [30].

There were several great pieces on this hot topic for our industry this week.

The Silent Crisis in Housing Finance

In the wake of the 2008 financial crisis and the passage of the Dodd-Frank law two years later, the composition of the market for making and servicing residential mortgage loans has changed dramatically: the costs for servicers are rising and smaller nonbanks are replacing a dwindling population of bank lenders.

Since non-bank lenders (i.e. Quicken Loans) have to work with shrinking margins (higher servicing costs from Dodd-Frank), I see this as causing the appraisal process to remain under siege by non-bank lenders through the AMCs. It places the mortgage lending system at risk because AMCs have pushed overall appraisal quality to the bottom, as cheap fees rule the industry.

My friend and West Virginia appraiser colleague Lori Noble told me that in this article, Chris “just debunked every myth that AMCs and their lobbyists are trying to portray to completely corporatize the valuation sector.”

Control Over Appraisal Fees Is Name of AMC Game

The second article was in the must-read industry publication Valuation Review: Industry veteran shares thoughts about low appraiser numbers [32] [subscription]. It was based on feedback from Ed Cline, an appraiser in Pennsylvania who among many other observations said:

“It is my opinion that AMCs want an inordinate amount of appraisers so they will have more control over pricing,” Cline said.

I reached out to Ed and we are going to discuss this and other topics to make sure our industry doesn’t get run over by the false narrative that is being pushed out there. The idea of AMCs wanting a large number of appraisers to control pricing is an interesting thought. It comes from the driver of the current conversation where appraisers are currently charging more for their assignments than AMCs are built for. Mortgage volume ebbs and flows and so the demand for appraisal services in mortgage origination ebbs and flows as well. Paying below market rate fees to appraisers with limited work is a widespread market phenomenon in the mortgage appraisal world. Paying more for appraisal services when volume is heavy like now is the aftermath of Brexit and subsequent drop in mortgage rates.

The problem with the AMC narrative on the “shortage of appraisers” topic is their very structure is based on the willingness of appraisers to work for very little and they have now run out of those appraisers and can’t grow anymore. The next narrative will be to lower standards and automate valuations which are notoriously inaccurate.

As my good friend and appraiser colleague Tom Allen in Oklahoma told me (paraphrased) that an AVM can’t see the 200 cats living in the home and the damage they do (I have two cats and I can understand the potential damage done by 200). The only revenue upside for AMC’s and their drive to commoditize a professional service is to get a bigger cut of the appraisal fee or offer alternative services like AVMs. Amazingly, there is no legitimate emphasis over quality, placing the risk in the lap of the federal government given the bailouts during the housing bust. All the AMC industry seems to talk about are the analytics they apply to control quality. What they aren’t telling you it is that it is a desperate attempt to offset the poor quality of a large portion of new AMC appraisers that work for peanuts, are weak in valuation knowledge and had no mentoring. This was another point brought up by Ed in the piece.

Both metaphorically (AMCs) and literally (see next sentence), dumbwaiters are getting more popular [33] in new home construction. And my firm and I appraise them periodically when a Manhattan co-op owner is looking to buy unused space from the co-op corporation to enhance their renovation. Real estate appraisals aren’t only about condos and single family houses…

Here are some timely insights shared by my appraisal industry stalwarts that are worth a read:

If you need something rock solid in your life (particularly on Friday afternoons) and someone forwarded this to you, sign up here for these weekly Housing Notes [36]. And be sure to share with a friend or colleague if you enjoy them. They’ll be brave enough to play tennis on rooftops [37], you’ll return your book to the library [38] without the guilt of overworking the librarians and I’ll verify whether or not my home is tilting.