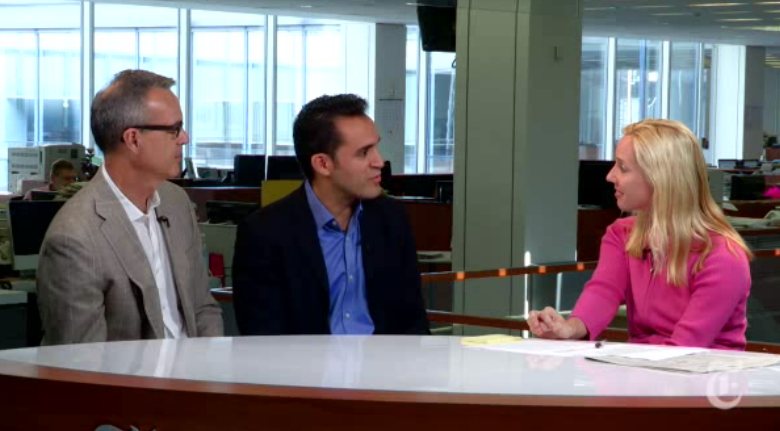 I enjoyed the interview [1] of James B. Stewart [2] and Alexei Barrionuevo [3] by Louise Story [4] (best last name a reporter could ever have), on the topic of luxury real estate in the New York Times Business Day Live video series. Mr. Stewart (author of Den of Thieves [5] – one of my favorite books of all time) penned “The Market for Real Estate Masterpieces [6]” exploring the idea of high end real estate as art based on Alexei’s high end housing market coverage of the past year, including the $100M listing [7] (including the upset interior designer [8]), the $88M sale [9] and the >$90M contract [10] among others.

Here was my take on the “Art as Real Estate” angle in Mr. Stewart’s column [11]:

“When people refer to their real estate as art, they’re really trying to say it’s unique, that it can’t be replicated.”

He said he’s seen the phenomenon not just in New York, but also Miami, London, Los Angeles and other markets where investors “are looking for safety in a world of turmoil and uncertainty.”

But, he said, “they’re confusing price with art. You’d think that titans of industry would be very individualistic about their acquisitions, but at the very top, there’s a herd mentality. You get one or two very large transactions that grab headlines and then it’s like a light switch goes off. In New York, this happened in the second half of 2010, and since then it’s been very intense. The size of what’s happening is unprecedented. How long can this go on? You see this kind of behavior and you have to wonder.”