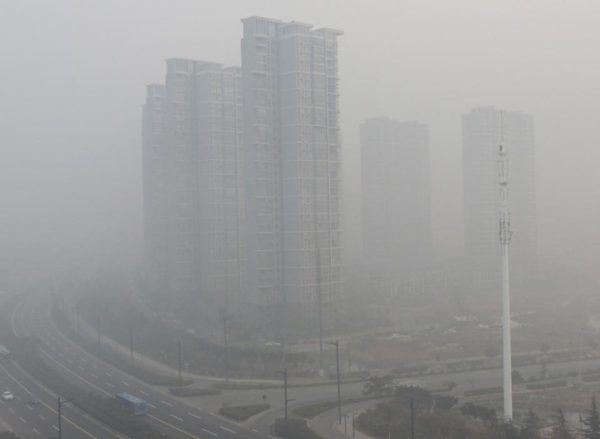 Last weekend I read two terrific articles on Chinese real estate investment in the U.S. but they seemed seemed to conflict – check out the headlines:

Wall Street Journal Chinese Pull Back From U.S. Property Investments [3] The subtitle says it all – The nation’s economic and stock-market slump puts buyers on the sidelines

Are the Chinese flooding the U.S. market now or are they pulling back? Which is it? Or is it both?

In my recent trip to Shanghai [4], I spoke to and interviewed many, many real estate investors at The Real Deal Forum. I got the impression that investment has pulled back a bit in 2015 but expectations were high that investment would expand again, although not to the level of the past 5 years. Of course I was doing this in a biased environment – at in investor conference. I was consistently told that government efforts to prop up the stock market spooked much of the smart money out of the market since the actions were taken to calm everyday investors.

The New York Times piece [2] seemed prompted by a P.R. pitch from the Chinese developer for their Dallas suburb project enticed with a suburban angle. It was a refreshing angle since Chinese real estate investment in the U.S. has been an urban narrative and specifically focused on the high end. The article illustrated just how massive the investment patterns have been. To date the narrative has been focused on super luxury condos in expensive metropolitan areas, while the suburbs got limited attention.

The WSJ article [3] is more orientated towards the past few weeks while the NYT article is a longer term view. Both publications place emphasis on NAR’s Profile of International Home Buying Activity [5] whose results emphasized the Chinese investment surge of the previous year. The survey results only reflect the market through last March, so it is 9 months behind the current market. The Chinese investment numbers are staggering, and they are probably understated. Since the NAR report is simply a survey of it’s members and NAR has limited exposure to New York City, especially Manhattan – a hotbed of Chinese real estate investment activity. 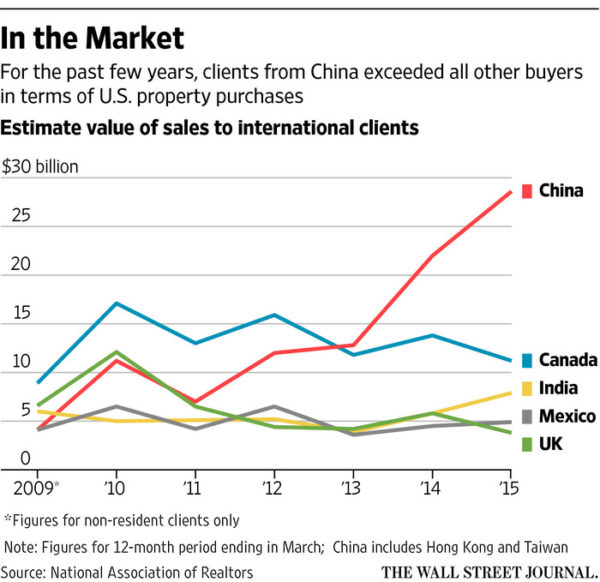 Incidentally, do the above 2 charts look similar? They both relied on the NAR report [5].

The NYT piece set the table on the entire multi-year phenomenon using a ton of cool charts [6] while the WSJ attempted to illustrate the change in recent weeks Both outlets were forced to rely on a lot of anecdotal to make their case. Both articles are consistent with my views [4] as each provided a different context.

The NYT piece provided the long term historical view and the WSJ was a short term snapshot.