Signficant Findings of the House Price Index (from their press release)
1. Nevada continues to have the highest appreciation of all states; house prices increased 28.1 percent over the past year and 5.5 percent for the quarter. However, for the first time since the fourth quarter of 2003, Las Vegas is not on the OFHEO list of the 20 fastest growing MSAs.
2. The second greatest annual price growth was in Arizona. Over the second quarter alone, Arizona house prices grew 9.7 percent – far surpassing every other state. Arizona’s annual growth rate rose from 20.4 percent in the first quarter of 2005 to 27.8 percent in the second quarter of this year.
3. Thirty of the 265 ranked Metropolitan Statistical Areas (MSAs) had four-quarter appreciation exceeding 25 percent.
4. For the first time, Naples-Marco Island, Florida topped the list of ranked MSAs with the highest appreciation. Bakersfield, California was second.
5. Florida, California, Nevada, and Arizona are no longer the only states represented in the top 20 MSA list. MSAs in Idaho and Utah have now entered the list.
6. Twenty-five states (including the District of Columbia) exhibited double-digit annual price growth and eight states had price increases exceeding 20 percent.
7. Four-quarter appreciation rates in Maryland and Virginia (along with Arizona and Florida) were at their highest levels over the 30-year history of the OFHEO HPI. 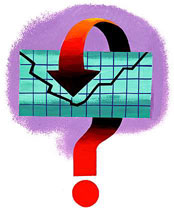 What does OFHEO do and where do these numbers come from?

Concerns of having OFHEO as the bedrock for national housing statistics is:

Question: What is the rationale for including refinance data?

Answer: I suspect it would drop the number of transactions in the data set significantly but with $30M+ total transactions, there should be plenty left over to analyze.

Question: How does a data set based on conventional loan limit data influence the results of the report?

Answer: The lack of non-conforming mortgage data (loans in excess of the conventional threshold) basically eliminates the upper end of the housing market.
This paints an incomplete picture of the overall housing market.

Don’t get me wrong, its certainly useful to have these stats generated by OFHEO, just don’t bet the farm on them.