One of the biggest questions of the New Year covers how big Wall Street Bonuses will be and what will be their impact on the New York City real estate market.

Last week the official bonus word came down [1] from the Office of the New York State Comptroller’s Office. Here’s an attempt to parse out the relevant info:

I see more restricted stock as part of total compensation on the bonus horizon. 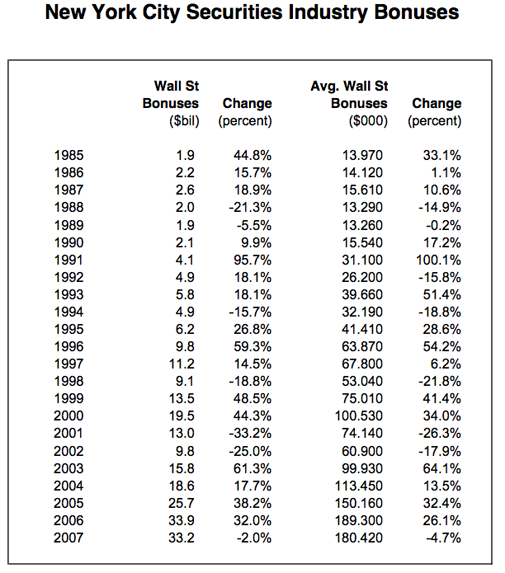 Bonus compensation has been hovering in the low 40 percentile of total compensation for several years. The sharp increase in the percentage indicates weakness, not strength in the financial condition of the financial services sector (the denominator got smaller). 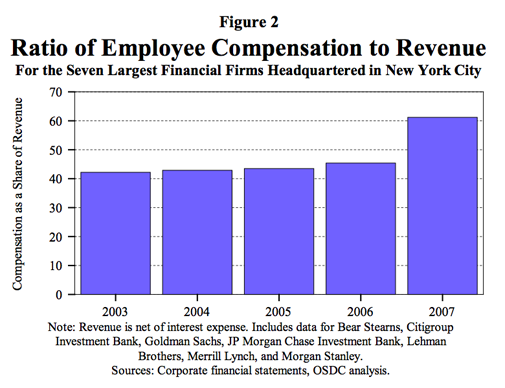 Will this compensation make its way into the real estate economy? I don’t see how it can’t.

Will real estate see the same level of activity as last year’s record with this near record compensation level? I don’t see how it can.