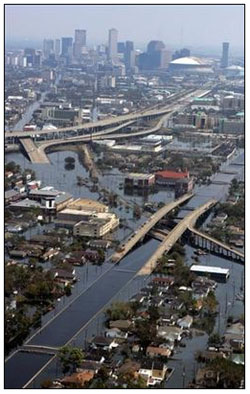 Planetizen [1] deserves a hat tip for pointing me to the article Can Architecture Help Housing? [Businessweek/Metropolis Magazine] [2] with the subtitle: The ideological catfights over housing threaten to marginalize all of architecture. Could the parties agree for the greater good?

Architects and urban planners have not been known to get along. With the latest housing boom, this gap, IMHO has not narrowed much. Architects have gained the attention of developers who have sought out Starchitects [3] as developers seek to differentiate their building [4] from the competition. New urbanists [5] and other urban planners tend to be more macro in their orientation. Detractors call New Urbanism plop architecture or public housing for the rich.

With the devastation the has leveled a significant portion of the gulf, observers wonder if architects and urban planners can get past the nit-picking that has traditionally characterized their relationship.

The Businessweek piece wonders whether this next generation of architects and urban planners can do better than those in prior generations.

Now that architects are taking shots at one another over housing, can we do better than we did in the last century, which gave us sprawl for the middle class and Cabrini-Green for the poorest of the poor? Can we close the great divide between fetishistic formalism and social responsibility? Or are we doomed to a world in which architecture’s leading practitioners use their work merely to comment on social tumult rather than actually trying to do something about it?

This will be put to the test in the Gulf region as large swaths of it requires rebuilding. Its unrealistic to assume New Orleans can be reproduced exactly as it was before, yet at the same time, is at risk to lose its identity.