PMI sees a U or a W rather than a V 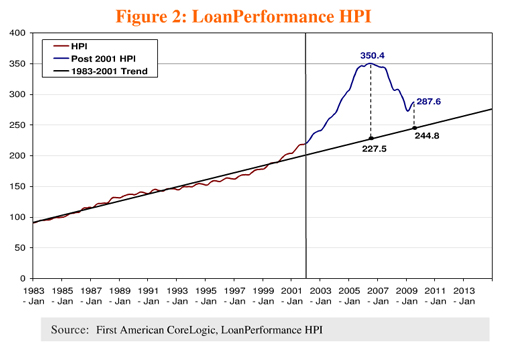 When David Berson, PMI Chief Economist and Strategist came over from Fannie Mae, I became interested PMI’s insights. However, I haven’t written much about the PMI’s The Housing & Mortgage Market Review [1], monthly survey that covers housing and the economic factors that influence it. I plan on covering it more often going forward, namely because I like their charts (but can someone at PMI deal with the crazy java interface for the report?)

One of the key trends seen in this report is that home prices will continue to fall but not at the pace we have seen and this may continue for several years. This is based on the idea that we are still well above trend even after considering the correction that has occurred over the past several years.

Not ground breaking pronouncements here but pretty good common sense. Here are some of my favorite charts in the report. 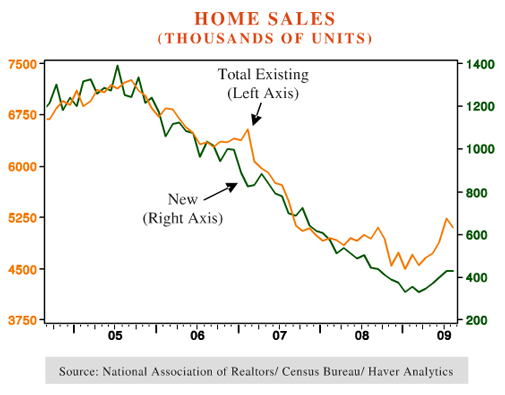 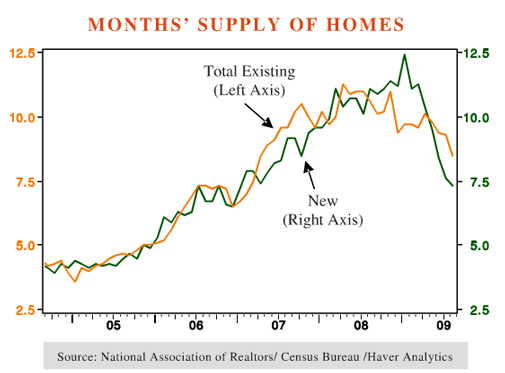 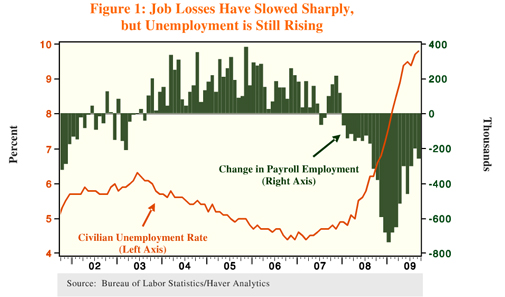