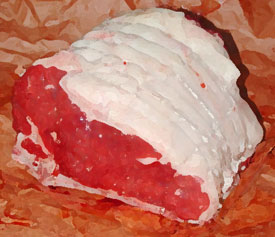 Well actually, my point is that the use of the word “prime” in appraisals and lending vernaclar, could possibly be construed as violating fair lending laws [1]. Fannie Mae in their Fair Lending and The Appraisal Guidance (LL02-95) lists examples of words or phrases to avoid:

They are directing lenders and appraisers to avoid using words and phrases that could cause the reader of the reports to come to erroneous conclusions as to bias. Phrases like undesirable curb appeal and prime neighborhoods could fall into that category.

Think about it: When you say prime neighborhood or sub-prime mortgages, inferences to at least some of the no-no’s in the Fair Lending law such as race, color, religion, sex, handicap, familial status or national origin have to cross most people’s minds.

So the fact that the word prime is used in the word sub-prime should have told us that something was amiss.

Next on the verbal assault list: Use of the word prime in steakhouses, the prime rate and prime time television.