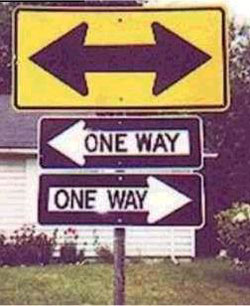 While I try to digest the economic swirl of information these days, I became concerned by the comment by Treasury Secretary Henry Paulson on Tuesday [MW] [1]:

Asked if the economy faces a recession in the near term, Paulson declared, “Absolutely not.”

When a government official makes such an affirmative comment in the public domain, it makes me worry. In fact, only once before in our economic history, did an inverted yield curve [2] (long-term rates are lower than short-term rates) fail to predict a recession.

After the release of the latest round of economic stats, things seemed, at least on the surface, getting better for housing. The pace of GDP increases are falling, and in fact fell by more than what analysts had expected. A cooling economy could influence mortgage rates to fall (they have slipped over the past month) and help housing begin to dig itself out of its problems caused by rising inventory and slowing demand.

Not so fast. If the economy cools, it is not necessarily all good for housing either. Less optomism, less personal income (actually income is up now) and fewer jobs may serve as an offset for lower mortgage rates but it may slow the pace of erosion.

But now we have core inflation up [CNN] [3] (inflation less food and energy) showing the highest increase in 4 years and concerns about recession and even stagflation are on the radar.

Stagflation [Wik] [4] can be defined as: “Stag” refers to a sluggish economy with job shortages and little income growth, while “Flation” signifies rapidly rising prices. This was a problem in the 1970’s and difficult to resolve by the Fed because unemployment and inflation have opposite solutions. Raising interest rates reduces inflation by cooling the economy reducing jobs but lowering interest rates increases economic production and jobs.

Once last random thought: Who are these analysts that keep predicting data results upon their release? The reported news is not about what the statistic means, but whether it is above or below analysts expectations. And the stat is always above or below expections.

I’m getting a headache.