While the headline of RealtyTrac’s May 2010 US Foreclosure Activity [1] report indicates foreclosures fell 3% in May (322,920).

The numbers in May continued and confirmed the trends we noticed in April: overall foreclosure activity leveling off while lenders work through the backlog of distressed properties that have built up over the past 20 months,” said James J. Saccacio, chief executive officer of RealtyTrac. “Defaults and scheduled auctions combined increased by 28 percent from 2007 to 2008 and another 32 percent from 2008 to 2009 — creating a build-up of delayed bank repossessions. Lenders appear to be ramping up the pace of completing those forestalled foreclosures even while the inflow of delinquencies into the foreclosure process has slowed. 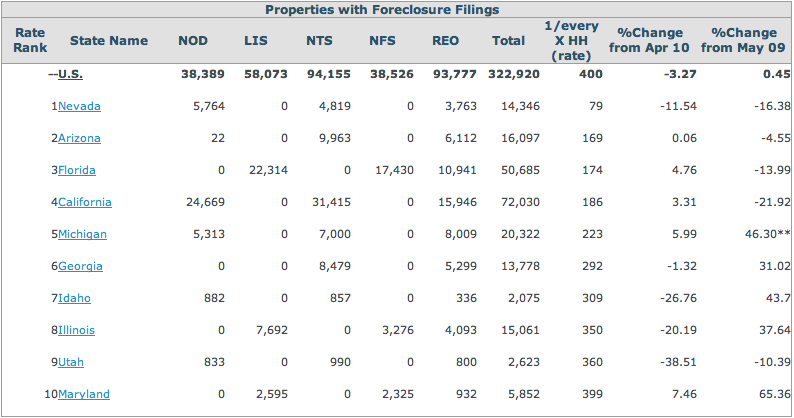 The press release headline suggests some modest improvement, but when its bad, a little less bad is not really better, its just less bad. The numbers are still huge. 15th month in a row with filings in excess of 300,000.

I dubbed 2010 as the “Year of the Short Sale” because lenders will find this alternative cheaper than actual foreclosure.

Here are some of the metrics of the report: 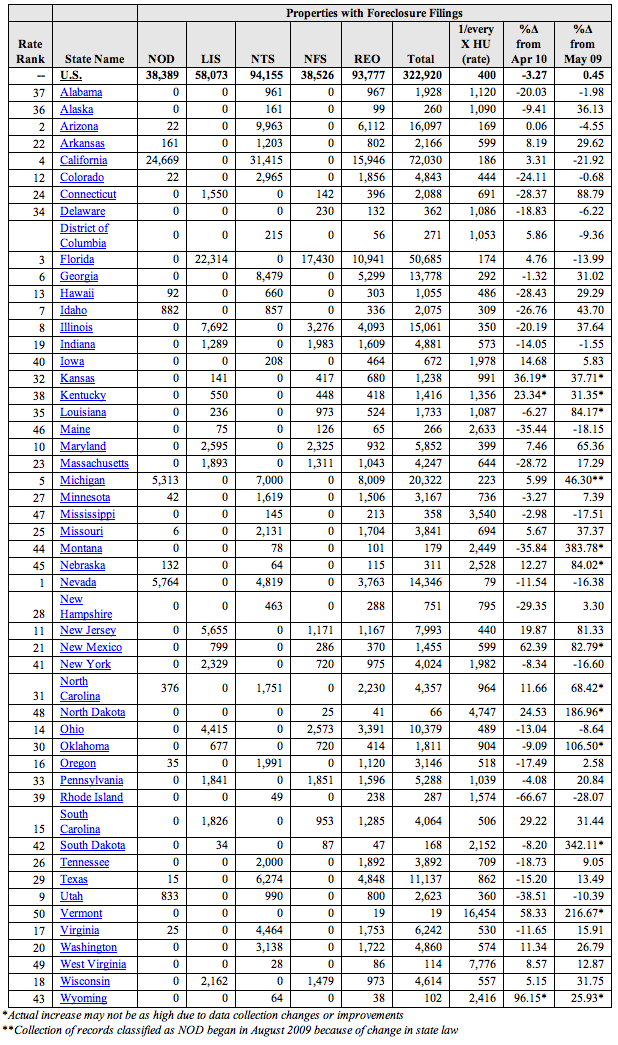