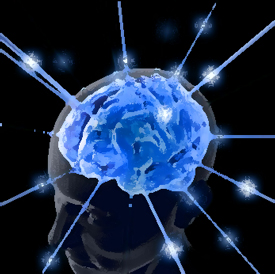 David Leonhardt [1] had a fantastic front pager in the New York Times yesterday that was such a compelling read, I re-read it to try and absorb anything I missed the first time. The article Fed Missed This Bubble. Will It See a New One? [2] looked at the case made by the Fed to enhance its regulatory power.

David asks the question for the Fed:

If only we’d had more power, we could have kept the financial crisis from getting so bad.

But power and authority had nothing to do with whether they could see a bubble.

In 2004, Alan Greenspan, then the chairman, said the rise in home values was “not enough in our judgment to raise major concerns.” In 2005, Mr. Bernanke — then a Bush administration official — said a housing bubble was “a pretty unlikely possibility.” As late as May 2007, he said that Fed officials “do not expect significant spillovers from the subprime market to the rest of the economy.”

I maintain that because of human nature, mob mentality, or whatever you want to call it, all regulators drank the kool-aid just like consumers, rating agencies, lenders, investors and anyone remotely connected with housing. Regulators are not imune from being human.

Once the crisis was upon us, the Fed and the regulatory alphabet soup woke up and began drinking a lot of coffee.

Which is why it is likely to happen again.

What’s missing from the debate over financial re-regulation is a serious discussion of how to reduce the odds that the Fed — however much authority it has — will listen to the echo chamber when the next bubble comes along.

I think this whole thing started with the repeal of Glass-Steagal [3] where the boundaries between commercial and investment banks which were set during the Great Depression, were removed. Commercial banks had cheap capital (deposits) and could compete in the Investment Banking world. But Investment banks could not act like commercial banks. Their access to capital was more expense motivating them to get their allowable leverage ratios raised significantly. One blip and they go under.