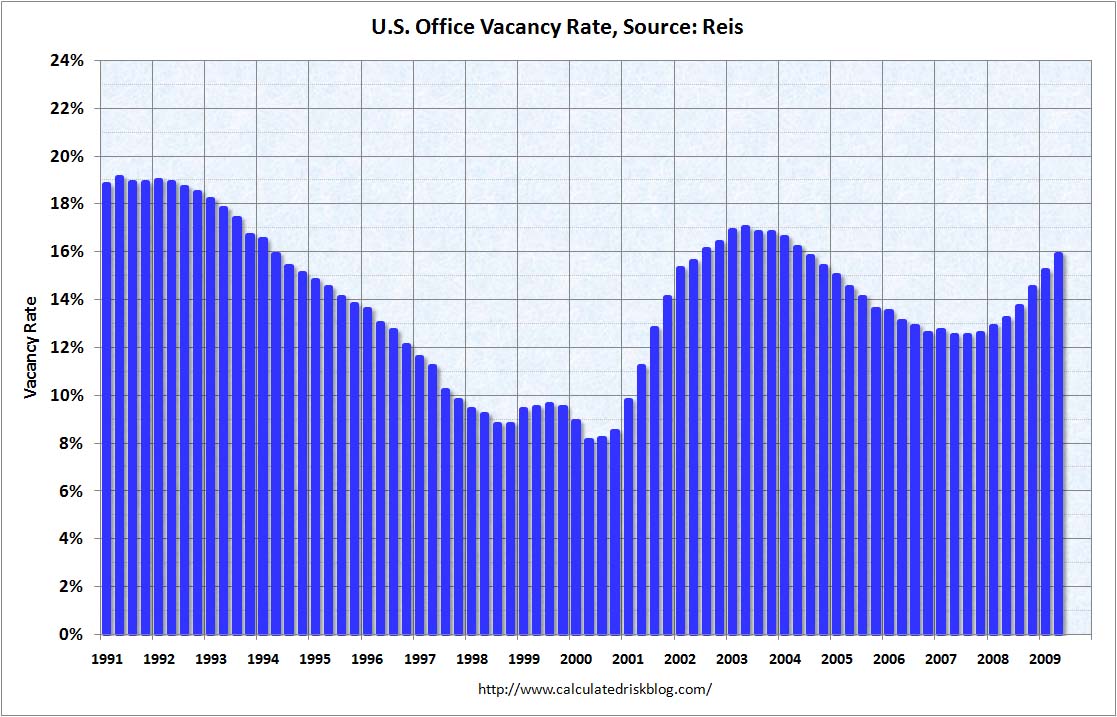 On Thursday (in about an hour) we are releasing our 3Q 2009 Manhattan Rental Market Overview. In the meantime, the REIS report [3] is a wake up call to the economic realities of the apartment market in New York and the US.

The U.S. vacancy rate reached 7.8% [4], a 23-year high, according to Reis Inc., a New York real-estate research firm that tracks vacancies and rents in the top 79 U.S. markets. The rate is expected to climb further in the fall and winter, when rental demand is weaker, pushing vacancies to the highest levels since Reis began its count in 1980.

This is the seventh straight quarter [5] where less space has been rented. Net effective rents (face rent less concessions like free rent and payment of commissions) has fallen sharply since the Lehman bankruptcy. REIS sees vacancy rates peaking in a year and rents declining through 2011.

Why? Rising unemployment and 7.2M jobs lost in the recession so far.

The drop in rents is about twice the decline New York experienced in 2002, following the Sept. 11, 2001, terrorist attacks. Rents fell 9.3 percent that year, Calanog said.

That’s why landlords are aggressively focused on tenant retention. The New York balcony BBQ conversation is dominated by “how much the landlord knocked off the rent to get me to renew.”

Pollyanna has moved out.