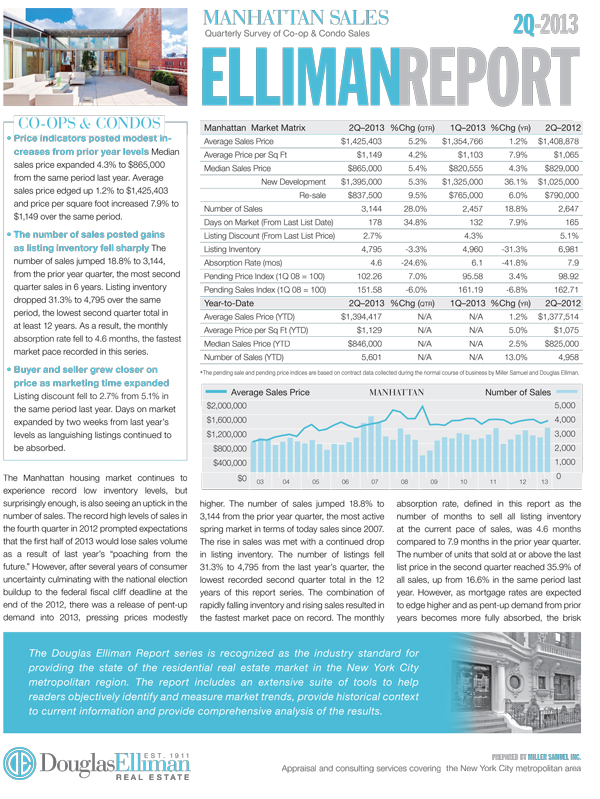 …The Manhattan housing market continues to experience record low inventory levels, but surprisingly enough, is also seeing an uptick in the number of sales. The record high levels of sales in the fourth quarter in 2012 prompted expectations that the first half of 2013 would lose sales volume as a result of last year’s “poaching from the future.” However, after several years of consumer uncertainty culminating with the national election buildup to the federal fiscal cliff deadline at the end of the 2012, there was a release of pent-up demand into 2013, pressing prices modestly higher. The number of sales jumped 18.8% to 3,144 from the prior year quarter, the most active spring market in terms of sales since 2007…

Here is some of the press coverage for the report [6].