The housing market saw year-over-year gains in sales for the fourth quarter. There were 1,558 sales, 6.1% more than 1,468 in the same quarter last year. The increase in sales was largely due to the increase in market share for co-ops, which comprised 22.5% of all borough sales, up from 18.7% over the same period. The surge in lower priced co-op sales was a result of the sharp decline in mortgage rates during the fall after the S&P downgrade of US debt, which occurred at the end of the summer. Listing inventory declined 4.8% over the same period to 5,908 from 6,203 in the same quarter last year. As a result, the number of months to sell all inventory at the current pace of sales fell to 11.4 from 12.7 over the same period, but above the 10.4 average of the past three-and-a-half years. 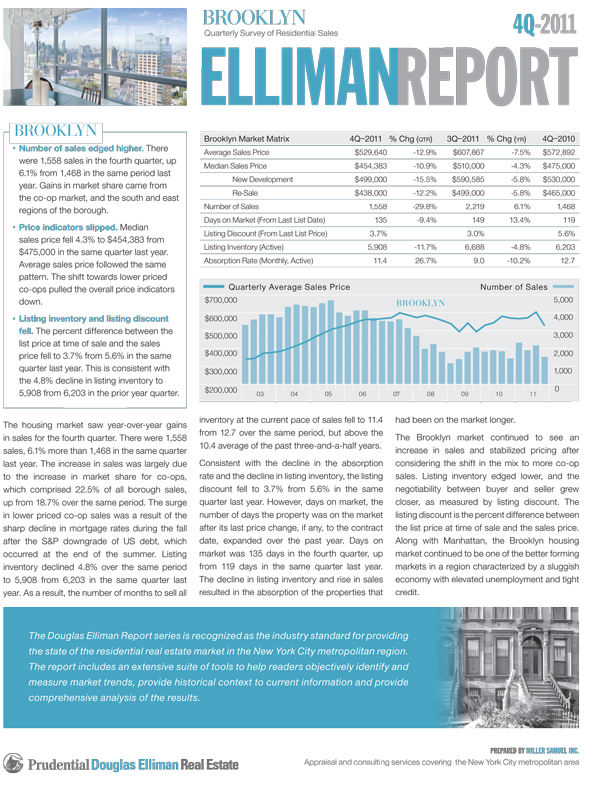