Housing prices slipped in the fourth quarter, dipping below prior year levels. Median sales price was $339,000 in the fourth quarter, 4.8% below $356,050 in the same period last year. Average sales price showed a similar trend, declining 5.1% over the same period to $412,060 from $434,424 in the prior year quarter. The number of sales for the quarter totaled 4,222, essentially unchanged from the 4,252 total of the same quarter last year. However, pending sales declined 7% to 4,134 from 4,447 over the same period. Listing inventory slipped 1.6% over the year to 18,447 from 18,742 in the prior year quarter. During the fall, housing market participants were confronted with a series of economic woes, such as financial market volatility after the S&P rating agency downgraded US debt last August, and the financial crisis in Europe. As a result, they appeared to press the “pause” button, taking longer to make decisions and waiting until more time had passed before returning to the market. 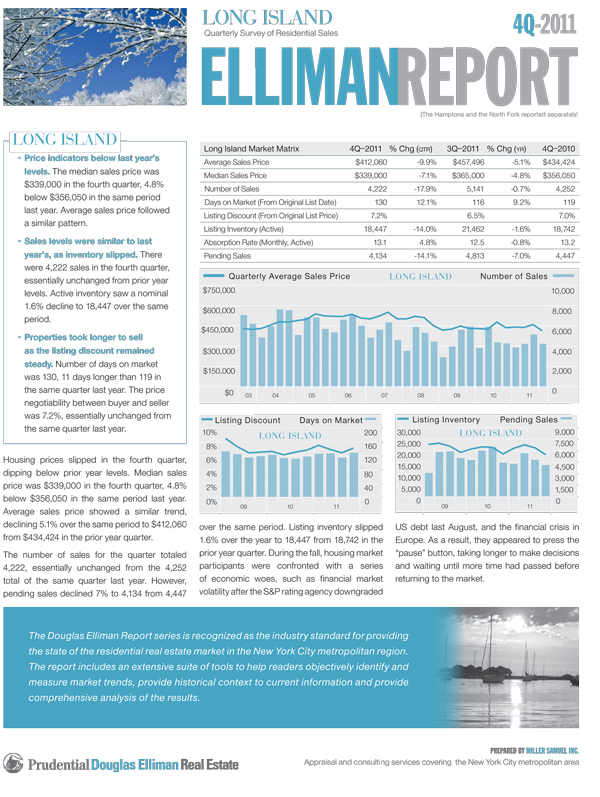