After a summer and fall of mixed economic news and uncertainty caused by geo-political events including the debt ceiling debate, the S&P downgrade of US debt, and the financial crisis in Europe, the Manhattan housing market experienced a slow down in the level of activity. However, overall price retained its stability. There were 2,011 sales in the fourth quarter, 12.4% less than 2,295 in the prior year quarter. The fourth quarter had the lowest number of sales since the same period six years ago, perhaps related to the unusual surge in sales in the third quarter. Co-op and condo sales returned to near equilibrium with co-ops comprising 49.5% market share and condos comprising 50.5% market share. The drop in mortgage rates caused by the S&P downgrade helped shift more demand to the entry-level market, which is generally more responsive to changes in mortgage rates. Entry-level apartments, namely studio and 1-bedrooms, were 51.3%, the highest level since 2009, which readily saw market share in excess of 50%, as first time buyers entered the market after the credit crunch began…. 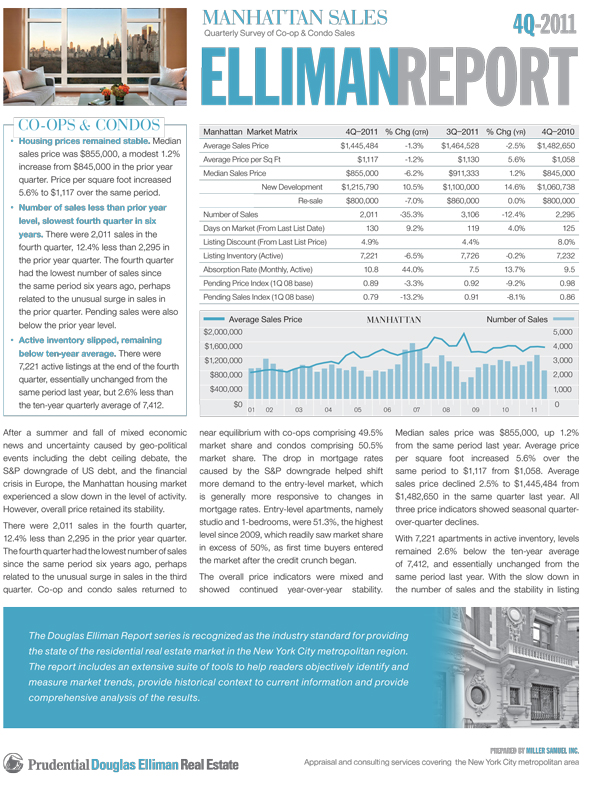