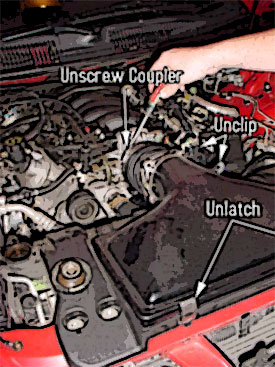 The release of the Beige Book [1] (last week) is always a fun read (yes, I am admittedly, pretty boring) because it allows the Fed to present a regular anecdotal description of the current economy. I’ve provided feedback to the Fed for this publication for a number of years and enjoy the national perspective submitted by each of the member banks. However, one thing I worry about is their ability to forecast with the rapid changes of late in the economy. Bernanke seems to be resigned to relying on the numbers as they come in, which of course, is behind the curve. Its like relying on the upwardly revised 2Q GDP [2] numbers made irrelevant with the credit meltdown under our belt in 3Q.

The financial markets are probably expecting a half point drop at the next FOMC meeting [3] on September 18th, so the impact of a generic 25 basis point adjustment is probably already built in. The Fed seems to be saying they will take action but probably not as aggressive as 50 basis points (1/2 percent) A 25 basis point move probably means no real impact on investor confidence in mortgage paper quality, no impact on rising non-conforming mortgage rates, no change to the housing market. With the full force of the housing downturn not to impact the economy until 2008 when resets peak, anything short of 50 basis points will be invisible.

If we get what we (I) wish for, a 50 basis point drop might actually make everyone even more nervous. In other words, the markets may think the Fed must know something we don’t because thats a bigger drop than we have seen in a long time. Crazy, isn’t it?

Recent distress in financial markets has “deepened” the housing slump [4], but the overall economy has seen little impact so far, the Federal Reserve said Wednesday in its beige book report. That assessment suggests that while a rate cut in two weeks may still be likely, officials may not see the same need for aggressive easing that financial markets expect.

Whether its a 1/4 point or 1/2 point drop, its not going to make any immediate difference to the housing market. Its a baby step towards investors getting back in the game, even though it doesn’t resolve the main issue: mortgage portfolios are laced with crap (sub-prime tranches) that no one seems to have a handle on.

As far as the perception of a Fed rate cut being a Wall Street bailout [5], I disagree. Its a moot point. I am more worried about the overall economy. The impact of housing as a drag on the economy hasn’t hit full force yet. I suspect not until mid-2008 or 2009. Mortgage resets are reported to be peaking in 2008 and the impact of a significantly lower number of sales transactions is just now beginning to hammer markets that are already weak.

The housing market is anything but beige.