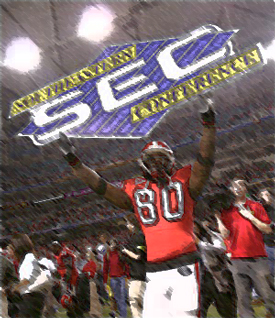 Regulatory authorities can’t catch everything [1], yet they can anticipate mamoth problems and sometimes adapt timely to changing complex financial instruments.

The SEC has become the poster child for all that is wrong with the federal regulatory oversight. The federal government needs to be re-build trust in a financial system.

The President-Elect has made his selection for SEC: [2]

Mary Schapiro, a veteran and diligent regulator if ever there was one, is Barack Obama’s choice to head the Securities and Exchange Commission. It is a choice that should please those who hope the S.E.C. can recover from what must be the worst year in its history.

Should she shut it down and start over? [3]

“I feel a sense of obligation to my successor to make sure there is not a, you know, a huge economic crisis. Look, we’re in a crisis now. I mean, this is — we’re in a huge recession, but I don’t want to make it even worse.”

It’s time for powerful executive action [5]by the administration to solve the crisis.

The SEC is an agency that missed the Madloff ponzi scheme involving fifty billion dollars or more by relying on data voluntarily provided by Madloff, who may have had some inside help [6]. Who are we kidding?

Here’s betting the SEC’s Chris Cox can’t wait turn over the keys to his office once the new administration rides into town. The embattled regulator yesterday said he was “gravely concerned” after reports surfaced that an agency official that took part in auditing Bernard Madoff’s books in 1999 and 2004 later married his niece.

The nuances are way beyond my expertise, but the common sense, for the most part, isn’t. Expect a boatload of hedge funds to sink in 2009.

Real estate, already hammered by the economic downturn and credit crunch, needs the Madloff scandal [7] like a shoe at the head. [8] (sorry)

Hindsight tells us it’s a lot cheaper to have modest effective regulatory oversight than complex regulations that don’t separate church/cookie and state/cookie jar so to speak.

Aside: Geeks versus Nerds [9].