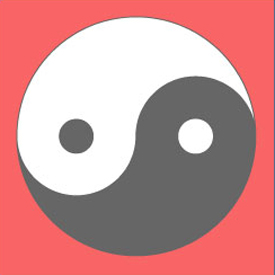 Confidence is more right here and now. Sentiment is more forward looking (it gives a snapshot of whether consumers feel like spending money [1].)

but I digress…
I continue to be amazed with the types of analysis being done with the subjective nature of what is on the consumer’s mind – or in this case, what journalists are writing about:

The ESI, which was first published in April, aims to identify significant turning points in the U.S. economy by analyzing coverage of 15 major daily newspapers in the U.S.

The Dow Jones Economic Sentiment Indicator bottomed last November and has continued to edge higher. Newspaper coverage has become more upbeat about the economy (I assume they assume that consumers are sick of reading about bad news), the number of articles expressing either positive or negative sentiment about the economy has fallen now to approaching a third of the level of its peak in October 2008 following the collapse of Lehman Brothers.

A lot of people are drinking the Kool-aid right now.

I find this particularly ironic since the real estate industry has long blamed “the media” for the making real estate correction worse by “piling on.” However, I find the coverage today to be overly positive from sloppy interpretation of the 4 housing price indices: Case-Shiller Index, NAR Existing Home Sales, Commerce Dept’s New Home Sales and FHFA HPI, showed positive signs.

Confidence among U.S. consumers unexpectedly fell in August for a second consecutive month as concern over jobs and wages grew.

The Reuters/University of Michigan preliminary index of consumer sentiment decreased to 63.2, the lowest level since March, from 66 in July. The measure reached a three-decade low of 55.3 in November.

Further reading [6] on this.