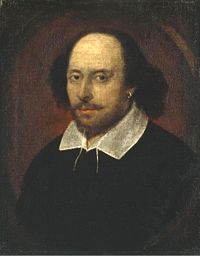 Perhaps one of the most misused phrases in the history of literature is the reference to a quote in Shakespeare’s play “Henry VI”, “First lets kill all the lawyers [1].”

The line is from The Second Part of Henry VI [2], act IV, scene ii, line 86; spoken by Dick the butcher, a follower of Jack Cade of Ashford, a common bully who tries to start a rebellion on which the Yorks can later capitalize to seize the throne from Henry.

The plan would be to take away the rights of common citizens but that would only work if they “killed all the lawyers.”

In the wake of the subprime crisis, there will be plenty of opportunities in litigation, foreclosure and bankruptcy actions [3] over the next several years. We are all (or at least I am) screaming for action on going after those that overstepped rule of law.

But what about those who were hurt who can’t afford legal advice? With so many law firms working with financial institutions in the wake of the crisis, there is a potential conflict of interest.

That hurdle is “issue conflict”—the potential conflict of interest for any law firm that has lawyers representing banks, savings and loans, and other financial institutions.

But the need—arising from the subprime mortgage debacle and exacerbated by skyrocketing food and fuel costs as well as rising layoffs—is great. Mark Schickman, a partner at Freeland Cooper & Foreman in San Francisco who chairs the ABA’s Standing Committee on Pro Bono and Public Service, says one in every 160 homes is subject to foreclosure.

“It’s almost a losing battle trying to provide legal services to the poor,” he says. “Every time we think we’re making headway, something like the foreclosure crisis comes in and pushes us from the goal. Pro bono attorneys are coming out in droves for this. It’s really heartening.”

In the ABA Journal article Prime Aid, Subprime Crisis [3] there is already a surge in such activity.

In April, the Association of the Bar of the City of New York’s standing Committee on Professional and Judicial Ethics issued an informal opinion (PDF) regarding homeowner representation by firms that represent financial institutions.

The Federal Reserve Bank of New York and the City Bar Justice Center are sponsoring a pro bono legal services effort called the Lawyers’ Foreclosure Intervention Network that pairs homeowners at risk of foreclosure with attorneys and certified law students.

It’s an encouraging development as well as good public relations effort for the legal profession.

I’ll have to crack open that dusty copy of Hamlet.