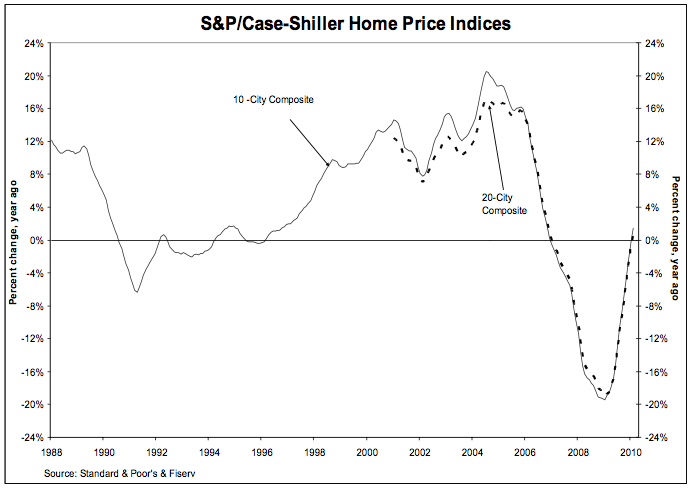 Last week S&P made the decision to de-emphasize seasonal adjustments [2] given the chaos of the past several years. A good move towards better transparency.

After 5 consecutive months of m-o-m declines, the Case Shiller Index is feeling the influence of rising foreclosures and a possible housing double dip, despite the stimulus in sales activity from the multiple federal tax programs.