The August 2009 S&P/Case-Shiller Home Price Indice [1]s report showed continued month over month improvement while the decline from the prior year same period continues to ease. Reporting on this report has been decidedly positive [2] over the past 6 months, cited by many as evidence that housing has bottomed. The report shows that prices are at 2003 levels, which is consistent with my personal experiences with the systemic breakdown of the mortgage process. Back in 2003, the pressure came on the appraisal industry full bore to keep the pipeline full as underwriting restrictions became seemingly non-existent. 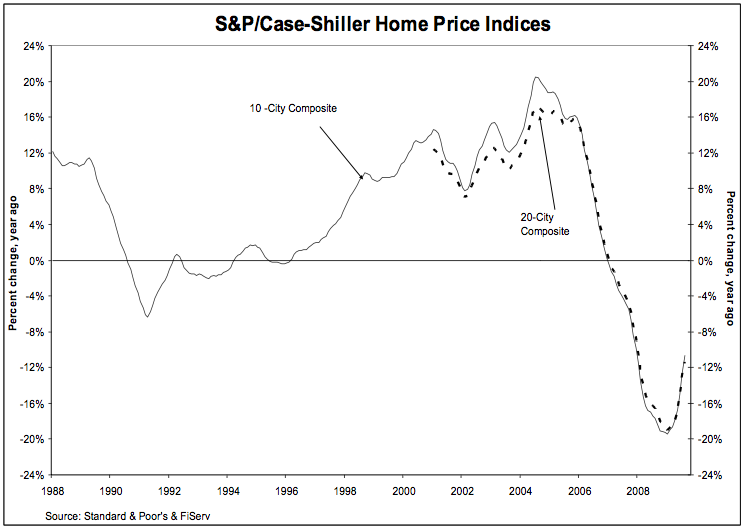 My friend Barry Ritholtz over at Big Picture [4] does a very interesting analysis on the high end of the market showing that it now only represents 10% of sales over $500k, a staggeringly small percentage. Barry and I are speaking on a panel today at The Realty Alliance [5].

Since CSI index is value weighted [6], the shift in the mix and surge in lower priced foreclosures will likely turn CSI negative in the near future, as early as next month.

In fact, the CSI press release suggest this and feels like our expectations are being managed a tad:

Once again, however, we do want to remind people of the upcoming expiration of the Federal First-Time Buyer’s Tax Credit in November and anticipated higher unemployment rates through year-end. Both may have a dampening effect on home prices.

Since residential housing indices trail the current market by about 4-5 months from “meeting of the minds” to actual reporting of the index (contract date => closing date => recording date => index reporting date) the people that work with this data already have a fairly strong impression of where the index will be next year and even the subsequent month.

If we can’t take the indices at face value when they show a decline, then perhaps the same ought to be true when the indices go positive? The take away here is there is no single barometer of the state of housing. 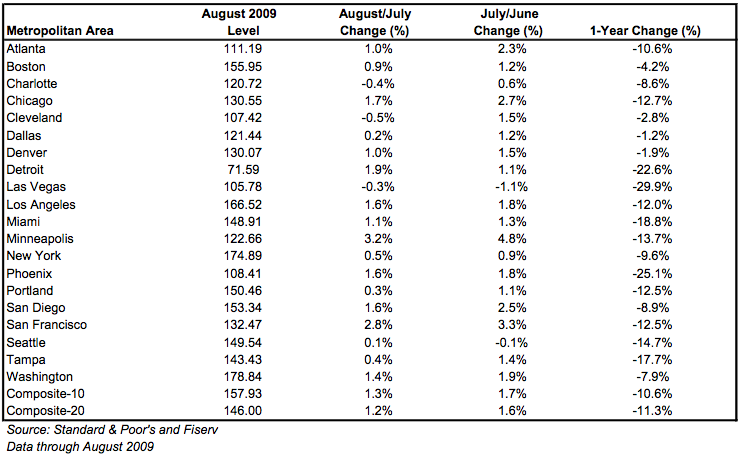 As I like to say: “The trend is your friend until it ends.”