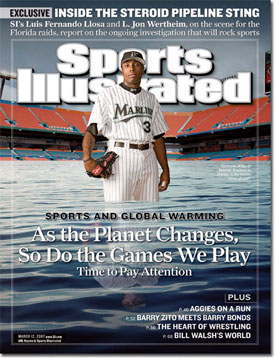 After the nation was able to make it past the annual Sports Illustrated swimsuit edition [1], we were faced with an SI cover story on global warming [2].

One of the lessons from Hurricane Katrina and made official recently from climatologists [3], is that we are influencing to a certain degree, the weather. In fact, if we all go green right now, its probably too late to undo the damage. I had read somewhere that every mile of lost wetlands around New Orleans results in one foot of additional storm surge. The loss of wetlands over the past 50 years escalated the damage of Katrina…it wasn’t all about the levees.

A few degrees of warmer weather and a few inches of water can cause havoc in the housing market, especially with the surge (no pun intended) of second homes, of which a significant portion are located on coastal waterways and shoreline. There was an interesting cover story by Teri Rogers called The Real Riddle of Changing Weather: How Safe Is My Home? [4] in last Sunday’s New York Times Real Estate section about consideration given to these changes in a high density urban market like New York City. 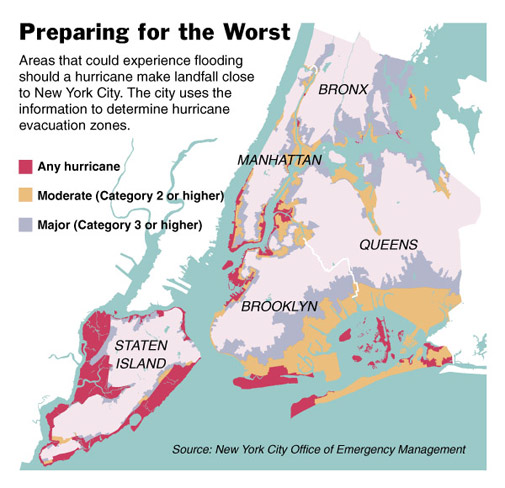 One of the take aways from the article for me was the potential underground damage to transportation and utilities and the rise in the use of glass in architectural design.

Incidentally, the FEMA flood zone maps for New York City haven’t been updated since 1983 and Battery Park City, which is a neighborhood created on the Hudson River from a landfill using the earth from the World Trade Center site isn’t even on the FEMA map. The maps still show the pre-existing piers. FEMA flood zone maps rate areas as zones of risk such as A5, B and C, usually in one hundred year increments. Perhaps, the time frame might need to be rethought.