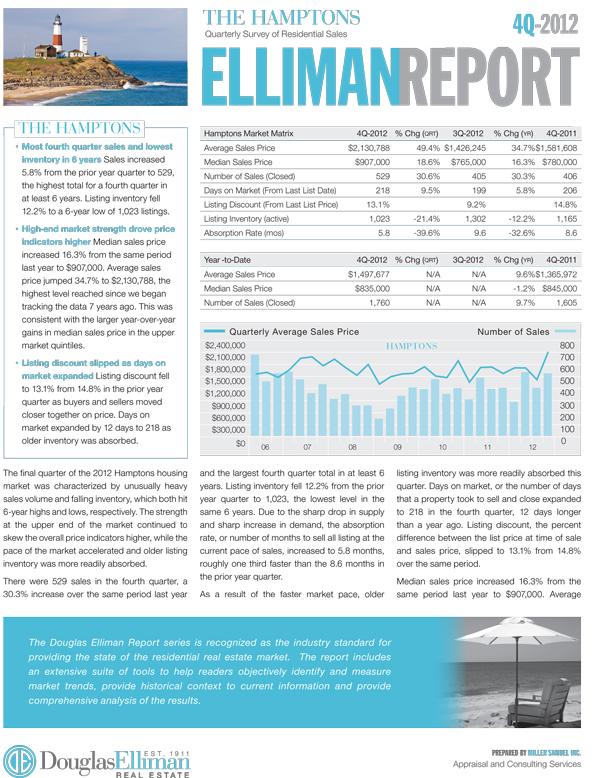 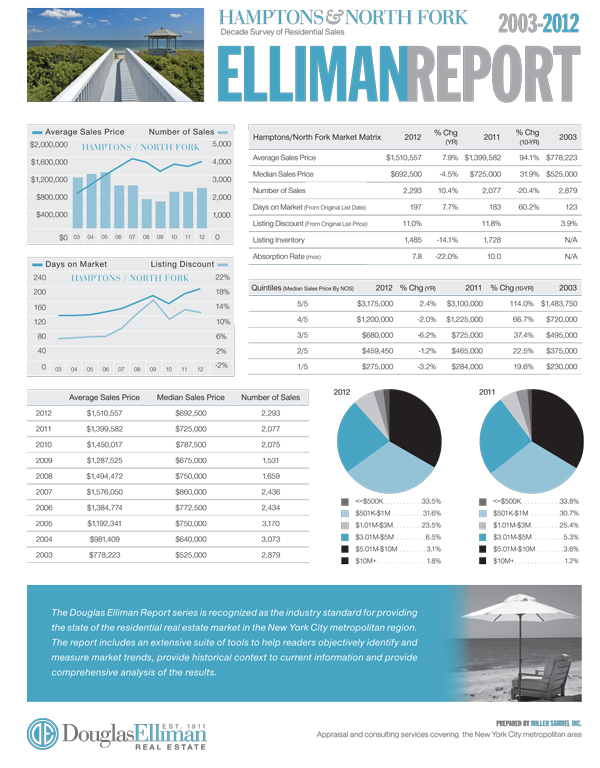 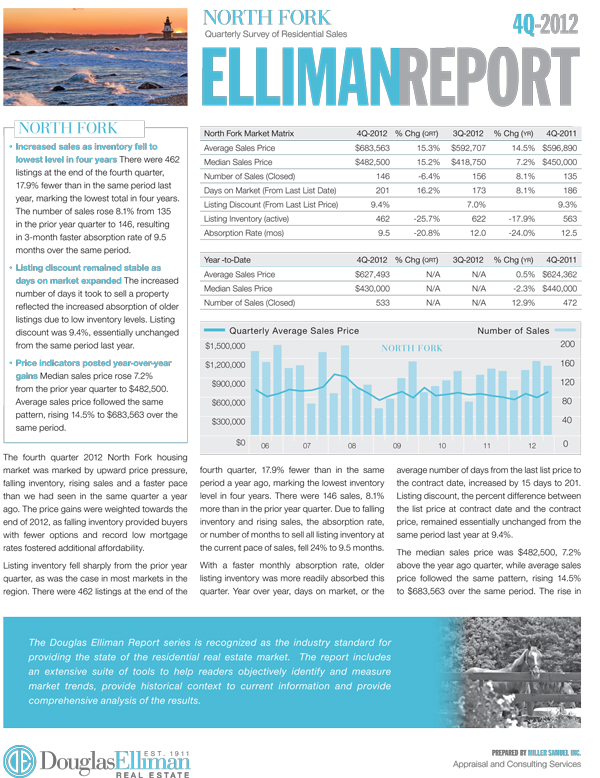 This is part of an evolving market report series I’ve been writing for Douglas Elliman [5] since 1994.

HAMPTONS…The final quarter of the 2012 Hamptons housing market was characterized by unusually heavy sales volume and falling inventory, which both hit 6-year highs and lows, respectively. The strength at the upper end of the market continued to skew the overall price indicators higher, while the pace of the market accelerated and older listing inventory was more readily absorbed…

NORTH FORK…The fourth quarter 2012 North Fork housing market was marked by upward price pressure, falling inventory, rising sales and a faster pace than we had seen in the same quarter a year ago. The price gains were weighted towards the end of 2012, as falling inventory provided buyers with fewer options and record low mortgage rates fostered additional affordability…

You can build your own custom data tables [6] on the market – now updated with 4Q 12 and annual 2003-2012 data. I’ll post the updated charts soon. In the meantime you can browse our chart library [7].