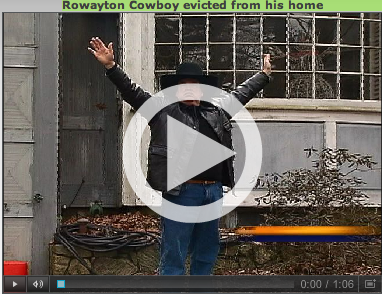 Scott Merrell, also known as the Rowayton Cowboy, was arrested Tuesday as he protested his eviction from his home. The city seized the multimillion-dollar home at Wilson Point after Merrell did not pay more than $110,000 in property taxes.

The home was sold at auction more than a year ago because of the tax situation.

Merrell has repeatedly claimed the city overvalued his home and that he should not have to pay.

There was a lot of coverage in this publicity effort, but if you lose in more than one legal venue, what is the point of all this?