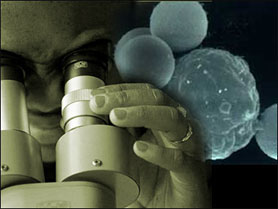 In Michael Mandel’s article Bigger than the Tech Bubble [BW] [1], he indicates that the tech bubble was not as big as the real estate bubble.

Let’s look at his argument:

Fact #1: The housing bubble is now officially bigger than the tech bubble ever was. At the peak of the frenzy in 2000, consumer and business spending on tech software and hardware absorbed 6% of economic output. Today, residential construction takes 6.1% of output — that’s the biggest share of the economy devoted to housing since 1955. And remember, that was smack-dab in the middle of the postwar baby boom.

“You cannot compare technology with real estate. You can always do without technology, but, you can never get away from the fact that you have to live in some sort of shelter…

In addition, technology is a business of commoditization whereas real estate always has some kind of intrinsic value.”

“Plus, since most people put only 10-20% down on a home, housing only has to fall 10-20% for some people to lose 100% of their equity. Imagine what happens when a person’s entire net worth is merely the 20% of their house that they own. It is true that housing never drops 100% like stocks, but it does not have to to wipe people out.

Lastly, housing can certainly fall at the same rate it has risen. When the Nasdaq crashed from 5000 to 1500, it really only retraced back to the levels of early 1998, or 2 years before the peak. So what if it was a 70% drop, it was still just a 2-year retracement.”

“Is there any correlation between housing prices and rates of residential investment?

And also, is new home purchase (ie. investment) significant? It seems to me to be quite different from residential investment (upgrading existing homes). Upgrades added to new homes would seem to be more more significant as a measure of investment as it would be a comparison of apples to apples. Just some thoughts. It seems to me that average new home construction could be greatly skewed by the type of homes being built, thereby driving up the residential investment number but reflecting no real increase in residential investment, just a change in preference on the type of new homes being purchased. To elaborate, lets say in the mid-1990s, when home investment was a little over 4% of GDP, that homebuilders targeted the entry-level housing market. Homes were located in cheap, outlying areas and were generally smaller. By 2002, due to demand, executive type homes were being built, and infill luxury condos began to skew the average investment up. Entry-level demand was rerouted to condo conversions or older homes as preferences or price points shifted. We would see an increase in residential investment without any corresponding change in the underlying activity. Its just that in one instance its reported and in the other its not. “

Webmaster’s note: From personal experience, I have never been able to find a meaningful correlation between stock market indexes and real estate markets. They are different asset classes, and react differently to various stimulus. I think the real correlation, especially in New York, is the amount of employment and personal income that is impacted locally by the activities in the financial sector. That goes for the tech bubble which burst in 2000. It had partly been responsible for the rise in housing in New York in Silicon Alley in the late 1990’s but the real estate market kept rising after the dotcom bust. Two ships passing in the night, so to speak.

Not just the tech bubble, comparing real estate with stocks is misleading. Stocks are traded efficiently and inexpensively. Real estate as an asset class, tends to be very expensive with a longer holding periods.

UPDATE: Apparently, I mis-pasted (sp?) portions of the text when I spell-checked and didn’t notice the duplicate comments when I posted. All is well now. Phew!