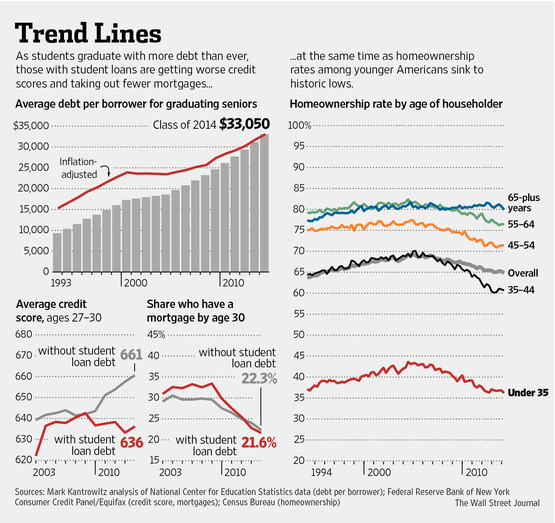 I really like the way this chart illustrates the 20 year decline in the homeownership rate. A few thoughts on what it shows:

35-44 – most volatile, has overcorrected – large gain during credit boom and fell well below 1994 levels.

65 and above – only category to finish higher than 1994 levels – not heavily influenced by credit bubble.