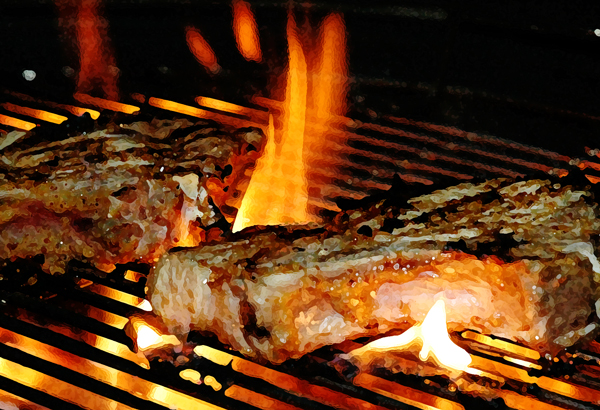 I was looking for guidance/insight on the issue of future REO volume because I had anticipated a faster pickup in REO volume once the state AG agreement was signed with the major servicers (ie being held back after robo signing scandal) but that is yet the case.

One of the most knowledgeable people in the business and a good friend (as well as an expert in the field of the BBQ) is Rick Sharga, Executive Vice President of Carrington Mortgage Holdings [2] so I traded emails with him, compiled it and received a great overview of the topic:

Miller: Most pundits are looking at all the price metrics saying things are improving and inventory is low. To me it feels like there is an essential component not being factored in and that is foreclosure shadow. Am I overly concerned about it? I thought we were looking at several years of heavy volume. In fact S&P says 48 months of heavy REO volume.

Sharga: I break REO into two distinct phases: activity and inventory. Both have been falling. Inventory levels have been falling largely because of an unexpected drop-off in activity levels. That drop-off has slowed down the pipeline of new REO inventory, and the market has gradually been whittling away at the existing inventory. We seem to have reached a plateau of about 500,000 REO sales a year, and the question of how long it will take to clear the market is a good one. I don’t think we’ve peaked yet in terms of inventory (LPS believes that REO inventory levels will peak in 2015, and they may be right, based on how many seriously delinquent loans there are, and how long it takes to execute a foreclosure).

Miller: But why is volume down?

Sharga: The activity levels being down is a bit of a surprise, but in hindsight probably shouldn’t be. There are several factors at play here. First, from a positive perspective, we’re seeing dramatic increases in short sales. That’s a good trend for everybody – lenders lose less, buyers get a good deal, borrowers take less of a credit hit, properties don’t deteriorate as much and prices don’t drop as far. Every short sale essentially means one less REO, so they’re definitely a factor to consider.

Second, we’re (finally) starting to see some sales of non-performing loans (NPLs) by the major lenders; we’ve purchased two portfolios worth between $150-250 million in the last few months. Those sales at the very least delay REO actions while the notes are being transferred. Then, in cases such as ours where our mortgage servicing unit starts contacting the delinquent borrowers, a lot of loans are modified and taken out of foreclosure. Those that can’t be modified are typically offered the option of a short sale. So foreclosure actions actually are reduced by NPL sales.

Third, the long-awaited AG settlement has had a bit of an unintended consequence in this area. While we anticipated – and have seen – the return of foreclosure processing in some of the judicial states where the engines had seized up during the AG negotiations, we’ve also seen an unexpected drop in activity in the non-judicial states. Part of this is due to the terms of the settlement. The five largest servicers have agreed to write off about $20 billion in principal balance on their delinquent loans. A high percentage of these loans are in the Southwest, in non-judicial states like CA and NV. These states also had some of the largest price declines from peak to trough. The servicers have financial incentives to meet their $20 billion amount as quickly as possible (one servicer, for example, is believed to have a “dollar for dollar” incentive on anything it writes down this year). So, the quickest way to meet the write down requirement is to target delinquent loans in the Western non-judicial states. “Dual tracking” is now illegal. Therefore, it makes sense for the servicers to halt foreclosure actions on these properties and see if the borrowers qualify for the write downs. How big is this? BofA announced that it had already made offers to 200,000 borrowers. The huge drop off in REO activity in these states won’t be offset by increases in the judicial states; even though they’re starting to execute foreclosures again, it will take time to unclog the system in those states and get through the processes.

Finally, some of this is localized (Nevada has some new laws that make it difficult to execute a foreclosure without the original mortgage note); and some of it is due to pending Federal programs (HAMP Tier 2 is scheduled to launch next month, which will require servicers to see which of their previously un-modified loans will qualify for the latest government program).

Miller: What about that shadow inventory we’ve all been hearing about, and the several million seriously delinquent loans not yet in foreclosure?

Sharga: It probably means that fewer of them will make it through to REO status, and that the ones that do will get there in a very measured, controlled manner. This makes the LPS scenario believable: all those delinquent loans gradually working their way through the foreclosure process over the next 2-3 years but not creating a flood of REO inventory; peaking sometime in 2015, and falling pretty dramatically after that.

Miller: This is very helpful, thanks. Another important topic of the day is BBQing. Any sage advice for a novice?

Sharga: Always remember my “never fails,” three step grilling mantra:
1. Buy the best food you can find
2. Use 100% hardwood chunk coal
3. Stay out of the way and try your best not to screw anything up