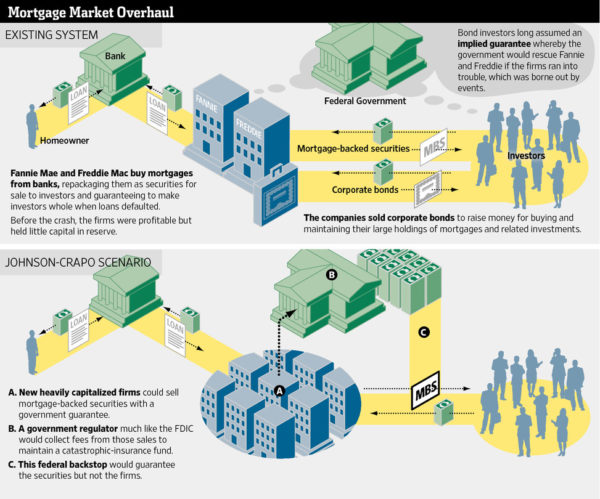 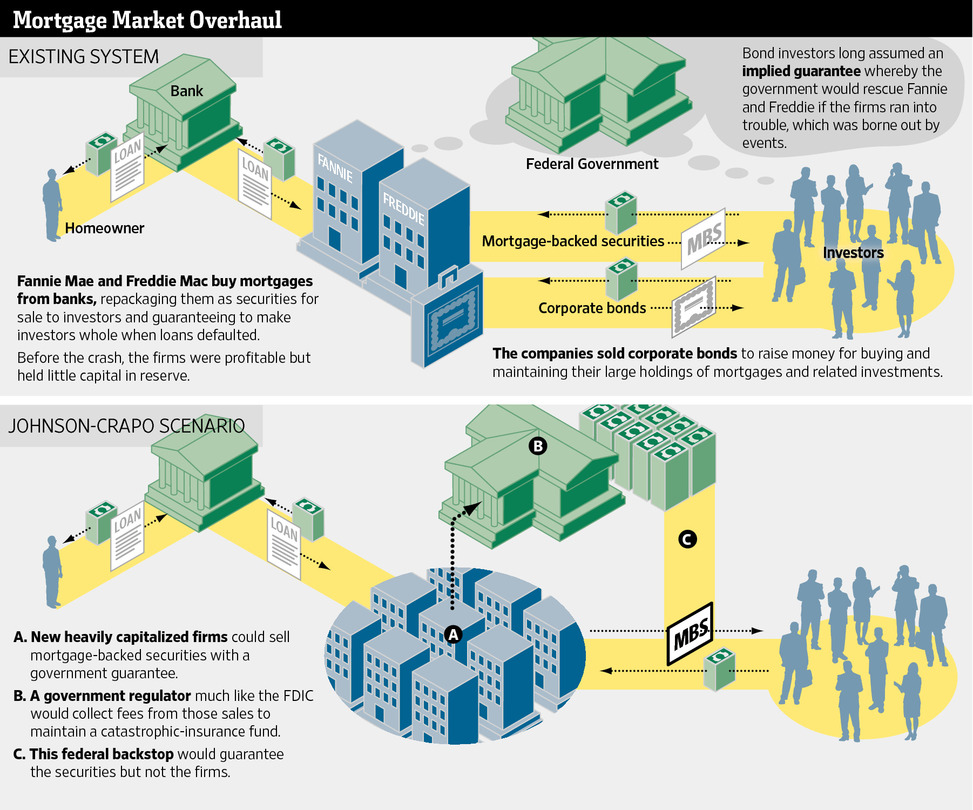 Roughly 90% of the residential market has passed through Fannie and Freddie since the onset of the financial crisis. Reliance on these institutions was only around 50% before the crisis – and are they making a lot of money for the federal government right now. I’ll leave out the part where FHA stepped in to pick up the high risk slack. The private secondary mortgage market was obliterated by the credit crunch/housing crash and in the half decade that has passed, investors are just now dipping their toes in the water.

Big Dumb Banks
As my friend Barry Ritholtz over at Big Picture [3] once told me that the former GSEs are merely “Big Dumb Banks.” In other words, they do as they were told.

Swapping them with another alphabet soup named agency doesn’t solve the problem. In fact, I contend that replacing Fannie and Freddie completely would likely create more problems since little if anything has been done to reduce the systemic risks that nearly brought down the financial system – and whose impact are still being felt by most Americans today.

If we can agree that Fannie and Freddie created a stable mortgage market environment for decades (Fannie since the Depression and Freddie since the 1960s) and then blew up in the recent decade or more (problems began back in late 1990s), there are clearly other issues in play. I’ve always seen Fannie and Freddie as the symptom not the cause of our current economic problems.

Fixing the symptom may make some feel better, but it does nothing to reduce the probability of a systemic credit collapse. The bailout of the GSEs was a result of policy from Washington – the congress, the executive branch and both political parties who in various ways encouraged proactive neutering of regulatory powers, allowed the revolving doors of regulators with Wall Street, allowing Wall Street to compete directly with commercial banks with mind boggling leverage, limited separation of competing interests (ie rating agencies and investment banks) and incentivizing a shifting culture to serve the shareholders over the taxpayers.

I suspect that last point is the impetus for this bi-partisan proposal – reduce the risk exposure to the taxpayer by getting the private market to take over. Congress clearly has an image problem that it is trying to fix as of late (until mid-terms).

Setting Standards to Follow
One of the under appreciated functions of Fannie Mae and to a lesser degree Freddie Mac, was to serve as the leader to the private mortgage market. When Fannie Mae adopted a standard or policy, the private market (ie jumbo mortgage investors), followed their lead. With Fannie and Freddie floating in limbo with a potential looming overhaul, it’s hard to imagine a robust private market developing anytime soon. This would be a completely new institution that would replace and reinvent the former GSEs, you simply invite anywhere from chaos to uncertainty into the financial system and instability to the housing market, a key economic engine for the economy.

The whole plumbing of the mortgage market runs through these companies. You can’t just take these things away without having a very clear and specific view about what’s going to replace them,” said Daniel Mudd, Fannie’s former chief executive, in an interview last year.

No real alternative to the system has been proposed that I’m aware of and this is really window dressing to show bi-partisanship in Washington. There is no time frame proposed and very little details to reinvent the secondary mortgage market have been brought forward.

Key Issues to Fix
The WSJ piece summarizes the key issues that need to be address quite succinctly:

The trouble is, the solution to over-reliance on Fannie and Freddie is too complex for Congress to solve in this era of gridlock. Record revenue being generated by the former GSEs make long term solutions unobtainable for now. I don’t see how any major changes can be inserted into the financial systems for a long time.