[Sorry for the late posts today, a bit under the weather -ed] 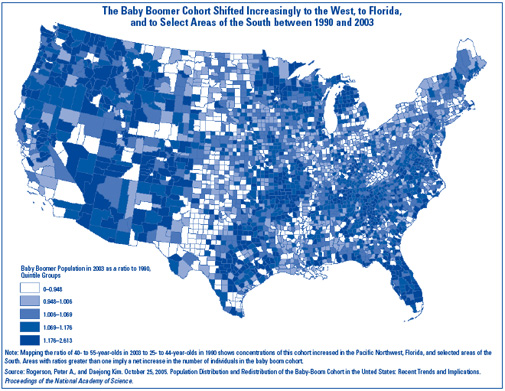 There has been a lot of discussion about retirement and housing late – here are two studies that discuss the trends. The fist is a report by FDIC that discusses baby-boomers and immigrants with housing demand. The second study, which is not available yet, was done by the Federal Reserve discusses the the impact of the growing baby-boom retirement population and its impact on the economy.

Banking on the Baby Boomers: How Demographic Trends Are Reshaping the Financial Landscape [FDIC (pdf)] [1]

A snapshot of U.S. population growth during the past 20 years shows significant increases in the numbers of aging baby boomers and foreign-born individuals. Although these groups differ in age, income, education level, and household size, both are expected to significantly affect the demand for owner-occupied housing.

The housing discussion begins on page 17. 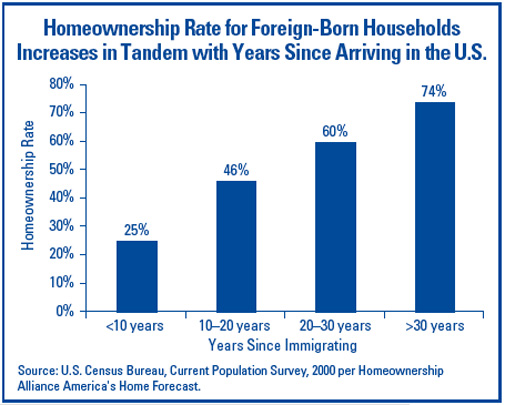 A new Federal Reserve study has shaken economists’ forecasts by suggesting the U.S. economy will have to decelerate much more over the next decade than most now expect.

The study, to be published in July, finds that the retirement of the Baby Boom generation will force far-reaching adjustments in the way the economy works. Forecasts for everything from growth and employment to corporate profits and interest rates will have to be recast.

The problem will be that the retirement of baby boomers will weaken the labor force over the next 10 years. With a smaller work force to sustain the economy, there is more inflationary pressures and wage pressures ahead. This could complicate the Fed’s task of keeping inflation reigned in by keeping moortgage rates at a higher level.