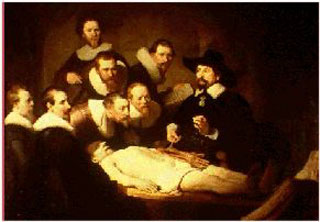 With Bernanke’s stewarship of the Fed underway, I have wondered if the Temple was paying short shrift to the impact of the weakening housing market on economy. Comments made by Bernanke seemed to indicate that housing was doing just fine. Everyone knows (who follows the real estate market) that a change has occured as evidenced by the fourth successive monthly decline in new housing sales [BW]. [1]

In the article Fed Finds Overseas That Even Steady Home Prices May Hurt Growth [Bloomberg] [2] the red-hot U.S. housing market showing signs of coming off the boil, Fed officials are again looking abroad for hints on what lies ahead for the U.S. This time the focus is on Australia, the U.K. and the Netherlands, where home-price advances peaked after housing booms that had significantly spurred economic growth.

What patterns were seen? Within a year and a half after markets peaked in the Netherlands, Australia and Britain, prices in all three had stagnated, hitting homebuilding, consumer confidence and spending.

Economic growth in these countries was about half within a year after the housing markets cooled.

Jan Hatzius, chief U.S. economist at Goldman Sachs Group Inc. in New York, says the Fed might have to take similar action. He forecasts U.S. economic growth will slow to 2.6 percent next year from 3.4 percent this year. The Fed, he says, will stop raising its target rate when it gets to 5 percent and will lower it a full percentage point next year to cushion the economy from the fallout of the housing slowdown.

If his theory sounds vaguely familiar…
A Weakening Economy (If It Is), Has The Makings Of A Refi Boom In 2007 (If It Does) [Matrix] [3]