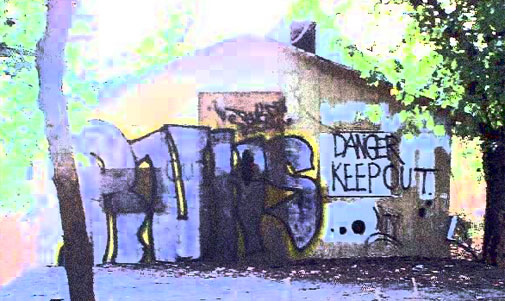 Back in September 2007, US Senator Dodd from my home state of Connecticut [1] submitted what appears to be hastily conceived legislation to solve the mortgage crisis in response to the prior month’s credit market meltdown. I believe it was created to address subprime lending, but because it was so loosely presented, it casts a wide blanket over the lending process to little effect and likely causes more problems because it embraces conventional wisdom rather than actual practices. As far as appraisals go, it clearly doesn’t recognize the fundamental problems that New York AG Cuomo [2] has already recognized.

The appraisal related language in the bill is sloppy and contains slang, suggesting that someone with little experience drafted it or the the bill was not understood by the Senator. I am very disappointed. It found co-sponsors because it contains buzzwords like “appraiser”, “mortgage” and “meltdown”.

In fact, the language of the bill was so vague and misdirected (the appraisal part) that most appraisers never took it seriously, instead focusing on efforts by Senator Frank [3] and NY AG Cuomo [4]. However, it still has life and is being taken seriously.

The bill is now in the Banking, Housing and Urban Affairs Committee [5].

I think Senator Dodd’s introduction of the concept of bonding was to incentivize the appraiser to do good by having “skin in the game” but it does nothing to solve the current lending problem. Is this the best that can be done by Congress? It’s damaging to the lending industry and poorly written and thought out, and in my opinion, it allows Congress to say this takes care of the problem, when in fact, it makes it worse.

V. Require good faith and fair dealing in appraisals.
– Prohibit pressure from being brought to bear on appraisers.
– Hold lenders liable for appraisals to avoid the appraisal problems created in the current climate.

Here’s the actual language of the appraisal related portion of the bill:

My comment: Generic boilerplate that probably needs to be said. On that note I propose legislation that government officials never abuse their power, the public shouldn’t commit crimes and all school kids show do their homework. In other words, its an ideal, but it has nothing to do with addressing the core systemic problem – remove the possibility of collusion from the process.

My comment: They actually use the word “hit” in the legislation. Who wrote this? How is a lender prevented from attempting to “seek to influence an appraisers work.” These are just words.

Comment: “A crucial cause” implies appraisers initiated the problem. Wrong. They were the enabler of the lenders and the bad ones were rewarded for unethical practice. They actually use the word “meltdown” in this bill? This paragraph also infers that good appraisals are always low. You can say stuff like this all day long but that doesn’t stop it from happening.

Comment: “How do the costs of the bonding enter into this? I am not familiar with getting bonded I assume that means appraisers would file for a bond with a predetermined amount so we get enough coverage. That violates federal licensing law (USPAP). This does nothing to fix systemic fraud and burdens the appraisers that do the right thing with additional costs. How does it keep a bad appraiser from doing bad work? They charge the bond costs to their unwitting (or not) clients and it’s no skin off their back. Good grief.

Comment: Can you imagine the litigation costs that would result if this passes? Who determines whether the value is off by more than 10%? Another appraiser who is hired by the homeowner? An AMC? A real estate broker? Zillow? A lender using an Automated Valuation Model? What is “True” market value? Is this a new definition of market value and all other forms like “Fair” used by GAAP are “False”? I find it hard not to say the word “true” in this application without sounding sarcastic.

— When an appraisal exceeds market value by 10 percent (plus or minus 2 percent) or more, a borrower has a cause of action against the lender. A consumer who is awarded remedies under this section shall collect from the appraiser’s bond.

Comment: Can you imagine the the costs that will be endured by the consumer? I understand that bonding costs for the typical appraiser would be $10,000 to $40,000 per year (per appraiser). For what? Appraising is already a razor thin margin business. Two things are going to happen: appraisal services are going to probably double, and many good appraisers will be forced out of business.

Comment:The further destabilization of the lending industry is worth $5k?

Here are the Senators who think this is a good idea:

I’ll bet if the situation was explained to the Senators with clarity, they would have issues with the bill as written. Time is of the essence, but the solution needs to solve the problem. The problem is about self-dealing and allaying investor’s concerns with the products they are purchasing.