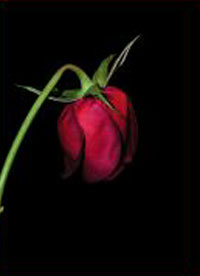 The Federal Reserve released their Beige Book [1] yesterday which is an anecdotal description of the economy from each of the 12 Federal Reserve Districts. Each district interviews industry contacts to arrive at a picture of how things are going.

Overall
Reports from all twelve Federal Reserve Districts indicate that economic activity continued to expand from mid-April to early June, but there were some signs of deceleration. Activity moderated in four Districts–Atlanta, Kansas City, Richmond, and San Francisco–and the New York District noted increased concern about the outlook for the second half. Seven Districts–Boston, Chicago, Cleveland, Dallas, Minneapolis, New York, and St. Louis–said growth was similar to the pace reported in the last Beige Book. The Philadelphia District, however, reported an improvement in overall economic conditions.

Banking and Finance
Overall lending activity was mixed, and credit quality remained good across the nation. The New York, Chicago, and Atlanta Districts reported continued slowing in loan demand, while lending activity levels held steady in the Dallas, Kansas City, St. Louis, and San Francisco Districts. Only the Philadelphia District noted an increase in overall loan volumes over the past six weeks.

New development of residential property is starting to cool because of market forces, although long lead times to bring developments to market will leave many projects in the pipeline for the next two years no matter what happens to mortgage rates and the economy.

All the discussion about inflation in recent days and despite the Fed’s own Beige book, I think we are almost certain to have one more rate increase this June and perhaps either another one at the next FOMC meeting or even a 50 basis point move at the June meeting.

I’d be surprised if they did nothing. The bond market would get very jittery because they are expecting another hike.

Of course, next year, we will all look back and say the Fed went at least one rate hike too far.