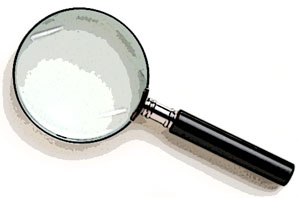 Over the past few weeks, discussion of the impact of the Wall Street bonus has increased as rapidly as the housing prices did in 2004. Its a big economic event in the New York region and provides a significant impact on the local economy.

Bonuses been get a lot of coverage with more to come:

However, I don’t think that bonuses are the only reason why 2007 looks more promising today than it did 6 months ago. While bonus income seems to have more impact on pricing than the number of sales, the consensus is that a wider market strata will be affected this time.

Last year, the bonus income had more of an impact on the upper 2% of the market, for properties priced above $5 million dollars. This year however, as the saying goes, its different. But no real reason has been given as to why things are different this year other than bonuses, it just feels different. For example, its my impression that there have been more bidding wars in the last month and a half than in the early part of the year.

Here are some thoughts on why the outlook for 2007 could be better than last year in New York real estate:

To expound on the last thought, the real estate market is often defined by negative milestones [7], ironic for such an upbeat industry. One of those milestones could be the recent national election.

With the president’s approval rating at record lows for his tenure and the situation in Iraq deteriorating, I thought that a change in control of the Congress could be one of those milestones. The looming election had turned the focus away from the housing market. While the change in power may or may not impact housing, it was a change and seemed to precipated a change in perception.

The latest wrinkle is the sudden illness of Democatic Senator Tim Johnson [8], who, if unable to continue in office, would be replaced by someone appointed by the Governor, a Republican by presumeably, a Republican. This would move the Senate to 50/50 representation by both parties just after the newly majority that the Democrats earned last month. However, I suspect that this is a non-event for housing. The momentum has already been initiated by the election.

Sure, the bonus money is an important, and perhaps primary component of the recent surge in activity in Manhattan, but it can’t claim all the credit.