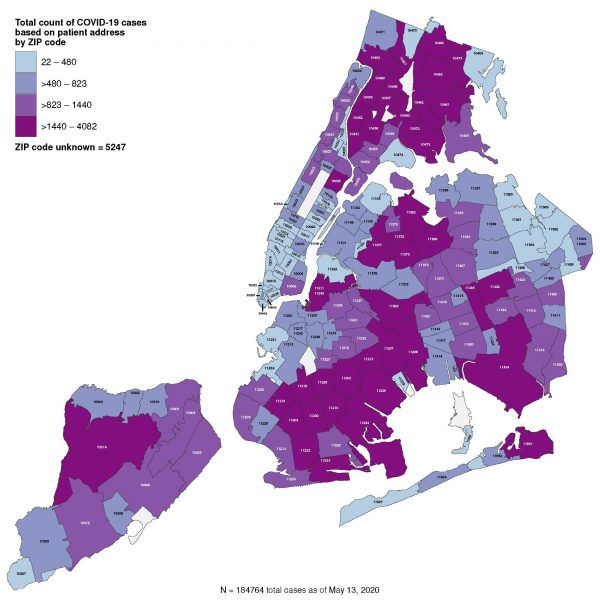 One of the pieces of conventional wisdom we have picked up during the COVID-19 crisis is that high-density residential living will be less favored. The city to suburban migration pattern is already beginning in New York City and could last several years. The rising number of suburban single-family rental inquiries from the city has provided the initial evidence of a trend. City residents seem to be looking to test drive the suburbs and commute to their city job when “shelter in place rules begin to ease.”

New York City has developed a national reputation as a hotbed of Coronavirus infection because of our higher density. We live a lot closer together than a sprawling suburb in Dallas and have a greater dependency on public transportation such as the subway and buses instead of driving cars. I live in Fairfield County, Connecticut, a bedroom suburb of New York City with a county-wide COVID-19 ratio of 1068 deaths per its 943,332 population. Dallas County, Texas, had 153 deaths per its 2.636 million people. My county has a wildly higher death rate than a county that contains an urban core like Dallas.

Is the city to suburban trend sustainable?

New Yorkers buy into the urban to the suburban narrative, so I believe the push to the outlying NYC metro suburbs could be quite significant in the near term. While the outbound migration began a few years ago, it is not clear whether the trend can continue [3] for more than a few years. The pattern could ultimately be different from what is currently expected including:

I think that the high-density lifestyle of New York City is what makes living there so great. I’ve lived in or around New York City since the mid-80s. Before we moved to the city, my dad used to proclaim:

Where else can you buy strawberries at 3 am in the morning?!?!?

Placing strawberries aside, I remain skeptical that the urban to suburban outbound migration can be sustained long term. We saw the same outbound pattern after 9/11 and then an inbound return only a few years later.

Density is not the only reason

Urban density is just one reason for the high COVID-19 infection rate that is driving outbound migration. It is not the reason [4]. Other factors influencing the disparity in the infection rate include neighborhood characteristics such as wealth, commute time, and the concentration of multi-generational households.

The map above confirms the argument that it’s not all about density – the highest infection rates are in the “suburban-like” areas of the city including Staten Island and the outer reaches of Brooklyn and Queens. Manhattan, home for many of the tall commercial and residential towers the city is famous for, has the lowest infection rate.

These Manhattan results might help maintain the enthusiasm for that occasional 3 am strawberry run to the corner market.