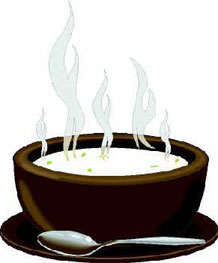 Those who have been bullish on the economy seem to be making the case that it is entering Goldilock’s territory, not too hot, not too cold [TheStreet.com]. [1] The U.S. economy grew at the slowest pace in nearly three years [Market Watch] [2] in the just-concluded fourth quarter, economists estimate.

“Led by what could be the weakest consumer spending since 1991, the economy likely grew at about a 2.7% annual pace in the fourth quarter after 11 straight quarters of growth above 3%, economists say.”

“The slowdown is just what the Federal Reserve wants at this point in the business cycle. The Fed has boosted its short-term interest rate target 13 times since mid-2004 in a bid to put the brakes on the economy.”

“The Fed is expected to raise rates again on Jan. 31 and likely in March.”

“Housing was one of the few bright spots in the fourth quarter’s growth mix, along with inventory rebuilding.”

A couple of thoughts here… most think that the Fed will increase short term rates two more times and then wait and see what happens. We will also have to wait to see what Bernanke has in store for us (hopefully in the new bernankespeak) IMHO, the Fed usually goes 2 increases too far as it relates to housing.

There has been a lot of concern that the handoff from a weaker housing market, which stimulates consumer spending, to an improved corporate profit picture will not result in a full economic offset. The slowing economic growth engine beginning to emerge seems to be proving this point.

Right now, the economy may be entering Goldilocks mode [3] and that may prove to be a good thing for housing in 2006.