In the Fortune article called Real Estate: Is the party over? [CNN] [1] 100 markets were surveyed by Fiserv CSW.

Here are the highlights:

“As inflation gradually gnaws away at the value of nominal home prices, regular folks might not take much notice. But in the long run the loss of wealth becomes all too real.”

Here’s were the analysis gets too sensational to be objective:
From 1989 to 1997, for instance, Los Angeles residential real estate dropped more than 40 percent in inflation-adjusted terms.

Webmaster’s note: This 40% figure is an often used quote in the media that is highly misleading since the aerospace industry during this period suffered widespread layoffs that took ten years for the area economy to recover. 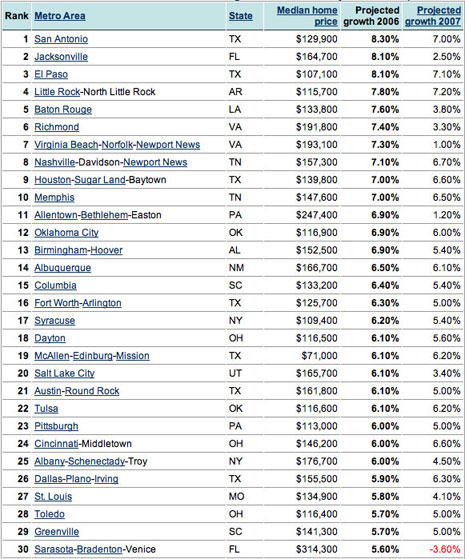 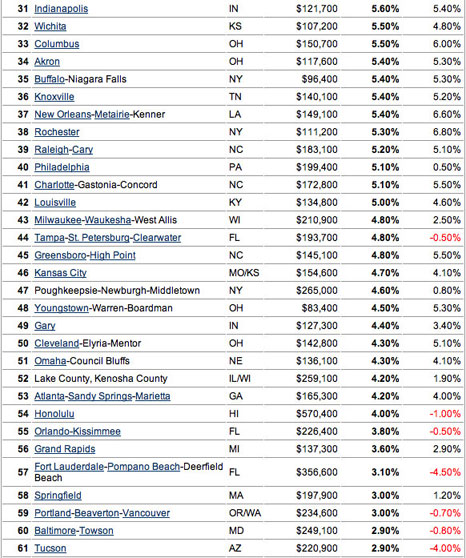 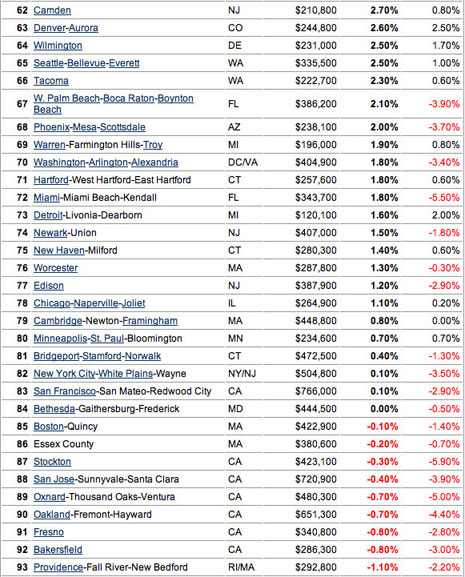