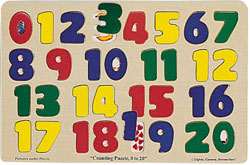 Every month the Census Bureau and HUD release stats on new residential one family home sales. This month the abstract from the release was as follows:

Economists were projecting a 6% decline from March to April but the final stats showed a 4.9% increase [Bloomberg] [2], sending bond yields up today over inflation concerns.

But here’s why these stats from Census are essentially meaningless. Apparently I am not alone on this.