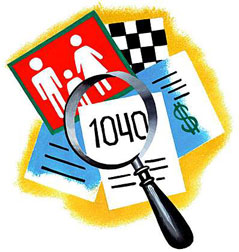 President’s Advisory Panel on Federal Tax Reform released its recommendations today [TaxReformPanel.gov] [1]. The panel was mandated to simplify the tax code for individuals and corporations. Its has been suggested that one of the reasons for the reform was to repeal the Alternative Minimum Tax which was initially created to “tax the rich.” However, since they did not index the the AMT for inflation (amazing!), the number of US taxpayers eligible for this tax has grown considerably. However, removal of the tax would eliminate billions from the revenue rolls so other sources of income had to be considered.

Of the provisions the panel recommended, one key item related to the real estate economy they chose to change is the home mortgage tax deduction, the sacred cow of American home ownership.

Arguably, this would affect a small percentage of housing markets since the median US housing price according to NAR is around $220,000. The hardest hit sector would be the upper end of the market, the luxury or high-end sectors, which are already most vulnerable to oversupply going forward.

There is a bias caused by setting a price threshold such as $1.1M in housing markets where basic housing is far more expensive than other markets. This is particularly true on the west coast and the northeast which have the highest housing costs in the nation. Because of the higher cost of living in these markets, it is not reasonable to single out specific housing markets.

President Bush’s political capital is at an all-time low so it is not clear how far this potential hornet’s nest will go. It is cause for concern however because the housing market: