Although I’m often a bit macro in this column, it’s Micro Week at Curbed. So I thought I would rank Manhattan neighborhoods by the average square footage of their studio apartments based on all the closed sales of 2014. The results are in: if you want a plethora of small apartments, look uptown. On both the East and West Sides above 96th Street, from Morningside Heights and the Upper East Side to Harlem and Inwood, the average studio clocks in at under 500 square feet. By contrast, downtown, in areas like Soho, Tribeca, Battery Park City, and the Financial District, studios are larger… 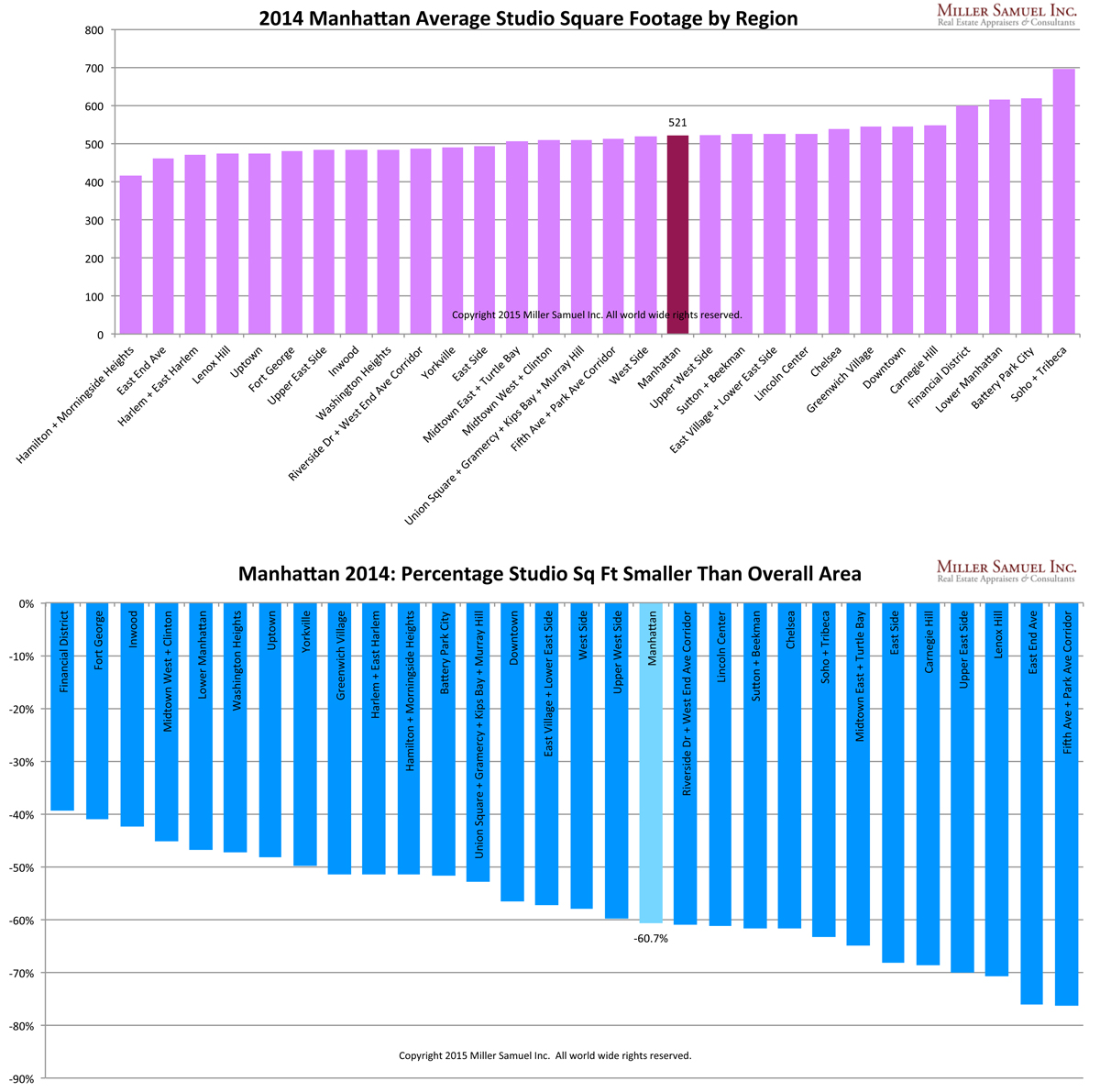