After covering more serious topics as of late, this week I thought I’d lighten things up and look at New York city’s signed contracts by day of the week. I used the roughly 2,000 contract dates I had for the closed sales in Q1 of 2015, as used in the Elliman Report for that time period, and parsed out the market by day of the week. Strategically, there is probably nothing to be learned from this exercise, but hey, it’s an angle I’ve never examined before… 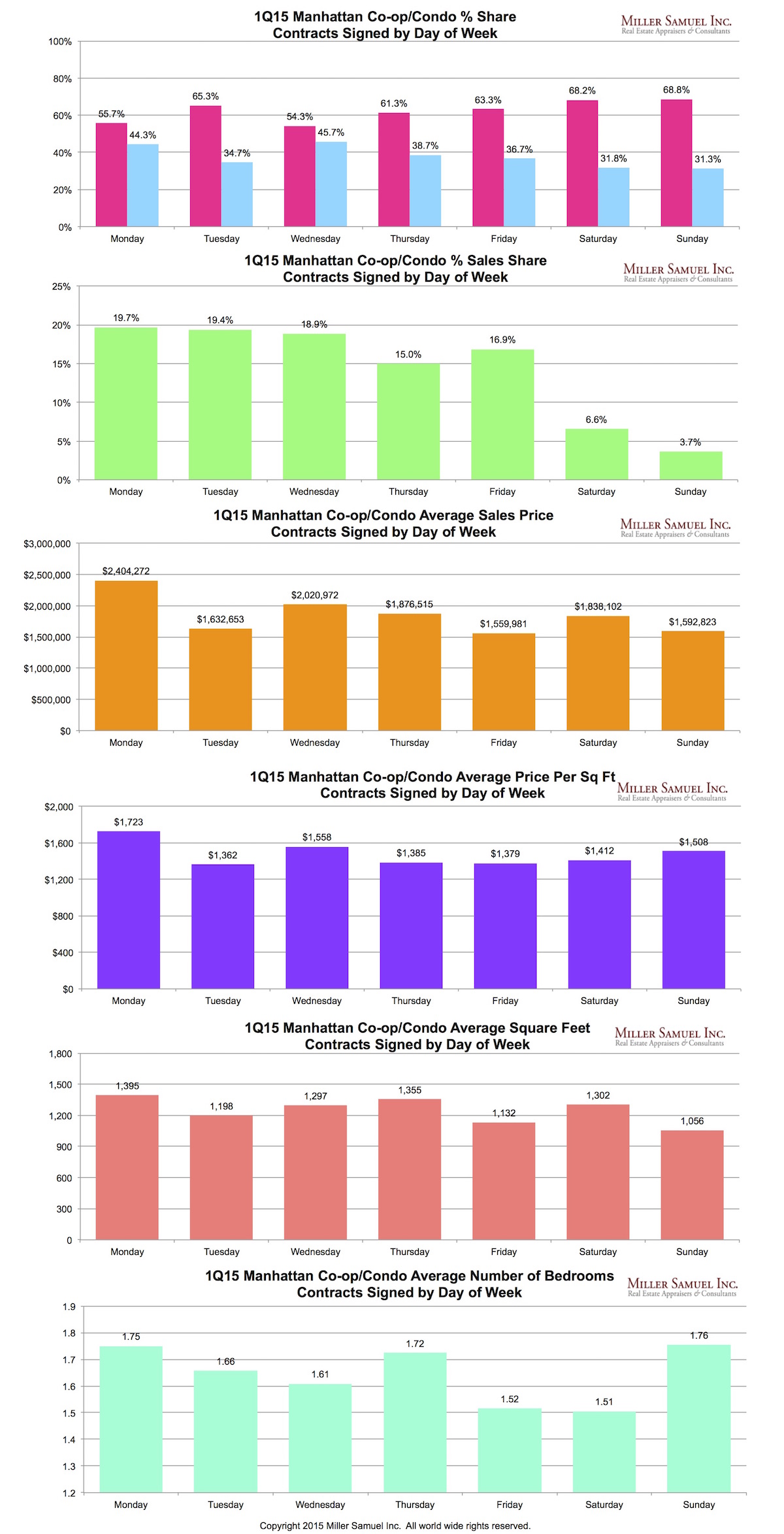