Now that I am fully recovered from Micro Week, I thought I would think a little bigger and present the Manhattan inventory picture by comparing new development and re-sales. I’ve charted it from the pre-Lehman high (PLH for those in the know) through the end of 2014 in two graphs. One shows the year-over-year change, and the other tracks inventory by units to help tell the whole story. Inventory was in a state of free fall for both types from 2009 through 2013, but in 2014 the picture clearly changed… 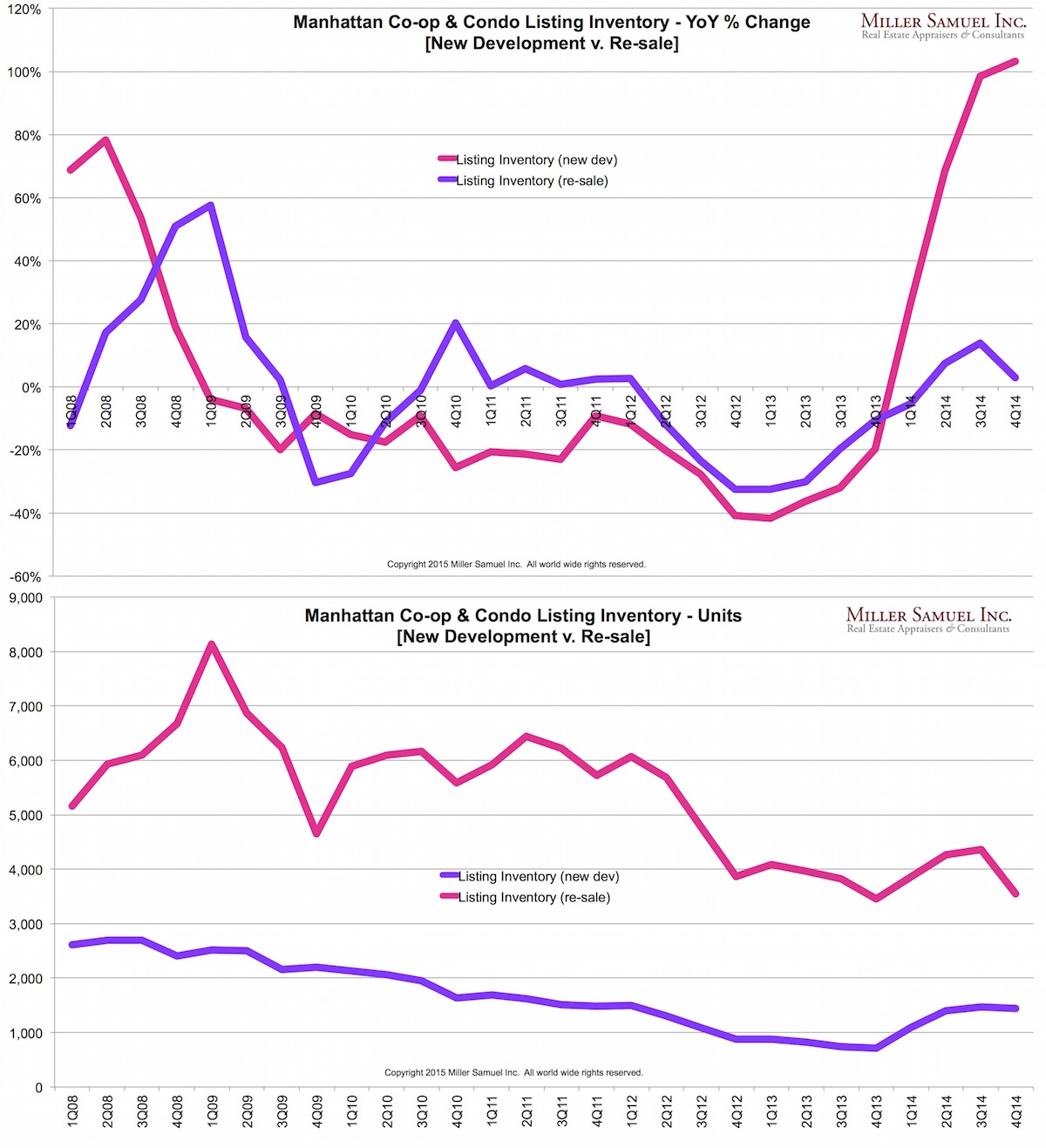