Beavis [1], I have seen the top of the mountain…and it is good. – Butt-head [2].
With this essential bit of philosphy in hand, I am trying to understand the giddy optimism of the prior 7 years of the housing market silliness that created the current housing market issues. 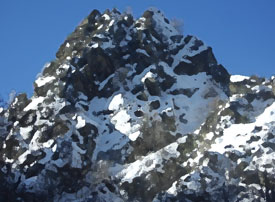 Wondering aloud …what the term value really is? In other words, when someone says that a property has “real” value, what are they really saying? Images of grandparents saying, “I remember when a candy bar was only 10 cents.” When someone looks at a real estate property, they build a sense of value, but what is it they are considering?

Value
Here are some of the ideas within Merriam’s definition [3]:

1: a fair return or equivalent in goods, services, or money for something exchanged
2: the monetary worth of something : market price
3: relative worth, utility, or importance

I think value is a “relative” term such as the words similar, superior and inferior rather than an absolute term. Its what a buyer establishes to get a sense of the difference in value between a property on a busy road and a similar property on a quiet street.

The value will differentiate between individuals looking at the same property. Market value becomes conceptual because it is established by many data points made up of sales prices in a specific location that were all based on...you’ve got it…values established between the buyers and sellers.

The value is significantly influenced by whom the homebuyer speaks to and what type of properties are viewed as a basis for establishing value. I think many see some sort of thermometer, or “true” benchmark available somewhere in the public domain, whether it’s a local expert or a resource like a web site. But it’s really about relationships between amenities.

Experts and resources only help guide someone to value, hence the importance of the neutrality of a value resource. In other word, it’s personal.

Wealth Effect [4]
The Wealth Effect [4] causes a homeowner to have a greater sense of worth within the economy. Housing price rises, self-worth rises = wealth effect. Professors Kase, Shiller and Quigley [5] found that the Wealth Effect was more intoxicating when associated with housing over stocks.

…theory of consumption that was developed by the American economist Milton Friedman. In its simplest form, PIH states that the choices made by consumers regarding their consumption patterns are determined not by current income but by their longer-term income expectations.

In other words, current purchase choices are influenced by their long term outlook. The same applies to value and the outlook ran amok during the housing boom. If values are expected to change sharply in the near future, the value changes right now. I run into many agents that don’t understand this concept. A sharp increase in real estate taxes would likely hurt a property’s value, but the impact would be immediate,not when the tax is due. I am surprised how many agents don;t understand this concept.

It can become a self-fulfilling prophecy: An individual’s future outlook is likely tainted by a looming recession and a large swath of negative economic news. Although the property did not change one iota, its value drops without any help from the property owner.

Cognitive dissonance is a psychological state that describes the uncomfortable feeling between what one holds to be true and what one knows to be true. Similar to ambivalence, the term cognitive dissonance describes conflicting thoughts or beliefs (cognitions) that occur at the same time, or when engaged in behaviors that conflict with one’s beliefs.

Sorry this is kinda heavy. I am getting annoyed with conversation about housing these days because the basic input for an individual assessment of value has been thrown out the window. Housing markets can be brutally honest.

Yeah the house sold for $500k two years ago and now can be had for $400k. Is there a lot of “value” implied in the new price? Probably not. The comparison needs to be made against competing properties, not a prior sale of the same property. Chances are that home can be purchased for $400k because that’s the going rate. Foreclosures are often hawked as low priced sales with good “value” when factors such as condition, configuration and liens can explain why the property is selling this for less.

Yup, that mountaintop is good.

Whaling over phishing: I got one of those emails a few days ago and did a double take. [9]