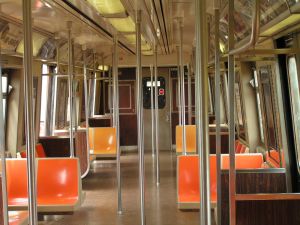 As I was making my way from Grand Central to my offices off Fifth Avenue, I was struck by the surreal feel of the city. The Transit Union finally went on strike [NYT] [1] for the first time in 25 years. I never thought they would strike because it would violate the Taylor laws with fines of two days pay for every day on strike.

Undoubtably the strike by 33,700 subway and bus workers will cause extensive economic damage to tourism and companies who do business here.

Fifth Avenue was nearly empty when I crossed it, except for several skate boarders and bicylcists who ventured out in the 22 degree weather. All the cabs had their available lights on as they picked up to 4 passengers by a zone system. I heard stories in the elevator of people begging others to get in their cars since the police were strictly following the 4 passenger per car rule for cars entering Manhattan.

Here’s an appropriate article from The Numbers Guy How to Split a Shared Cab Ride? Very Carefully, Say Economists [WSJ]

Whats not to love about New York City!