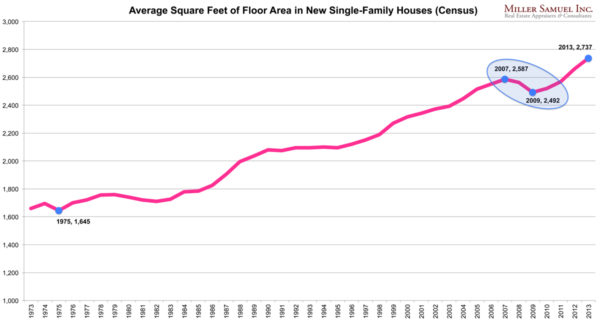 With big swings in housing related trends over the past decade, long term patterns are called into question. When a long term trend seemingly changes direction, it is reasonable to point it out. As I opined previously [1], the housing industry often defaults to linear thinking. It’s not enough to point out a trend, it is better to proclaim that the trend will run indefinitely because consumer tastes have changed.

Here are a few examples of trends in the US housing market that are not trends: 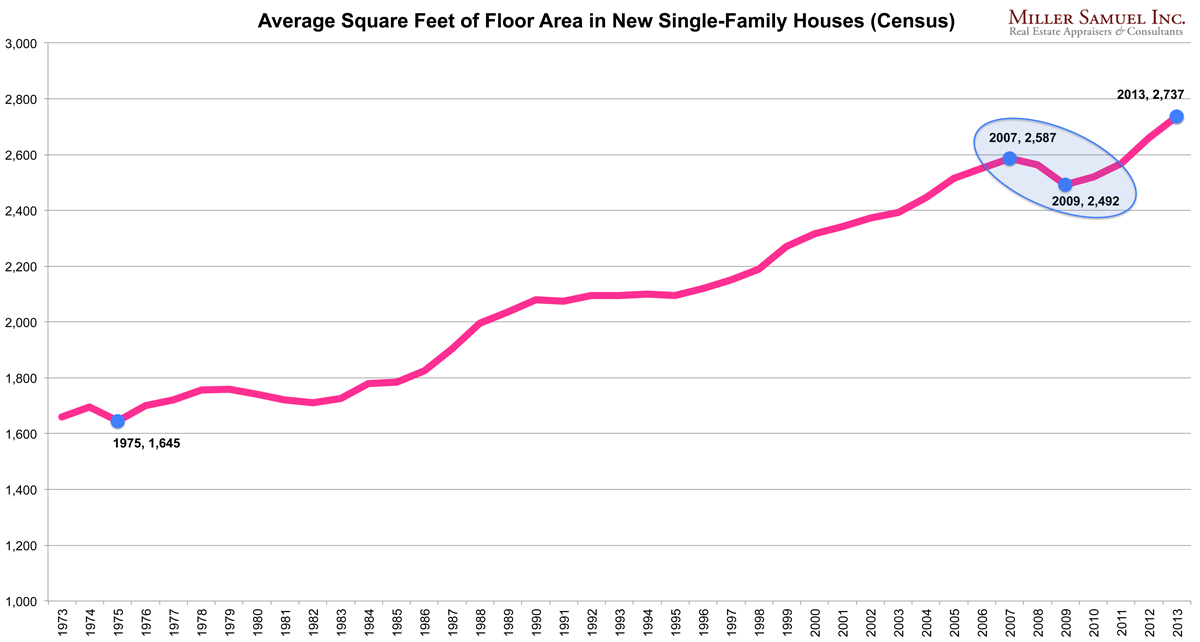 When the housing bubble popped in 2006, shortly after it was pronounced that the multi-decades long trend would reverse it self. Yet the change was a purely short term economic shift as the entry level surged with the sharp decline in mortgage rates. After a few years, the trend of expanding sizes resumed. I’m not saying that the trend will run indefinitely larger, but it is important to look at why the average square foot began to fall in the first place. A harsh economic condition with a rapid rise in affordability prompted in a shift in the mix. And remember, this highly referenced metric reflects new homes which is only about 15% of normalized housing sales.

Perhaps one of the largest misinterpretations of consumer trends has been on the subject of homeownership. As is evident in the chart, the heavily documented push to higher homeownership played was a sudden burst rather than a long term gradual change. The surge in the trend was artificial, based on fraud and unsustainably loose credit conditions that where based on NOTHING. With the multiyear decline, we are beating ourselves up over the decline in the homeownership rate yet we are reverting to the mean since credit is unusually tight. In fact the median homeownership rate of 64.8 over the past 49 years is exactly where we are right now in 1Q14. Will the market overcorrect towards rental? Yes I believe it will until tight credit conditions resume to more historic norms.

Will the US become a nation of renters and micro-houses? If one makes those arguments out over the long term, I don’t know what compelling information those trends would be based on.